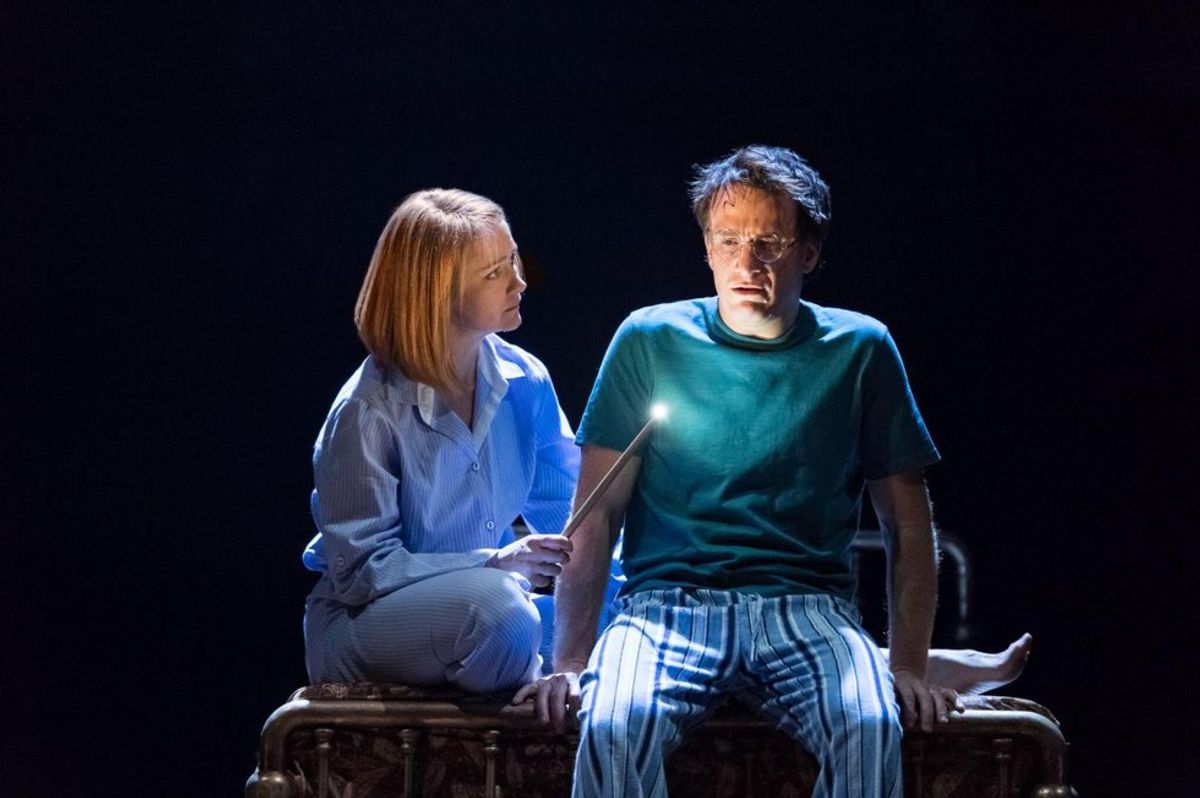 So the lovely J.K. Rowling finally released a new Harry Potter book, "Harry Potter & the Cursed Child." If you're like me, you've already finished the new book. Us Potter-Heads take pride in how quickly we read the series the first time to show our true addictions as kids, but like why did we all get through it so quickly this time? Maybe because we expected more of it.

J.K. I'm talking to you now. "Cursed Child" was not enough to fill the void you've created! I need you to understand Joanne, "Cursed Child" left some SERIOUS problems brewing in my heart and head.

(no spoilers will be announced in this article)

I mean, give or take a page, it's only 300 pages. What the f*ck? The prints huge and the book is huge. This book should have been an easy 500 pages.

2. It's not even technically a book.

It irks me that you broke book-code and went into playwriting, J.K. Rowling. I wanted to read a book that would wrap me up in Hogwarts and fill me with the scents of Butterbeer and Quidditch pitches, not make me think of a set constantly changing and bad production lighting.

Yeah whatever, "Cursed Child" is supposed to be about his kid. I'm not obsessed with his kid, or I wasn't before I read the book. I wanted to know what the hell was going on for the past two decades with Harry, Ron, Hermoine, and most importantly- Minerva McGonagall. (She's most important to me, okay!)

4. The "acts" or "chapters" or "scenes" (or whatever they're called) were really short.

I mean like short AF. Some were only a page.

5. There were some surprises I was not ready for.

This isn't a bad thing! This is good. I had to put some good things in this article because I really did enjoy the book. But like, holy sh*t. I was not ready for some of the shit that happened.

6. My heart was not played with to the level I expected it to be.

The Harry Potter series has been sort of an addiction of mine, I mean I have two tattoos dedicated to the fandom. But I'm kind of mad the book wasn't longer because there weren't more chances to have intimate moments with the characters. Like when Harry sees his parents in the Mirror of Erised. Or when Hermoine and Ron share their kiss in the chamber of secrets. I love going through those emotions with the characters. I'm too empathetic in that way I guess.

7. What happened to Draco is mean.

That's all I'm going to say on the subject. You know what you did. I feel bad for the poor man.

8. We never find out if Dolores Umbridge is in Azkaban or not.

I guess that's a spoiler. But I mean it's not a big one. I just really hated that bitch.

9. Hogwarts is supposed to be everyone's home.

My image of Hogwarts being this amazing magical place is kind of tainted now. Seeing someone have the perspective of it as someone did. (no spoilers**)

NO SPOILERS*** Just gonna put it out there. Like really? That's how you're going to end the past like six years since I got to read a Harry Potter book for the first time? That was just not okay.

Really. Where was he? That's as close to a spoiler as anyone's getting from this post. But seriously. Harry Potter is not the same without that lovable half-giant.