Six callers ahead of us, Jimmyyyy. 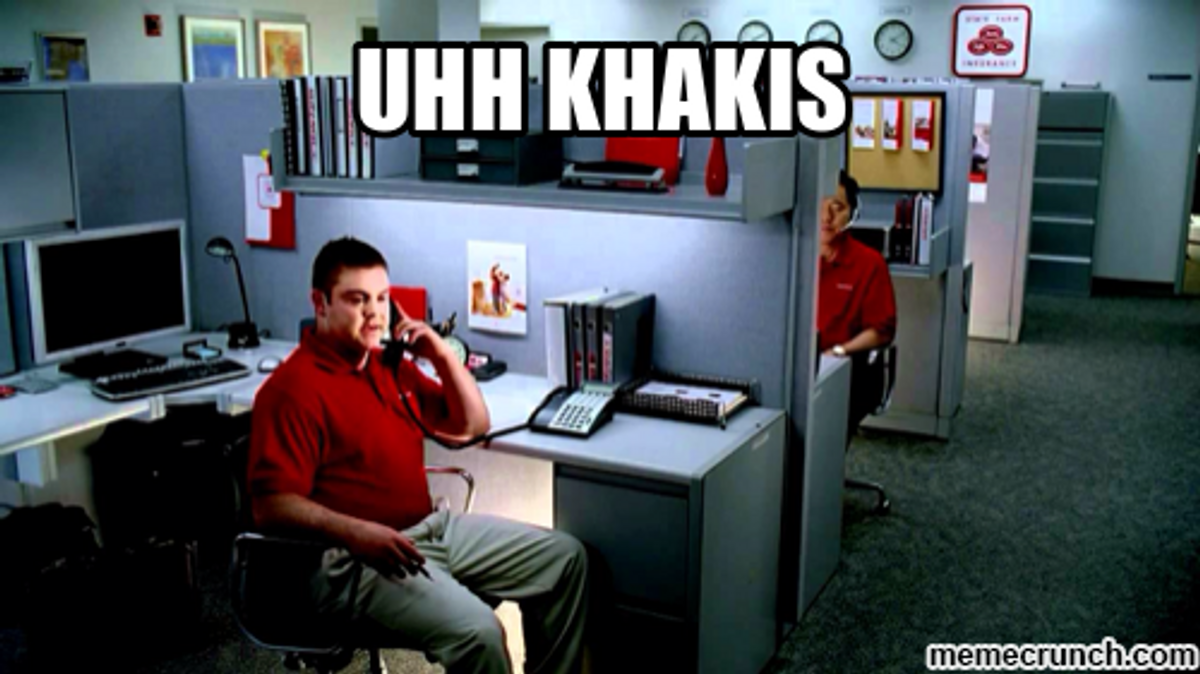 In the midst of television specials and long marathons, commercials are often forgotten and given little attention. It is the never the sole focus when people watch TV. Think of it this way: who watches cable specifically for the commercials?

Commercials are like shows and movies but in little and short form. Some can be entertaining, while others informative. A lot of work goes into each and every commercial and they should be treated with just as much love as their bigger counterparts that take up more time on the screen.

There have been commercials, however, that have made it big. People across the nation recite these popularized phrases and quotes and it rarely ever gets its proper recognition.

Here is a countdown on 11 commercials that should never be forgotten.

10. How Many Licks Does it Take to Get to the Center of a Tootsie Pop

I don't know what was more annoying, the fact that the owl took the kid's lollipop and ate it or the number of times this commercial would play in one hour. Regardless, I would consider this a classic.

9. Like a Good Neighbor, State Farm is There (State Farm #4)

This commercial signifies my childhood. If you don't remember this, basically, this girl tried to put a can of Chef Boyardee ravioli in her shopping car, but her mom didn't let her even though she says in a light voice, "But I like Chef." D': The can of ravioli magically falls to the ground and rolls itself down the aisle, outside of the grocery store, down the freeway, into their neighborhood, and into their house, eventually rolling to the girl’s feet. Totally normal. I see it happen everyday.

DirecTV had a series of commercials called "Get Rid of Cable," where each one included a series of (dramatic) events. My personal favorite was the one that ended with you attending your own funeral.

I actually don't remember what else happens in this commercial besides this.

The start of the Hangry Revolution. It's true though; you're not you when you're hungry.

For a while, AT&T did commercials with groups of children. And each one was funny in its own way. Here's just a few in case you forgot:

- "What's the biggest number you can think of?" "Infinity." "Wow, can you top that?" "Infinity and one." "Sorry, the number we were looking for was infinity plus infinity." "What about infinity times infinity?"

- “What’s better – more or less?” “More is better than less because if stuff is not less- if there’s more less stuff, then you might want to have some more but your parents won’t let you cause there’s only a little bit." HAHAHA, when you're trying to make word count.

- and lastly, doing two things at once. "I can wave my head while I wave my hand." "Wow, I've never seen anything like it."

Geico created a series of commercials with the concept of how happy people who save using Geico are. The one that stuck the most with much of America was the camel.

"I don't have State Farm, but insurance find me money." LOL I die.

I think it's safe to say whoever is creating the commercials at State Farm is a genius and knows what the people need. If you can't recite this entire commercial from memory, we can't be friends.

"Who are you talking to?"

"It's Jake from State Farm."

"At three in the morning?! Who is this?"

"What are you wearing, 'Jake from State Farm'?"

I'm convinced that no one will be ultimately capable of topping these commercials. They officially stand in an imaginary Hall of Fame of commercials.