10 Ways To Tell If Your Crush Likes You
Odyssey
CurrentlySwoonLifestyleHealth & WellnessStudent LifeContent InspirationEntertainmentPolitics and ActivismSportsAdulting
About usAdvertiseTermsPrivacyDMCAContact us
® 2023 ODYSSEY
Welcome back
Sign in to comment to your favorite stories, participate in your community and interact with your friends
or
LOG IN WITH FACEBOOK
No account? Create one
Start writing a post
Relationships

10 Ways Girls Can Tell That A Guy Likes Them

Sometimes guys are a little more obvious than they realize... 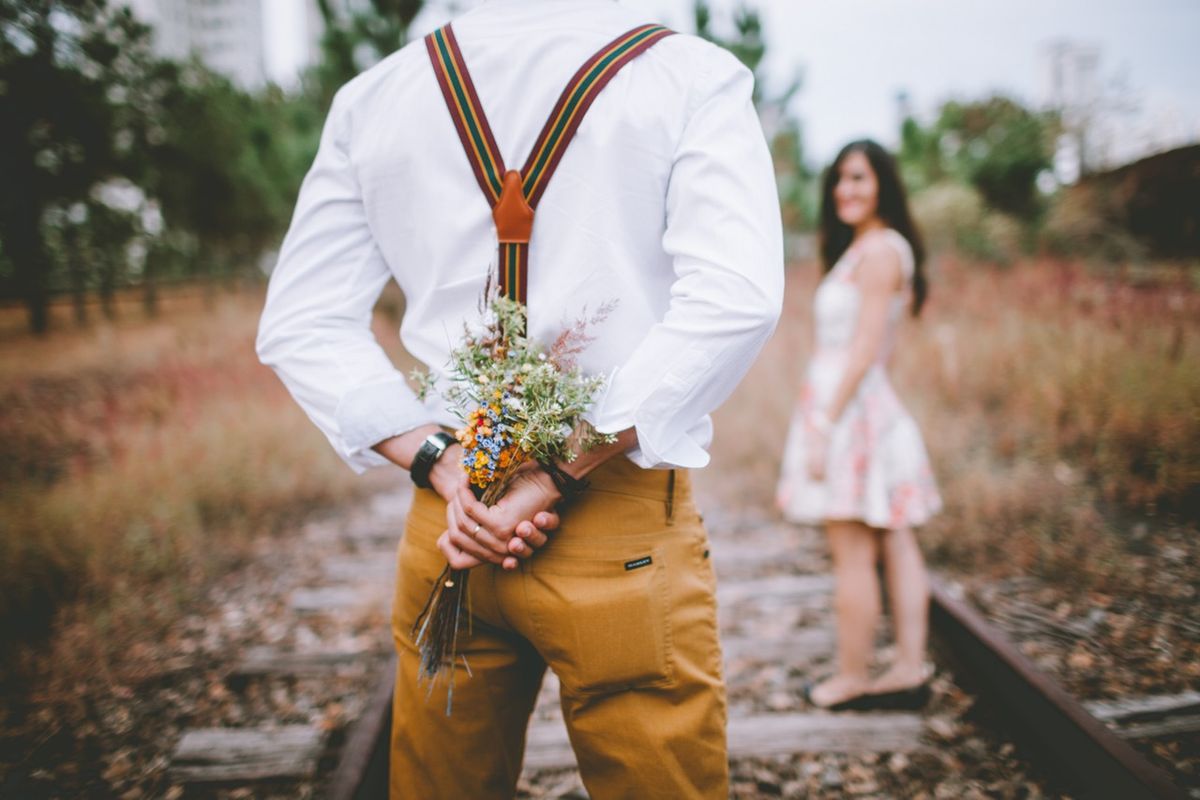 Through my experience, I have seen how for some reason, guys are a little more obvious in showing their feelings than girls are. Yes, guys have a lot of pressure when it comes to being expected to talk to the girl first or be the one to make the first move. But sometimes it’s a lot easier than you think to express your feelings towards someone. And these are the top ten things that girls notice guys do, whether it’s intentional or not.

Any girl who has experienced this knows what I’m talking about. The look that shows he is in a trance and is just trying to figure out what to say next. He’s trying to stay calm, cool and collected while his heart is simultaneously shaking. As a girl, this stare can be flattering but can also be very intimidating if you are not one who enjoys being stared at. So, if you’re anything like me, you are probably just sitting there worrying about whether or not there is something on your face the entire time.

2. His friends try to embarrass him in front of you

Sometimes guys can be hard to read, but when it comes to embarrassing each other in front of girls or someone their friend likes, they are downright obvious. See, while girls will usually keep it low key by nudging or whispering to their friend, guys have no shame in using physical signals to draw a girls attention. Whether it’s throwing something at their friend, pushing them toward her or making the obvious “AHEM!” noise when she walks by, they enjoy every minute of embarrassing each other. While some girls may find this obnoxious, I actually find it quite hilarious. If there’s anything guys are good at, it’s being entertaining and plus, that friend just helped me clarify something I could otherwise only assume, so thanks!

3. He gets awkward or nervous around you

I have to say, this is my favorite. Girls usually expect guys to make the first move; which includes anything from walking up to her first, to following up with her by sending the first text or making the first phone call. I can definitely say that I support this and expect it as well. I feel that any guy who has the guts to do what many guys now-a-days see as crazy, is worth my time having a conversation with. As girls, we know that we expect a lot, so any guy who is willing to step up to the plate deserves a lot more attention than the 2am snapchatter. So, whether it’s talking too fast, blinking a lot, not being able to keep eye contact or slipping in an accidental obvious compliment, girls appreciate it. It’s not only flattering, but comforting as well. In many cases, the girl may be just as nervous and is just better at hiding it than the guy is! This is not something to be embarrassed of but rather to be proud of, because using social media as a way to get a girl’s attention is not the way to go.

4. He asks a lot of questions

For the most part, if a guy is interested in a girl, he’s going to want to know more about her. So this is how girls sense if a guy is into them or not. Usually, girls can tell the difference in a guy’s questions as to what his intentions are. So no, the question, “can you send me a pic?” is not a good sign. However, asking about who she is and the things she likes is definitely a way that girls can sense your feelings towards them.

Personally, I can’t say that I ask my best guy friend the same questions I ask a guy I like because they are not the same things that I would want to know about a guy I might end up dating. So here’s a tip: If you and a girl get into a deep conversation and the questions are flowing between the two of you, chances are, there is some spark of interest there.

5. He texts back quickly

Most girls understand this struggle. I know I cannot speak for every girl out there but us girls usually struggle with guys’ abilities to text back fast. If a girl likes a guy, chances are she wants to talk to you about 90% of the time (with the other 10% of time spent doing her makeup of course). A quick text back or relatively continuous conversation shows a girl that you are interested and want to keep talking to her.

6. He remembers what you said

Let’s face it, most guys don’t listen. If they aren’t thinking about sex or sports, chances are they are not going to be thinking about how your nail polish color’s name is cherry sunshine twist; let alone remember it. So guys, this is how a girl can tell if you like them. If you care enough to remember something personal about her (not necessarily meaning the name of her nail polish color) and you make that known, she will definitely get the hint.

7. He asks about past relationships

Unless you are my best guy friend who already knows the ins and outs of my past relationships, chances are you want to know a lot more than you do. If a guy brings up past relationships, girls typically get the vibe of curiosity based on interest. Guys who have some sort of interest in a girl will most likely bring up past relationships to “see where she is at” mentally and emotionally, so that they can decide whether or not proceeding any further is a good idea. Nothing screams “I LIKE YOU” than the typical line guys use when the ex boyfriend is brought up; “He’s missing out”. Any negative shots you make at the ex boyfriend about how stupid he is for letting her go is an automatic point to yes that you are interested in her.

8. He’s himself, even in front of his friends

I can tell you that there is nothing more annoying than a guy with multiple personalities. A typical complaint from girls is that their boyfriend or the guy they like talks or acts different towards them in front of his friends. Yes we all have our unique relationships with our friends and that can cause us to be more outgoing or more shy around certain people. But any guy who literally speaks or acts different to a girl in front of his friends, lacks confidence and that is a turn off. This is why if you engage in conversation with a girl in front of your friends, not only does it show your confident but how you feel comfortable enough to act the same way around her, as people you are already close to.

This is usually an obvious one. Yes there are guys that suck and try to use compliments as a way to get what they want but I’m talking about the other kind. A real compliment is something meaningful about the girl that shows your admiration for her as a person.

10. He goes above and beyond with dates

It’s simple. Effort=interest. I know damn well that a guy who just wants to “get it” isn’t going to waste his time planning a special date to really get to know a girl who he wants to be with. Now I’m not necessarily talking about going to a Broadway musical or a five star restaurant (but hey if that’s your thing, go for it). I mean more on the lines of making sure it’s something that is memorable and that you would both enjoy. Every girl enjoys different things. Putting in an extravagant amount of effort to get a girl to fall for you is not what I’m saying. Rather you show the effort that you are willing to put in to be with her.
Report this Content
This article has not been reviewed by Odyssey HQ and solely reflects the ideas and opinions of the creator.