The 10 Best Ways To Gain 10 Pounds This Summer In Dallas
Odyssey
CurrentlySwoonLifestyleHealth & WellnessStudent LifeContent InspirationEntertainmentPolitics and ActivismSportsAdulting
About usAdvertiseTermsPrivacyDMCAContact us
® 2023 ODYSSEY
Welcome back
Sign in to comment to your favorite stories, participate in your community and interact with your friends
or
LOG IN WITH FACEBOOK
No account? Create one
Start writing a post
Lifestyle 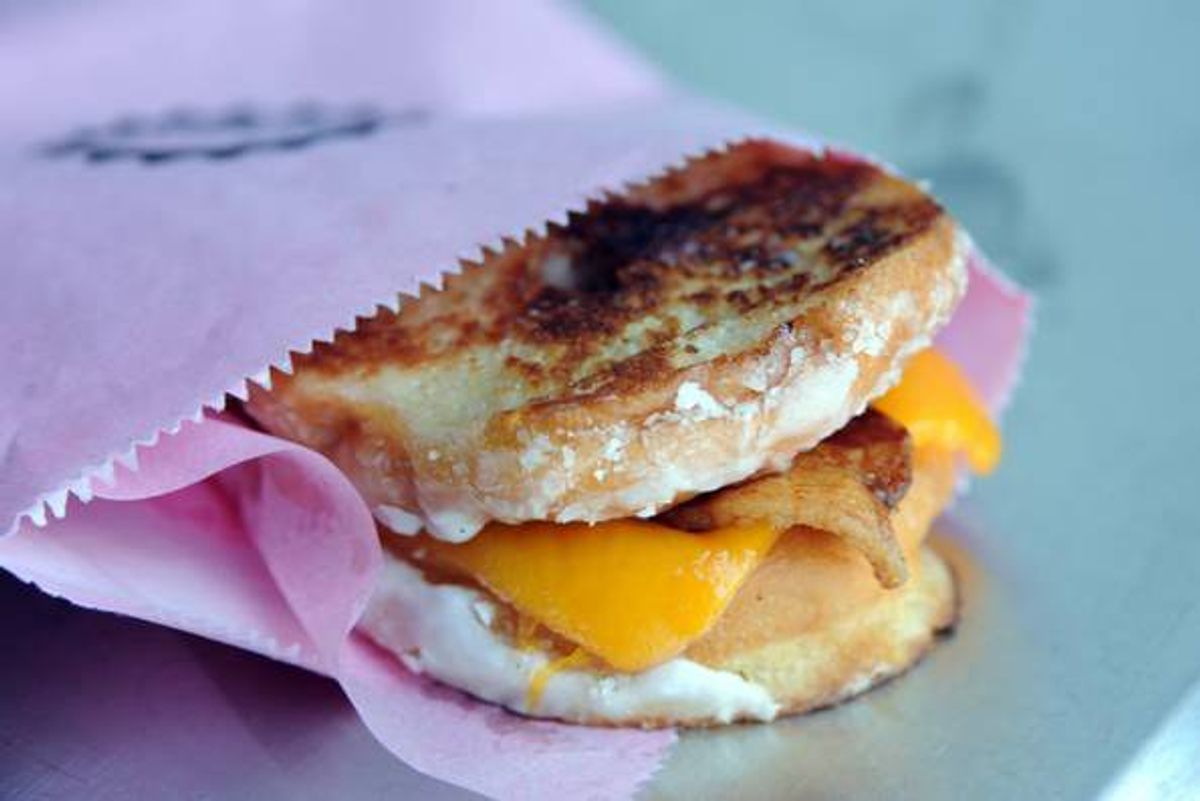 If you didn't quite make the "Freshman 15" this school year, don't worry, I'm here to help you out. If you did, hopefully this article will help you understand the phrase "steer into the skid." Luckily for you, Dallas is full of opportunities. Keep reading to find out how to get a whole new kind of "summer bod." It's gains season, baby.

1. Pave the road to obesity at The Common Table.

One pitcher of their famous Skittles Sangria and you'll be on your way to a juice cleanse that you'll actually enjoy.

2. Put on your fat jeans at Sprinkles.

Sprinkles is really unique in that they have a cupcake ATM. That's right, an ATM that takes both your money and your bikini bod. The cupcakes (or the cupcake ice cream sundaes shown above) are way too good to pass up though, so #noragrets, amiright?

3. Sip your way to adult onset diabetes at The Rustic.

The Popsicle Margarita is a weekend fave for obvious reasons. The winning combination of alcohol and an impending sugar crash will send you into an a post-brunch nap so disorienting you'll wake up not knowing what year it is.

4. Change your spirit animal to "beached whale" at Remedy.

Remedy's famous sundaes are a total 10/10. I would recommend "The Bob" which is basically glorified drunchies combining potato chips, caramel and dark chocolate ice cream into a totally insta worthy dessert.

Finally, weight lifting you can do with a fork. Apparently, the owners of HG Sply Co. are totally into health, which explains why they would put a $25 cheesecake filled chocolate barbell on the menu (i'm assuming it's more for mental health than physical health).

6. Carbo-load for a marathon of eating at Hypnotic Donuts.

If you know me at all, you'll know donuts are the way to my heart. Hypnotic serves up flavors like "Canadian Healthcare," a maple donut with an entire strip of bacon on top. While unlike actual Canadian Healthcare as it is not paid for by the government, this donut is definitely worth the money.

7. Train for a fry eating contest at Grub.

The only thing better than this cheese-covered carb bomb is washing it down with one of Grub's alcoholic milkshakes. Enough said.

8. Raise your BMI at Velvet Taco.

Nine times out of ten, putting a fried egg on something will 100 percent make it even better. And even though Velvet Taco sounds more like a strip club than a restaurant, these tater tots are no exception.

9. Make all the #gains at Emporium Pies.

This famous Dallas pie shop is about to open its third location, and for good reason. I recommend going in and ordering one. As in, one whole pie. Bonus points if you eat it all in a single sitting.

You may not know exactly what you're looking at, so I'll explain it. It's a chocolate piñata filled with churros and dreams. It apparently feeds 4-8 for dessert, but I would suggest simply ordering this as your entree. Total power move.

I would be lying if I said this donut grilled cheese wasn't the best late night menu combo I've ever seen. You know how they say nothing good ever happens after midnight? This hybrid is concrete proof that this statement is false.

Whether you're staying in Dallas all summer or vacationing for a week, be sure to hit all these savory spots. Another great thing about Dallas? No nearby beaches to worry about comparing your glorious summer bod filled to the brim with deliciousness to those clearly missing out.