10 Things To Keep In Mind During Fraternity Rush
Odyssey
CurrentlySwoonLifestyleHealth & WellnessStudent LifeContent InspirationEntertainmentPolitics and ActivismSportsAdulting
About usAdvertiseTermsPrivacyDMCAContact us
® 2023 ODYSSEY
Welcome back
Sign in to comment to your favorite stories, participate in your community and interact with your friends
or
LOG IN WITH FACEBOOK
No account? Create one
Start writing a post
Student Life

If you get an early bid, don't act like you're already in. 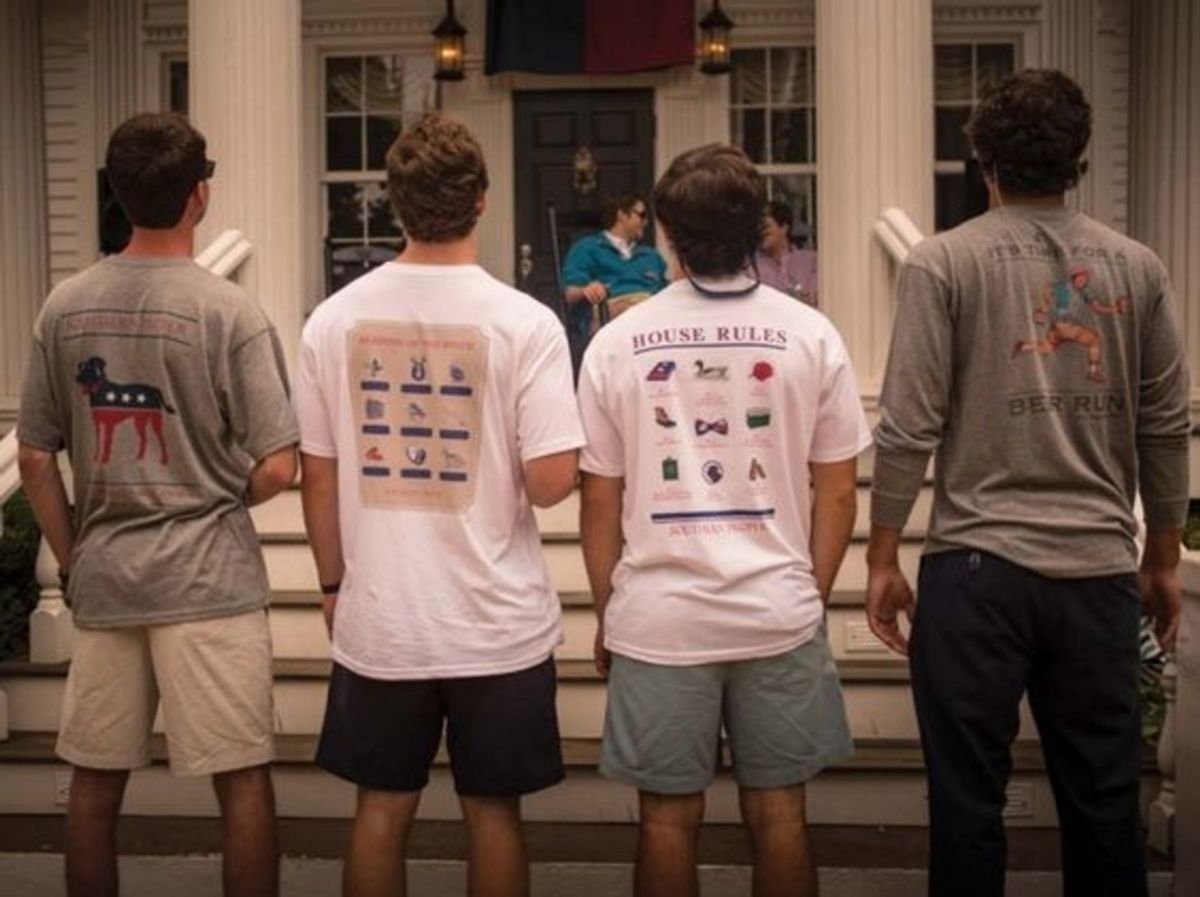 If you ask any fraternity man about his rush experience, he will tell you that it was some of the most fun he had in college. Sorority women will give you horror stories of all the hoops they needed to jump through during their recruitment or how much they were sick of clapping and jumping after the first night. Fraternity rush is much more laid back than any sorority recruitment, especially on campuses that have no formal rush.

I have been involved in the rush process at two different schools, one having a formal rush and one without. While formal and informal rush are two different processes in recruiting, the principles of recruitment remain the same. I have been that 18-year-old kid trying to pick the right organization and I have been the rush chair actively pursuing well-rounded men to join my organization. While fraternity rush is not as stressful as sorority recruitment, there are still many ways that someone can find themselves bid less past bid day. I hope these tips can help an upcoming freshman understand what fraternities look out for during rush and how they can land themselves in an organization that they will love until death.

Some schools don’t participate in summer rush, but if the school you’re attending does I urge you to participate. Some of the most fun I had while rushing was at summer rush events. It gives you an opportunity to not only get your name out there to the guys in the fraternity, but also helps with making friends before you arrive on campus. These events usually include float/canoe trips, lakehouse parties, or just coming to the fraternity house for a party. Not everyone attends these parties so you might be one of seven freshmen at the whole event, which gives you the opportunity to make friends with the guys in the fraternity. When you move in August you'll know exactly who to call. It was a big factor to me in making my final decision on which bid to take. Besides the events at your orientations, Greek organizations will have tables for you to come talk to them. DO IT. Be sure to exchange numbers with them so they can invite you to events in the fall.

2. Don't just wait to be approached.

Fraternity men aren’t perfect; we can’t just meet every freshman on campus. So if you have an interest in joining or getting to know more about greek life, pursue it. Grab your roommate and walk over to the houses, or if you see a guy in the student center with Greek letters on, stop and talk to him. You can’t just sit and wait to be courted like a princess.

SEE ALSO: 22 Politicians Who Were Also In Fraternities

3. Hold your cards close to your chest.

What I mean by this is don’t be forced into making a decision. Chances are you will get more than one bid, but don’t feel like you have to rush to make a decision. Get to know the guys in those fraternities as well as getting to know what they represent on campus as well.

4. Girls can make or break you.

I’m not saying don’t chase girls during rush, but don’t make a fool of yourself doing it. You are always being watched. Not only by the guys in the fraternities but by every girl they associate with. If a girl thinks that you aren’t worth being in the fraternity she likes, she will voice her opinion to the guys and that could ruin your chances at getting a bid from that fraternity. Most Fraternities pride themselves on being gentlemen. If they don’t think you can fit that mold than they won’t ask you to join.

5. Handle yourself at parties.

You will be remembered for your actions at parties. If you are the guy who passes out in a trashcan or breaks a glass bottle in the parking lot, it won’t make you look good in the long run.

Fraternity life is more than what’s portrayed on TFM. The guys want to know about who you are and what you want to do in your life. They are looking for the best well-rounded men to join them. If you just talk about picking up chicks and partying it doesn’t make the guys think that you are someone who is trying to join for the right reasons.

We are in college to get an education. Fraternities want men who can party hard, but work harder. If you skip class constantly and act like you don’t care about school then you can forget about receiving a bid from a fraternity.

8. Don't fall for the prestige.

9. Pay attention to who you are rushing with.

When you go to rush events you will start seeing the same freshmen guys that you see every time you go to that house. Get to know them; they could be your future pledge brothers. Don’t always base your decision on the guys you might pledge with, but definitely keep it in mind.

Bids can be taken away just as easy as they can be given out. Also remember that after bid day you begin pledgeship. So, just because you have signed a bid card doesn’t give you the right to forget that you are still rushing and have to act accordingly.

Above all else, remember that rush is supposed to be fun, so enjoy the process. Just remember to loosely treat it like a three-week job interview, where not only are you trying to impress, but you are also searching for your best fit.