10 Reasons Why You Should Party In College
Odyssey

10 Reasons Why You Should Party In College

A response to people who didn't approve of "21 Things To Do Before Graduating From Radford University." 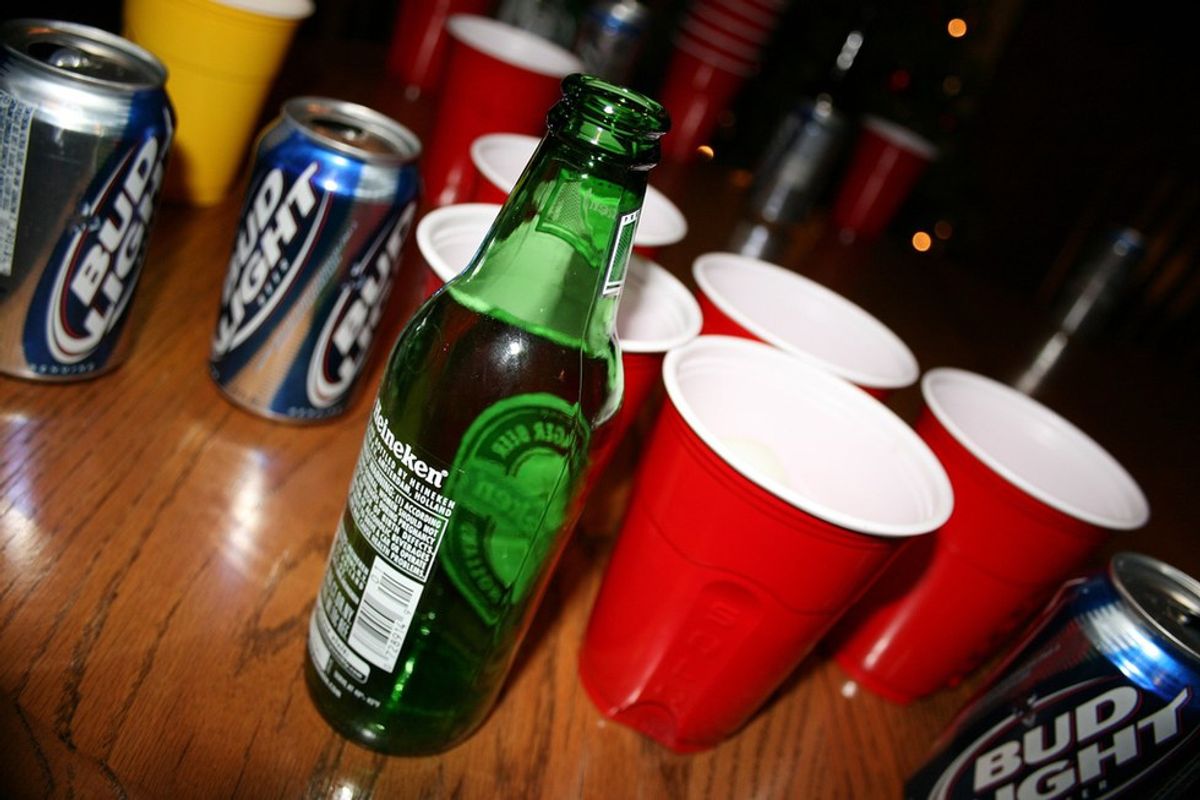 Two weeks ago, I wrote an article entitled, "21 Things You Should Do Before Graduating From Radford University."The article received an amazing number of shares and while I received so many great comments, I also caught some flack for the amount of times I referenced "drinking" or "partying."

For those who don't know, Radford University is a medium-sized Virginia college with a reputation as a "party school". This reputation is completely unfounded and despite the ability of the Radford student body to throw epic parties, our school has much more to offer than keggers. (See my previous article, "Stop Putting Down My University.")

Many readers of my "21 Things To Do" piece were unhappy that my list contained so many points about partying as they felt that I was perpetuating the stereotype that my school was geared more towards alcoholics than serious students.

While I understand these concerns, I decided to dedicate my article this week to those who see partying in college as a bad thing.

Without further ado, here are 10 reasons why you should party in college.

This can't be disputed. I've met so many wonderful people around a bucket of jungle juice. When people drink, they let their guard down and it's really a great way to get to know your classmates on a more personal level. I've had so many of my peers turn into my closest friends thanks to one fantastic party.

2. You learn how to socialize.

I was a very quiet person in high school. Having suffered from social anxiety, I had a hard time approaching people and making friends. In college, I fell in with a crowd that was comfortable heading out to the parties each weekend and this practice got me out of my comfort zone, leading to me becoming a more social and open minded individual.

3. You learn to be less judgemental.

Students who party regularly are typically looked down upon for being "underachievers". However, some of the most stimulating and educated conversations I've had with my peers have occurred while at a party. When you go out and meet a diverse group of people, you learn not to write off that kid in your class as a dumbass because he was making plans to go drinking with his friends. The people you meet while out on the town will completely change your perspectives.

Hear me out. We have four short years before we're expected to get full time jobs, get married, and pop out babies. That's four years to get drunk, to try new things, to make bad decisions, to fuck up...do you really want to spend those years inside trying to avoid a social stigma?

Say what you what, but if done properly, drinking is a blast. I'm NOT saying get blackout drunk. That's highly dangerous and scary. But going out with some friends for some drinks and dancing– that's just how you make great memories. Drinking can be a fantastic way to let go of the stress of the week and just relax with the people who make you laugh. There's no harm in that.

6. You expand your horizons.

At parties you tend to be presented with the opportunity to try new things and meet new people that you normally wouldn't talk to. We all want a collection of stories to tell later in life and every chance that you take, every wild thing that you do has the potential to be a crazy story. Disclaimer: Do not get arrested or do heroin.

7. You learn things about yourself.

You learn more about what you like and don't like. You learn about your limits. You learn about how you react in certain situations. This is all valuable character building that you can use in your lifetime.

On the flip side of trying new things, you also learn how to stick up for your beliefs and say "no" if necessary. Those experiences, however minor, help you to become a stronger, more confident person. As I said for reason seven, you learn what you will and won't do and you can define these limits.

9. You could meet your significant other.

My parents met each other at a party, I first connected with my current boyfriend at a party, etc. If you're looking for love, you might very well find him or her on the dance floor of a frat. No shame in that.

Once you're in the "party" scene, you can take a Friday night to relax with some friends and watch Netflix, but if you get bored, you know someone on your phone knows exactly where you can find some jungle juice, music, and good conversation.

Of course, if you're truly just not feeling the party scene, never feel obligated to jump in. I just wanted to write this article to let those who criticized my stance on partying understand a little bit more about why I feel it's such a large part of life at college.

I don't think anyone should be shamed for partying and as I have stated in previous articles, as long as you know first and foremost why you're at school, then do what you want with your down time.

I'm not a one-dimensional person because I go out every weekend. I love books and music and politics. I'm the Managing Editor of my school's newspaper and I take my classes and major seriously.

I'm also a 21-year-old girl who likes to drink with her friends and there's nothing wrong with that.

So raise a Red Solo Cup and cheers to good times with the best people while we're still and young and free!