10 Reasons Why My Love For Joe Biden Knows No Bounds 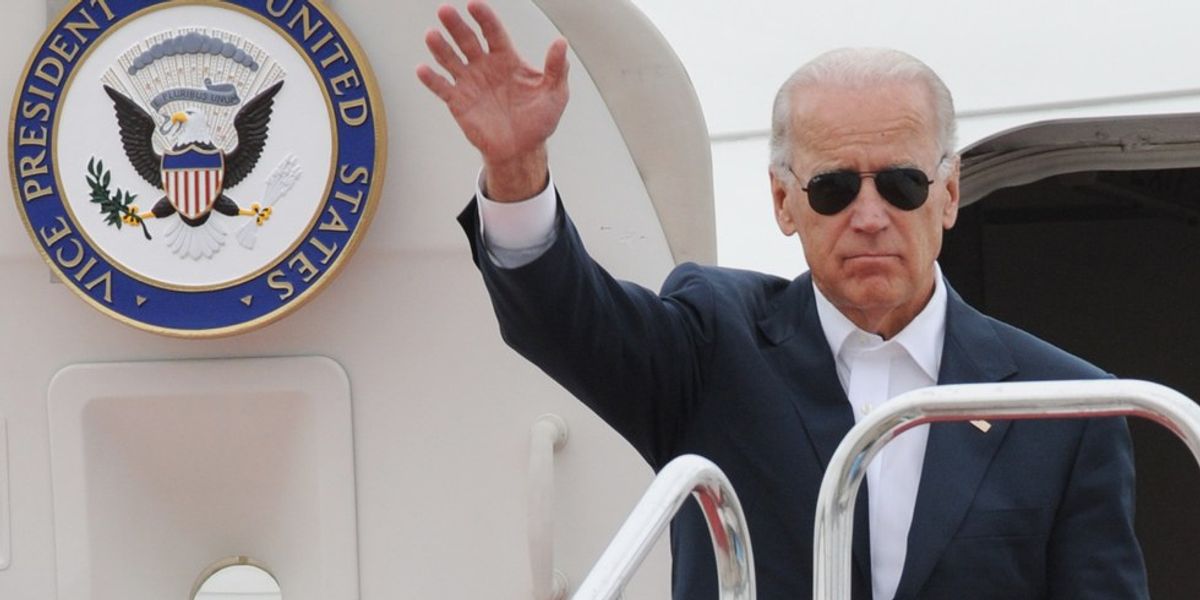 In the words of the wise Leslie Knope, “Joe Biden is on my celebrity sex list… Joe Biden is my celebrity sex list.” Joseph Robinette Biden, US Senator from Delaware for 36 years, and the 47th vice president of the United States of America, is a gem in the Obama administration, not to mention, also the love of my life. Joe Biden almost makes us forget he is a politician, and his quirky personality is very hard not to love. You do not have to agree with him politically to see that Joe Biden is a wonderful human being. However, in order to really love, and understand him, you have to know what he has been though, what he believes in, and who he is. I often get asked why I love our dearest VP so much, and I can never get through my answer before I start to cry because of how much I love him (yeah, I’m crazy, don’t worry I know). The list is endless, but these are my top ten:

1. Joe Biden’s life has been plagued with tragedy, and hardship

A few weeks after Biden won the 1972 Delaware senate election, his first wife, Neilia Biden, his one-year-old daughter, Naomi Biden, and his two sons, Hunter and Beau Biden, were hit by a tractor trailer while they were out Christmas shopping. His wife, and daughter both passed a way as a result of the accident. His sons both survived, however, they were hospitalized due to their injuries, such as broken legs, minor skull fractures, and other head injuries. Joe Biden was sworn in to the senate on his sons’ bedside in the hospital. One of his sons, Beau Biden, who grew up to be the attorney general of Delaware, died of Brain Cancer on May 30th, 2015. Joe Biden himself, had two brain surgeries in 1988. His surgeons told him he had less than a 50% chance of functioning normally, and probably would have trouble speaking.

2. His sense of humor, and vivacious personality is unaffected by tragedy

Joe Biden has an infectious sense of humor. For someone who has faced the life tragedies that he has, you would except him to be a lot more cynical. Instead, his personality is still light hearted and lovable. Regardless of is he is being funny, sentimental, or serious, he is hard not to like/love.

3. Overcame a bad stutter on his own

Up until Joe went to law school, he had a bad stutter. He began to read poetry out loud, to himself in the mirror and overcame the stutter he had his whole life. Now, he even calls his stutter one of god's gifts as it showed him that there are "no barriers to success."

4. He is a practicing Catholic

I have seen people constantly assume that politicians who are Democrats are not religious, or do not care follow their religion, which is generally very false. Joe Biden is very open about growing up Roman Catholic, and being a devout, practicing Catholic. He also raised his children in the Catholic Church, He also carries a rosary with him at all times.

5. Joe Biden has never had a sip of alcohol

Alcoholism runs in the Biden family. Due to this, Joe Biden vowed to never drink alcohol, and he kept his vow.

6. He is committed to educating and ending sexual assault in America, especially on college campuses

In 1990, as a senator, Joe Biden the Violence Against Women Act due to the high percentages of domestic violence against women. The Act passed in 1994, and statistics show that domestic violence has decreased by over 50%. After becoming VP, his focuses narrowed to sexual assaults on college campuses, specifically female students from the ages of 16-24 due the fact that 1 in 5 women with be a victim of violence and/or sexual assault. However, he did not just focus on women, but also began to work hard in education people that men are also victims of violence and sexual assault. He travels from college to college to educate students on sexual assault, and heading the Its On Us campaign.

7. He is also committed to finding a cure for cancer, not just funding cancer research

Beau Biden was diagnosed with cancer in 2013, and died from cancer in 2015. During the 2016 State of The Union address, president Obama announced the Joe Biden was to be in charge of Cancer Moonshot. This was actually a complete surprise to the Vice President, who was unware that he would be leading it, until the State of the Union address. The aim of this new initiative is to accelerate cancer research, improve cancer prevention, and detect cancer faster.

8. He is married to Jill Biden

9. His love for Ray – Bans and ice cream is highly relatable

Who doesn’t love a good pair of aviators and ice cream?

Joe, if you see this, I’m sorry I made my best friend drive past your house in Delaware while I screamed and cried so many times that your security guard took her license plate number. We’re not threatening I swear, I just love you.