10 Reasons Why Home Improvement Will Always Be Iconic
Odyssey
CurrentlySwoonLifestyleHealth & WellnessStudent LifeContent InspirationEntertainmentPolitics and ActivismSportsAdulting
About usAdvertiseTermsPrivacyDMCAContact us
® 2023 ODYSSEY
Welcome back
Sign in to comment to your favorite stories, participate in your community and interact with your friends
or
LOG IN WITH FACEBOOK
No account? Create one
Start writing a post
Entertainment

10 Reasons Why Home Improvement Will Always Be Iconic 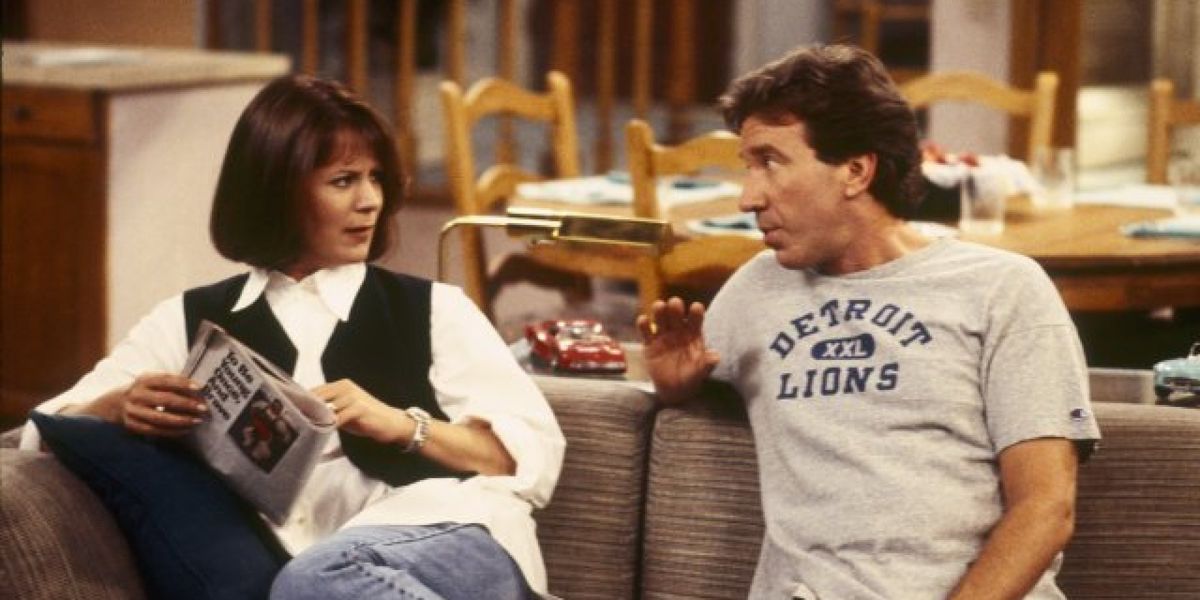 If you have never seen the show "Home Improvement," then you have been done a great deal of injustice. It's one of my favorite tv shows of all time. I personally believe it's Tim Allen's best performance besides his movies. I must admit that I did have a crush on a young Jonathon Taylor Thomas but honestly what person wouldn't? My dad and mom love this show, and they don't enjoy many tv shows. This show will always be tv gold for me.

1. Tim never gets Wilson's advice right, and it's hilarious.

But he gets it right when it counts. He might come off as a guy who is goofy and not exactly bright (no offense), but he understands and communicates in his own way.

2. Tim and Al's dynamic on Tool Time sometimes makes you wonder how the show still runs.

I realized that it's about the yin and the yang, balancing each other out. Tim, with his jokes and knowledge of tools, and Al, with his "I don't think so, Tim" and patience, more or less, balance each other out.

3. The boys' relationship is one that anyone with siblings can relate to.

They are the "no one can mess with my siblings but me" type. In the gif, the guy in the flannel was picking on Mark, so Brad and Randy come over to defend him. Yet any other time, you will see the boys playing pranks on each other and teaming up to play pranks on Tim.

4. Tim's relationship with each of the boys is different and special.

5. Tim and Jill are true #relationshipgoals.

While most of the time it's Tim apologizing, there are episodes where Jill messes up and apologizes. They don't give up on each other and are there for each other when life gets tough. Each episode you can see how much they love and care for each other. The show always shows what marriage is actually like: fights, drama, little things, boring.

6. They all support each other.

In this episode, Jill had to write a speech for the library and was having a hard time with it. So Mark and Tim dress up as women [from the library] to help ease Jill's anxiety over it.

It was common the 90's for women to take care of the house and family while the men went out and made the money. But this show breaks that gender role and many others.

Tim, the human form of masculinity itself, is attempting to step into the role of mom to help the boys learn manners at the dinner table. The role reversal is hilarious and shows that husbands and wives have to share the roles of the parent and of the house equally.

10. This scene that all 90's kids should understand.

For those who don't know, Jonathon Taylor Thomas (actor above) played Simba in "The Lion King".