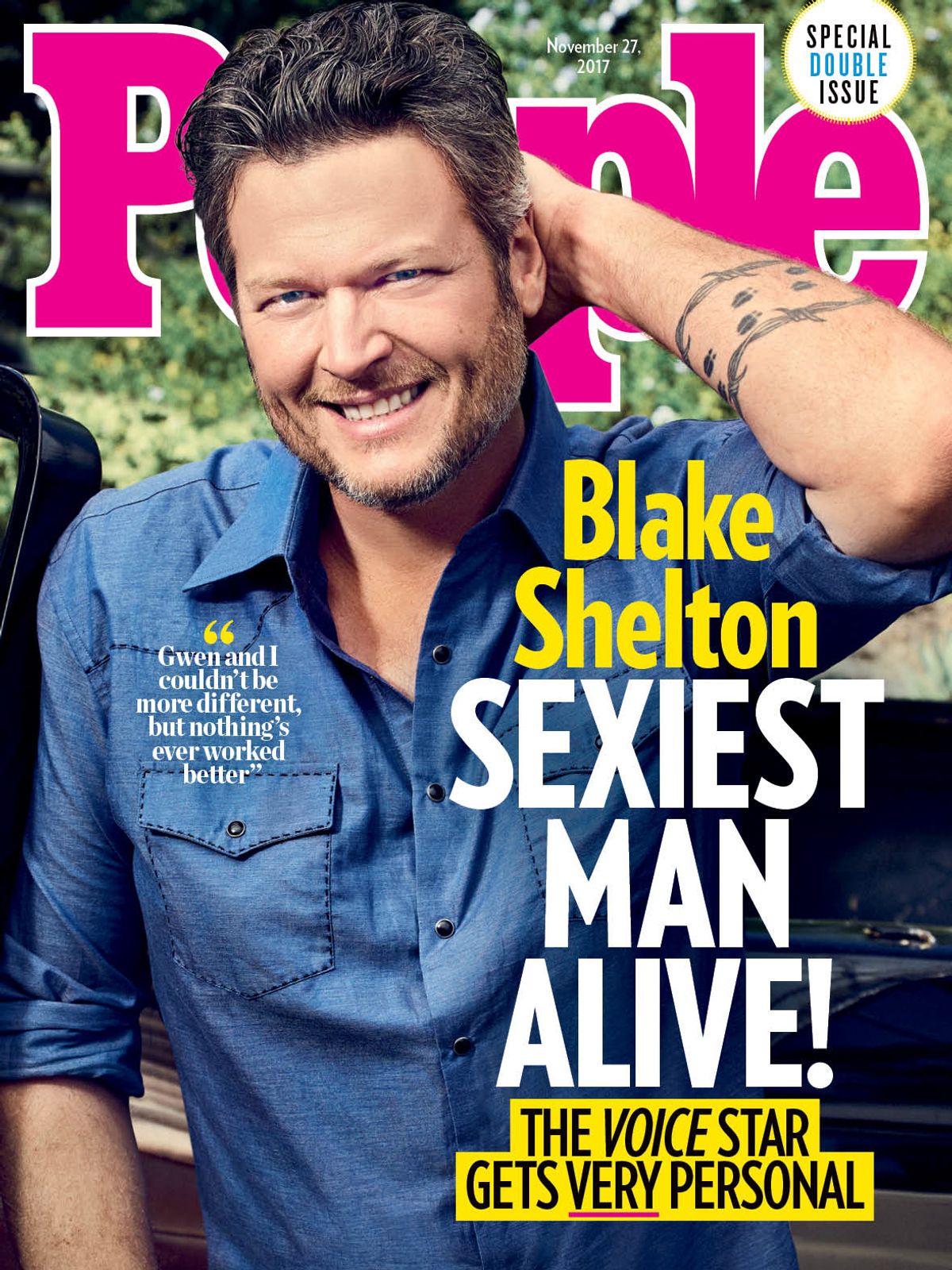 First, let's start off with the fact, I love Blake Shelton. I love his music, I love his style, I love Blake. In a time where "manly men" are a dying breed, we have Blake's beacon. So down with the hate, and up with the Blake!

Here are 10 reasons why People magazine hit it right on the head in 2017.

Also, the entire line is a bunch of plaid shirts. I saw this and started dying. This man does not take himself seriously and I love it. He is OK with making fun of himself, and I'm all for it. Also, look at that pun in the slogan; golden.

His clothing line is entitled, "Bullshit." Also, the entire line is just a bunch of plaid shirts. I saw this and started dying. This man does not take himself seriously and I love it. He is OK with making fun of himself, and I'm all for it. Also, look at that pun in the slogan; golden.

HELLO, HANDSOME. Who doesn't love a good glow up?

Blake is like a fine wine; better with age. Now don't get me wrong, the young, southern boyish charm is endearing, but the silver fox wins my heart. He went from Brooks and Dunn Jr. to the George Clooney of country music.

Let's be real, the tattoo is terrible. It's almost so bad that it's cute. I mean come on, it's exactly the type of ink a Good Ol' Southern boy would get; it's endearing and I'm living for it. Let me know who else can rock such a "statement piece" and still be oh-so-sexy. Blake wouldn't be Blake without his hooves!

SWOON. The phrases this man uses just ring in my ears with that deep southern accent. Mr.Oklahoma takes "Bless your heart" and gives me a heart attack. There's a reason they call it southern charm, ladies and gents.

Ladies, you're lying if you haven't blushed while watching The Voice.

WHO CAN RESIST THAT FINGER WIGGLE!?

In 12 full seasons of The Voice, Team Blake has won FIVE seasons. That is the most wins per coach. Mind you, he is also the most consistent coach on the show as well, but there's something to be said for loyalty. Also, if you haven't seen his banter with Adam Levine, you're just missing out.

BABY BLUE EYES. Ugh, just look at that stare. Boy, I'd let you drink me like Spanish wine.

God Gave Me You, Honey Bee, Sangria, Neon Light. PLEASE SERENADE ME. No one talks to a woman like Blake Shelton. Nothing, I MEAN NOTHING, is sexier than a man singing about how he wants to take care of you, then "take care of you." Sing to me, Blake. P.S. he's also really good live.

This man has more facial expressions than Garth Brooks has Platinum albums. But, that damn smirk; it comes in many, many, forms but heck, it'll get ya every time. It fits his playful personality so well.

As sweet as he is to Gwen, I'm talking about how he is a class act. Blake Shelton is a humble, kind, down-to-earth man, who gives back to his community. You need to watch him talk to these families; this is what a real man looks like.

Glorie Martinez
4365
Why I Write On Odyssey