It's so much more than just singing and dancing. 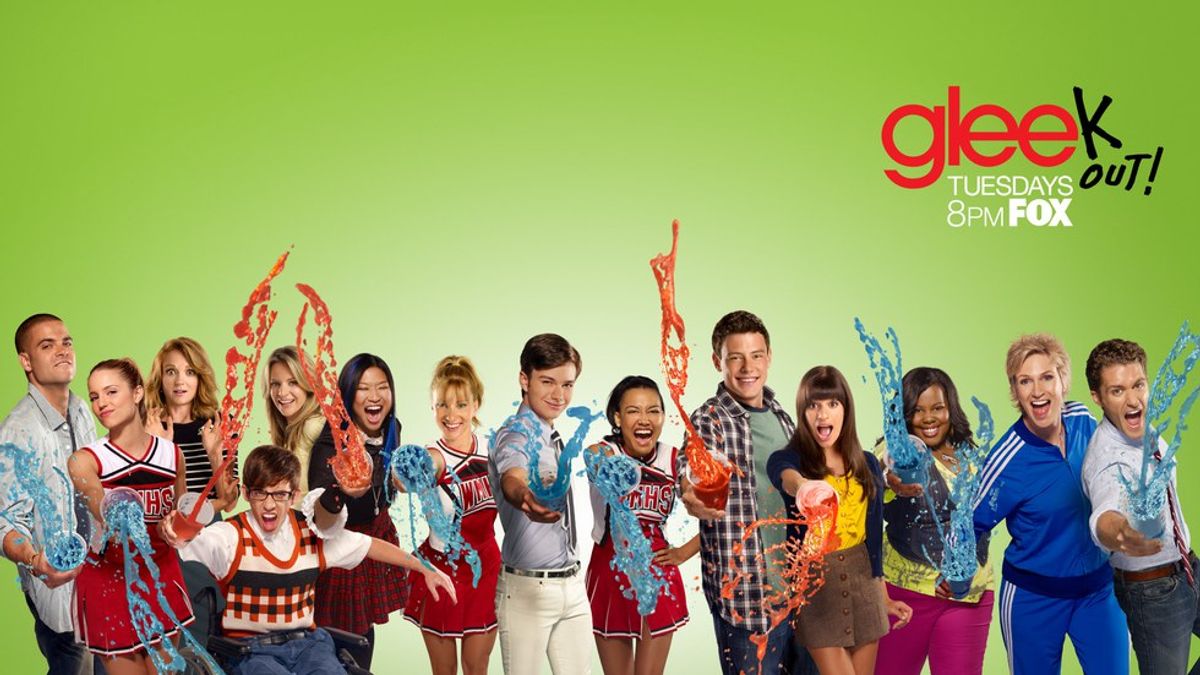 1. Don't let anything or anyone get in the way of your dreams.

Do you think if Rachel Berry listened to what everyone was saying when they called her a loser and said she couldn't make it, do you think she'd have that tony award? Don't let people discourage you and make you stray away from your dreams because your dreams are all you have.

We always look to someone else to give us love but what we sometimes forget is that there is someone who loves you, you. Sometimes, the love you have for yourself can be enough. Besides, you can't expect to love someone if you don't love yourself first.

3. Don’t worry about labels. You’re just fine being you.

When Finn first joined the glee club, he was the quarterback of the football team and was constantly picked on by the rest of the team. Finn didn’t leave the glee club though, he even said it taught him how to be a man. If you love to sing, dance, or whatever it might be, just because people don’t like it doesn’t mean you have to stop and adhere to the norm of society.

4. Times are tough, but it gets better.

When Karofsky tried to kill himself after being bullied at his new high school after they saw him out with Kurt; Kurt was there for him because he knew how tough dealing with something like that is. Sometimes we hit a bump in the road but you just to keep pushing through because things do get better.

5. Even when you're hurting, smile. Never let them see you sweat.

Things hurt, people let you down, and sometimes things don't go your way. When Becky wanted to date Artie and he said she only saw her as a friend, she held her composure because she knew nothing will change it.

6. Be careful what you say, you don't know how your words can affect someone. Remember when Finn called Kurt's lamp, "Faggy" or when he called Sue's baby retarded?

Just because he had the freedom to say those words, doesn't mean he should. Words hurt people and sometimes, they cut deeper than knives.

Even though Sue pretended to hate the glee club and Mr. Shue, she had one of the kindest hearts. Being kind to someone is one of the greatest things you can be.

8. Sometimes tragedy strikes when you least expect it

When Finn died, that took me and pretty much every gleek out there by surprise. We cried, recorded his memorial episode, (Which I still have) mourned, and then we moved on and continued to watch glee to see how it would end. There isn't always a silver lining to tragedy, sometimes it just happens and we just have to deal with it the best way we can

9. With every emotion you feel, there's a song to go with it.

Where words fail, you can always rely on the power of music to help you express how you truly feel.

Confidence in yourself is key to achieving whatever you put your mind to.