10 Facts About The Fight For MLK Day
Odyssey
CurrentlySwoonLifestyleHealth & WellnessStudent LifeContent InspirationEntertainmentPolitics and ActivismSportsAdulting
About usAdvertiseTermsPrivacyDMCAContact us
® 2023 ODYSSEY
Welcome back
Sign in to comment to your favorite stories, participate in your community and interact with your friends
or
LOG IN WITH FACEBOOK
No account? Create one
Start writing a post
Politics and Activism

10 Facts About The Fight For MLK Day

What is often considered just a "day off" is a holiday in honor of something much greater, and it wasn't easy getting there. 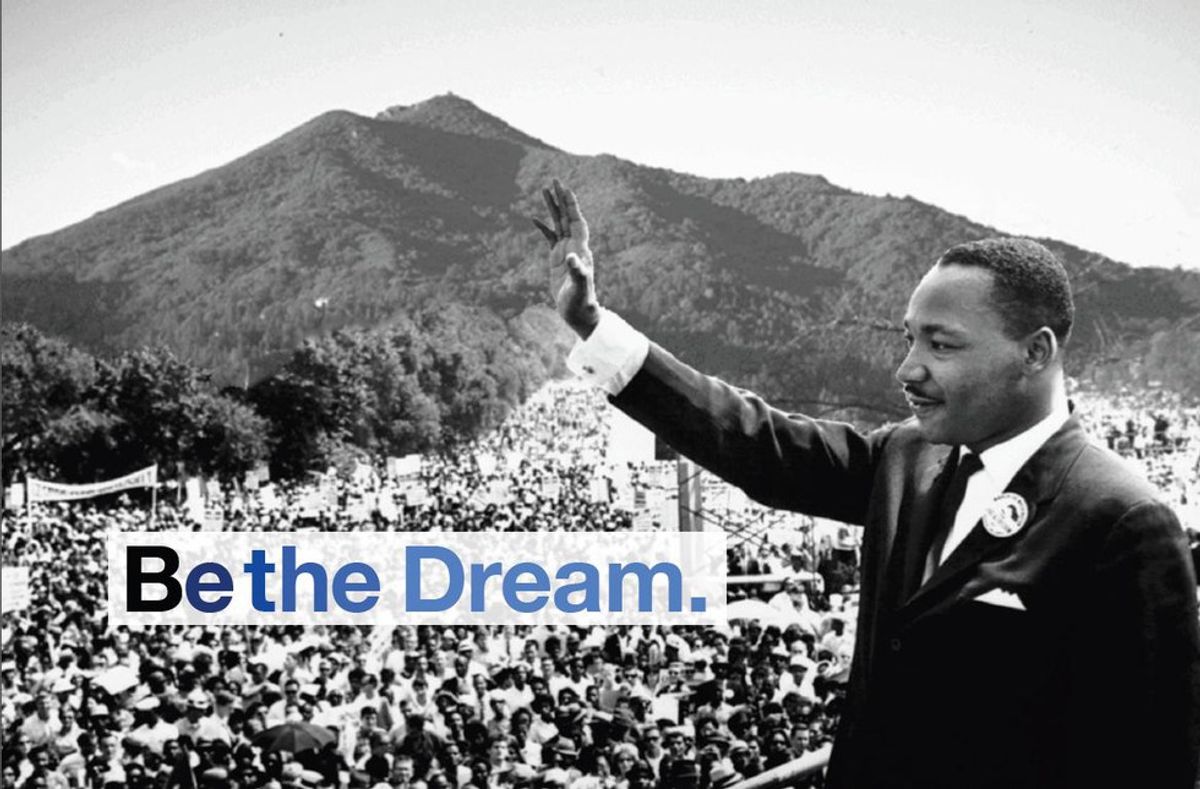 After being in the public education system for over 15 years, Martin Luther King Jr. Day (or MLK Day) simply correlates with "no school" for me. Sure, I know who Dr. King was and what he did for our nation. I know the holiday is always on a Monday in January. But do I often consider what the holiday is truly for? The answer is that I unfortunately do not.

Creating a national holiday in honor of Dr. King was not an easy process, and there are some fascinating facts that I learned about the holiday itself while reading about its history. Not only was it a fight to make it a federal holiday, but it was a process to get it to symbolize what it does today. So in honor of a holiday we rarely regard as highly as we should, enjoy and share these 10 facts about Martin Luther King, Jr. Day of Service.

1. MLK Day is only 1 of 3 national holidays in the U.S. honoring an individual person.

George Washington, Christopher Columbus, and Martin Luther King, Jr. are the only individuals with national holidays honoring them. President's Day, although commonly attributed with Lincoln's birthday as well, was chosen because of Washington's birthday and was originally in honor of him alone. King, however, is the only individual born in the United States (considering that Washington was born in Virginia before the nation was born).

2. MLK Day is celebrated on the third Monday of January because of Dr. King's birthday.

Martin Luther King, Jr. was born on January 15, 1929 in Atlanta, Georgia. We celebrate MLK Day on the third Monday of each January because of the nearness to his birthday.

Michigan Congressman John Conyers (pictured above) initiated legislature to make a national holiday in honor of King just four days after his assassination. The bill was stalled in congress despite the fact that a petition in favor of the holiday was submitted to congress that contained over six million names.

Although several states adopted the holiday on their own earlier than this, it was until congress finally approved the proposal and Reagan signed it into law that it truly began its journey toward a nationally observed holiday.

5. All fifty states didn't recognize MLK Day (by name) until 32 years after the original proposal (2000).

6. In 1991, the NFL moved the Super Bowl from Arizona because of the "MLK Day boycott" that started when the Arizona governor rescinded the holiday.

In 1987, Arizona governor Evan Mecham completed his very first act in office: he rescinded MLK Day. This set off a boycott of the state, and the Super Bowl planned to take place in Phoenix in 1993 was moved to Pasadena, California instead.

Image courtesy of The Library Of Congress.

7. A lot of opposition to MLK Day being a national holiday was because it was "too close to Christmas and New Years."

This was the reason that the holiday was moved from King's actual birthday, January 15, to the third Monday of the month.

8. Other resistance was because they thought the Civil Rights Movement as a whole deserved honor, not just Dr. King as an individual.

According to an article on the history of the holiday by Schmuel Ross and David Johnson, many opponents said that "the entire civil rights movement, rather than one individual, however instrumental, should be honored."

9. The mission of MLK Day expanded to include "humanitarian service" in 1994.

Mrs. Coretta Scott King, the wife of Dr. King, was a huge advocate for the approval of the holiday. Citing her husband’s statement that “Everybody can be great because everybody can serve,” Mrs. King testified before congress in support of making the holiday "an official national day of humanitarian service". Clinton soon after signed the Martin Luther King, Jr. Federal Holiday and Service Act, which officially made the holiday a day of "community service, interracial cooperation, and youth anti-violence initiatives."

Image courtesy of The City of Columbus.

Not only is the holiday celebrated in U.S. installations, but many other nations honor the legacy of Dr. King by also celebrating the holiday.