Get into the spirit with these spooky stories! 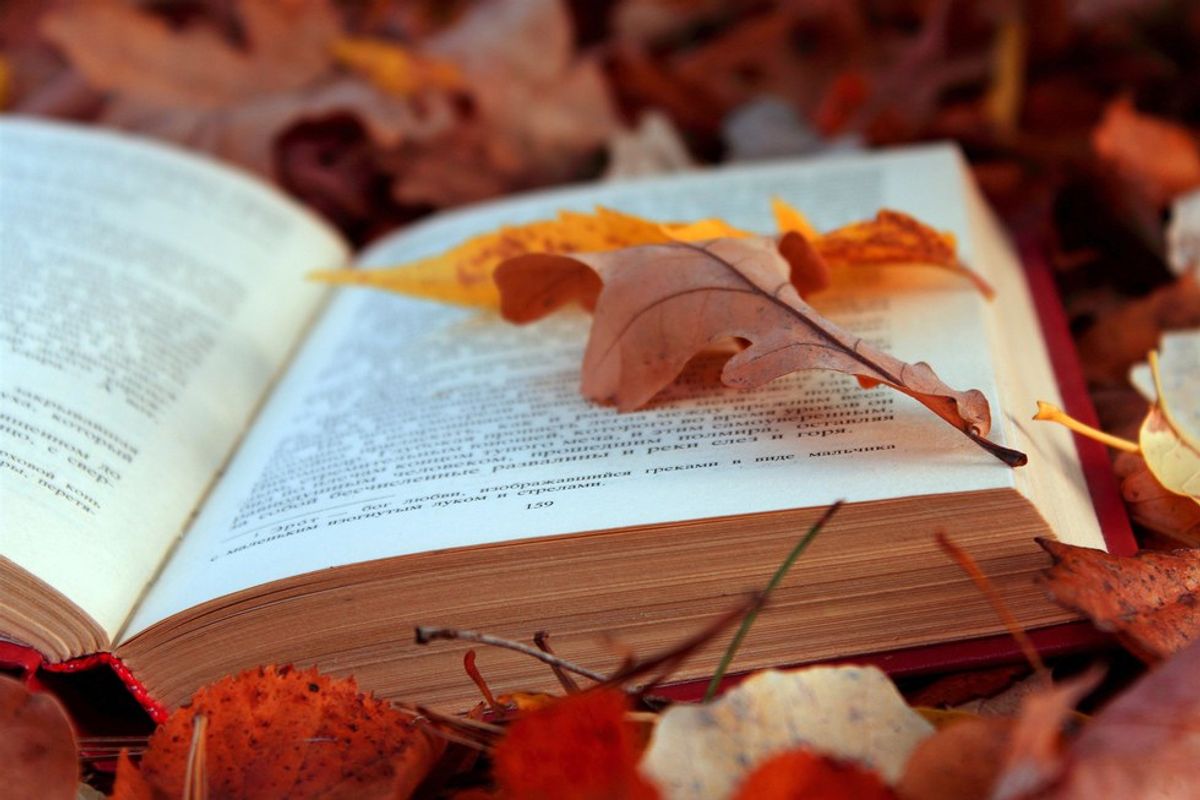 Halloween is coming up fast, and I don't know about you, but I'm ready to get into the mood! I'm talking pumpkins! I'm talking costumes! But most of all, I'm talking books that are eerie, creepy, or even just a little spooooky! Here are ten books you can read to help set the mood this Halloween.

Let's kick this off with an oldy but a goodie: Dracula! The classic monster story filled with creepy castles, evil wives, and a man who's a bit batty (pun poorly executed), Dracula is the original vampire. This book is good for Halloween because it has a sense of intrigue in it, especially when it comes to Jonathan Harker and Mina. The original story is a bit different from the countless movie adaptions, but in some ways it's much creepier. I promise it's worth a look!

I know, I know. Kind of a cliche to mention Poe in a list about books you should read for Halloween. But honestly, there's a reason it's cliche. Poe's stories are rife with horror and deception and just outright madness. Some personal favorites for this time of year would be The Tell-Tale Heart, his poem The Raven, and The Cask of Amontillado. These stories in particular help set the creepy kind of mood that will make you question every sound you hear and will help you develop a fear of basements (or wine cellars).

I recently finished this book, and it destroyed me. It's so heartbreakingly beautiful and poignant that I finished it in a day and almost sobbed at the end from how beautiful it was. A story about a boy named Conor who wakes up from a nightmare one night to find the yew tree in his yard has turned into an ancient monster come walking to his window, A Monster Calls is a fantastic story about the very nature of life, love, and grief. The eerily beautiful illustrations in this edition and the sublime writing of Patrick Ness make this book perfect if you want to look into the more subdued and unearthly side of Halloween.

This book is spectacular! The first in a trilogy (recently finished), and embellished with some truly creepy old photographs, Miss Peregrine's is a truly great book to help get you in the Halloween mood. Jake grows up hearing stories from his grandfather about Miss Peregrine and the children she cared for at a home in Wales. There was the girl who had to wear lead shoes because otherwise she'd float into the atmosphere. There was the girl with a mouth in the back of her head. There was a boy who had a hive of bees living inside him. And Miss Peregrine herself turned into the most amazing falcon. But there were also monsters that chased after the children and made it unsafe for them. Jake never really believed any of the stories...until his grandfather dies under mysterious circumstances. This book will give you goosebumps and leave you wanting to read the rest!

5. The Hound of the Baskervilles - Sir Arthur Conan Doyle


This is one of my favorite - and one of the most well known - Sherlock Holmes stories. This story is different from some of the others, and the mystery takes a turn that even the great Holmes couldn't quite figure out. It takes place on creepy, misty moors in England, with murder and the howling of the infamous Hound in the shadows at night. This classic is good if you want something with a little more mystery in it.


This entire series warrants mention in this list. I cannot stress enough of creepy, weird, insane, otherworldly, and just downright strange this whole series is. And it's very difficult to explain. Essentially (without too many spoilers), The Sandman refers to the "main" character Dream, otherwise known as Morpheus. Dream is one of the Endless, a family of beings who make up some of the basic principles in the world. Dream's siblings include Delirium, Desire, Destiny, Destruction, Despair, and Death (yes, the Death. She's one of my favorite characters of all time. But I digress.) This graphic novel series of 11 books includes short stories, larger plot themes, and really beautiful yet trippy artwork. I can't say much more, but I promise, this is worth your time.

This book is one of my favorites by one of my favorite authors! This book is another beautiful one, filled with poignant imagery and creepy characters and settings. The boy Nobody "Bod" Owens lives in the graveyard with the ghosts and his stoic guardian Silas. The book follows Bod throughout his life in the graveyard, with a sinister plot playing out in the background. Another beautifully illustrated book, The Graveyard Book is a must read if you like the supernatural, coming-of-age stories, secret plots of murder, and a ghoulish good time. Seriously, go read this book. I love it so much.


Oh look, another Neil Gaiman book! This time, this one is truly and completely creepy. It has whimsy, the supernatural, horror, and can give anyone a good case of the willies any time they see a button. Coraline, a little girl forced to move away to what feels like the middle of nowhere with her parents, is bored and in need of someone to play with. Her parents are too busy, the neighbors are crazy, and the boy next door is kind of a creep. So when Coraline dreams up a whole other world on the other side of a small door in her living room, a world that's all about her, with magic, fantasy, and a whole other family with buttons for eyes, it seems too good to be true. But everything quickly takes a really, really bad turn. This is one of the best books I can think of to help set the spooky, creepy, spine-chilling Halloween mood!


What can I say? The guy's brilliant. His books are some of my favorites of all time, and I go to them a lot when I'm out of stuff to read (or even when I'm not). The majority of them have a really wonderful mix of whimsy, creepy, poignant, and just plain fantastic. He writes books for adults, children, and everything in between. Some of my favorites (besides the ones listed above) are The Ocean at the End of the Lane, American Gods, Fortunately the Milk, Neverwhere, and Good Omens cowritten with Terry Pratchett. If you haven't read a Neil Gaiman book yet, and you're in need of something to read this Halloween, I highly recommend you start here.

10. And Then There Were None - Agatha Christie


And, last but certainly not least, here is one of the best mystery books (in my opinion) ever written, from the queen of mystery herself, And Then There Were None. The first time I read this amazing epic, I was in middle school, and I had to read it for a school project. I was up late into the night in rapt attention, frantically turning the pages in this classic whodunnit. Twelve people attend a house party on an island. Slowly, as the name suggests, they start to die off in mysterious and horrific circumstances. Everyone is suspicious of everyone else, and no one is truly innocent. (Ever seen Clue? Yeah, it's a bit like that, but so much scarier and better.) If you want a story that will chill you to the bone, leave you on the edge of your seat, and will throw plot twist after plot twist at you until you're not sure which was is up, this is the Halloween read for you!

Think of a book not on this list that should be? Leave it in the comments below! I'm always looking for new recommendations!