Sexual Assault Survivors Stay Silent Due To Victim Blaming, NOT Because They're Lying 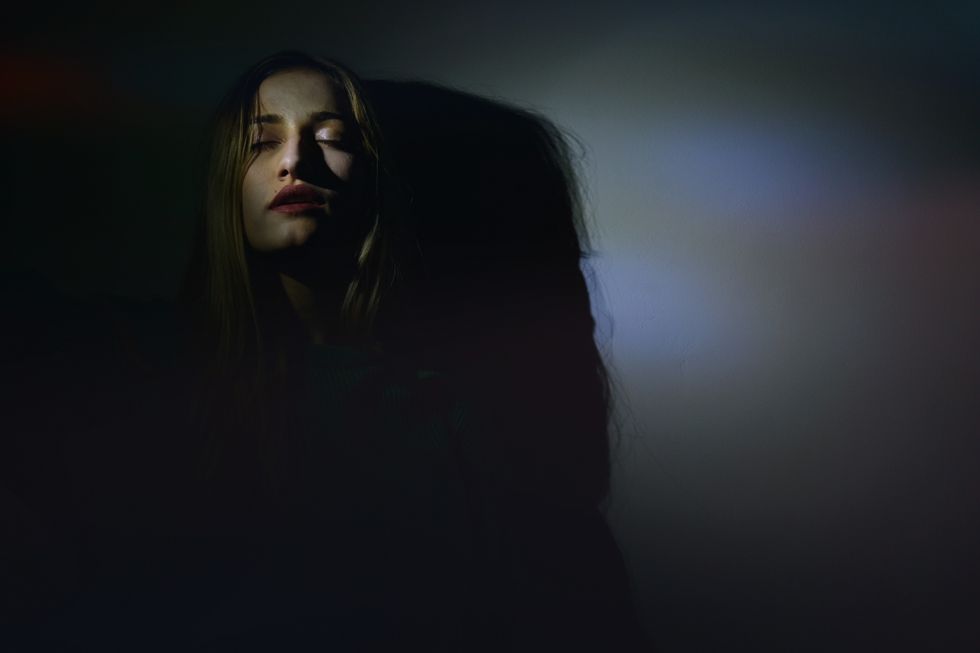 It is true rape is a most detestable crime, and therefore ought severely and impartially to be punished with death; but it must be remembered, that it is an accusation easily to be made and hard to be proved, and harder to be defended by the party accused, tho never so innocent — False Allegations of Sexual Assualt: An Analysis of Ten Years of Reported Cases.

On average, there are 321,500 victims from the age of 12 and older who report rape and/or sexual assault each year in the United States.

The statistics regarding rape and sexual assault are extremely daunting. When an average person looks at those numbers, they are dumbfounded.

They ask questions like, why is there so much violence or why rape/assault another human being?

Here lies a perfect example. Dr. Christine Blasey Ford came forward with sexual assault allegations against Judge Brett Kavanaugh. One of the first questions that was asked of her was, why wait to report an alleged assault that took place over 36 years ago? Why not just report it when it occurred?

What we have here is the standard victim-blaming.

It is the same as when someone states the reason this very intoxicated and provocatively dressed young woman was asking to be taken advantage of.

No one ever dreams of asking anyone to grope, prod or rape them.

In response to the questions asked of Ford, Cameron Kimble writes, "Probably for the same reasons that nearly 80% of rapes and sexual assaults go unreported, according to a Justice Department analysis of violent crime in 2016. The reality is, it's very common for sexual assault survivors — most frequently, women — to decline to report the offense to police."

80 percent is a hefty number when you think about the total of reported rapes and sexual assaults mentioned above and then, you try to figure out the numbers of this 80%. How many victims are out there, wanting to be heard but not speaking up because of the fear.

The fear of being forced to relive the traumatic events of that fateful time, of not being believed, of being put out into the public eye and being made to be a liar or promiscuous. People question what they did to get themselves in their current situation. What were they wearing, doing, eating, drinking? Maybe the victim teased or flirted the alleged perpetrator.

Maybe the oppressor is a friend or a family member or a person that is seen as above reproach; a person of power that seems to be untouchable.

None of these reasons should be enough to keep silent, but the reality is, they do.

Statistics prove that there are much more victims out there in the world who will not come forward.

Twitter as a hashtag titled #WhyIDidntReport. Along with this hashtag, there are tweets of stories where the victims stayed silent for years. Long after the statute of limitations expired. And finally, finds a reason to come forward. Maybe the victim feels they have the support they lacked at the time, maybe they feel they will finally be heard.

So, they come forward. Under #WhyIDidntReport you will see stories that depict reasons why they will not come forward. One tweet from the New York Magazine discusses E. Jean Carroll's account of a violent encounter with Donald Trump.

In the comment section, you have people coming to Trump's defense while belittling Carroll as well as people stating they believe Carroll's story. Carroll's story is not the first when it comes to Trump. She is one of 22 other women who have publicly accused Trump of sexual assault or misconduct.

A theory I have learned throughout my life experiences is this; if one person doesn't like you for some reason, it can be a "them" problem. However, when it becomes a group of people, you have to consider that maybe it is a "you" problem and dive deeper into your self-reflection and see what you need to fix. In this case, 22 women, including Carroll, has accused Trump of sexual assault or misconduct.

As Trevor Noah on "The Daily Show" explains,

"it is interesting how quickly people brush these accusations off. Sometimes people don't even listen. But 22 times is pretty high. You realize Boeing had two planes go down and they were forced to ground the whole fleet because people were like maybe we should investigate what is going on here. And here, we have people going, 'Ah, it is fake news.'"

When a victim sees the amount of publicity that comes with speaking up, they are immediately deterred. They step back and run. They decide to remain silent.

Instead of blaming the victim for crimes committed against their bodies, we need to address the issue at hand. There are people in this world that feels they are entitled to touch whatever they want, whether the person consents or not. That is our problem. These people who feel entitled take advantage of the fact that there are people who will not come forward, therefore making it easier for them to continue their heinous acts against others.

Related Articles Around the Web
advocacy
Report this Content

Don't Judge Me For Wanting To Be A Special Education Teacher