Reforming the Priesthood: A Reflection On James Carroll

Catholic Priesthood Does Need Reform, But James Carroll May Not Be The Answer

These are changes that should have been made way before I became the member of the Catholic Church. 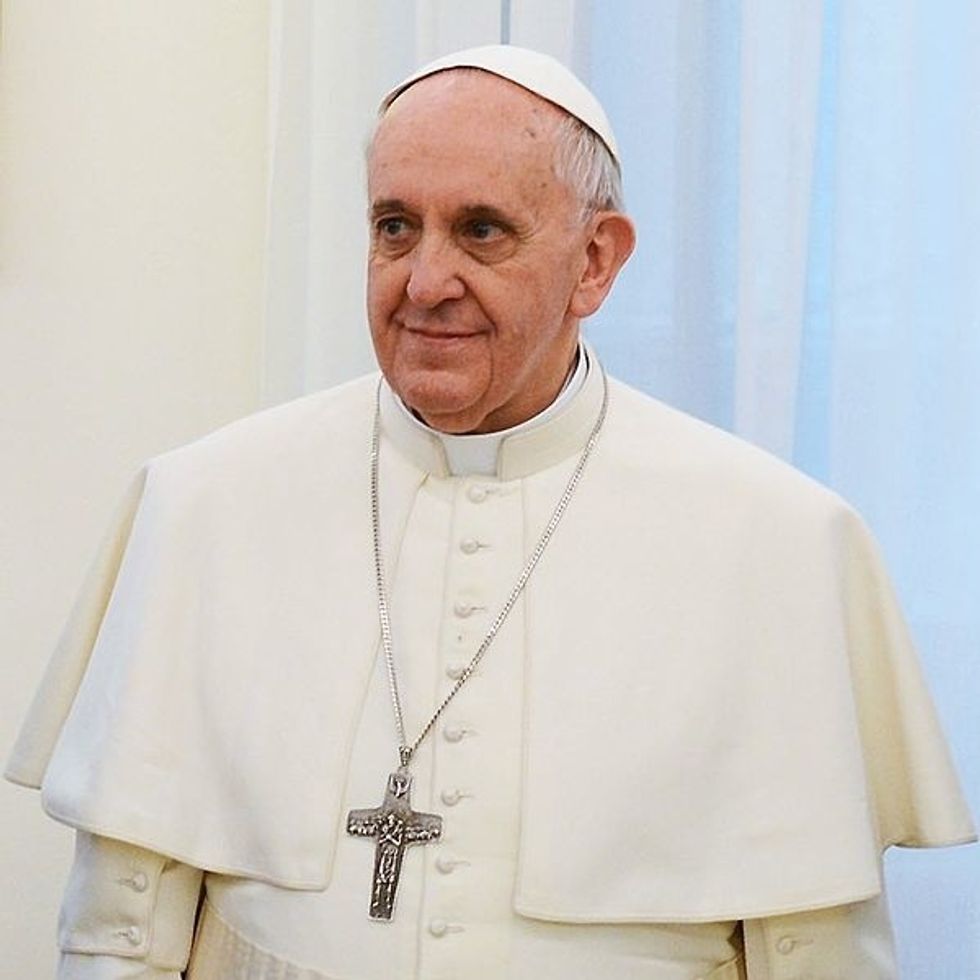 The Atlantic is one of the most prominent magazines in the United States, featuring the likes of Rahm Emmanuel, Ta-Nehisi Coates and a myriad of other thinkers and prominent figures. However, their most recent piece is sure to draw controversy. This piece is called "Abolish the Prieshood" by James Carroll, a former Catholic priest. As a Catholic myself, I felt the need to dive into this article.

Carroll states that his primary reason for seeking to abolish the priesthood is that clericalism has driven priests to become autocratic and forming a hierarchy that is so strong that it, as an institution, shields many of those who commit the worst abuses as documented by myriad news organizations. Furthermore, he sees Pope Francis' actions to be either insufficient or contradictory with regard to his statements about the matter.

Inevitably, Carroll says, that the church must either bring about institutional reform, such as removing the celibacy requirement, bringing laypeople into positions of power and allowing women into the priesthood, or be brought to it by de facto disobedience of church doctrine. That would be, in effect, removing Catholics from the mass while retaining a distinctly Catholic approach to issues like charity, service and culture.

He still advocates for Catholics meeting in a more disorganized and democratic fashion, practicing the faith with a few individuals, organizing and maintaining what he calls an "internal exile" from the church while retaining all traditions and aspects of Catholicism.

Now, this is radical. This not only effectively democratizes the church (I'm saying that in a neutral way), but also removes much of the church from the process of administering the Mass and other diocesan activities.

Reflecting upon this was difficult in myriad ways. For one, I do agree that clericalism is not a particularly beneficial phenomenon. It allows for the exaggeration of a priest's status up to that near God, and that allows them to possess the authority necessary to take advantage of others. It can allow for grooming, and none of that is good.

Furthermore, it does seem as if, at times, the Church hierarchy does pay lip service to the issues that plague it. Reforms that could be taken seem to be replaced by statements or gestures that do not carry as much authority as they could, such as the defrocking of Cardinal McCarrick, who, despite the obvious punishment, has the luxury of residing within a friary in Kansas.

None of that is acceptable.

However, the reforms Carroll proposes seem, in a lot of ways, impossible, insufficient or not the right choice to make. To live outside of the church as a protest is not something I could do, but understandable. How would you convince the many Catholics out there to partake in those rituals with you? Does declaring yourself capable of providing the blessings over the Eucharist make you able to break bread? Can anyone, in effect, declare themselves a priest? It seems as if that could get very messy.

Furthermore, will some of these reforms actually work in stymieing the priests and other members of the religious orders accused of these heinous crimes? Will revoking the celibacy requirement, which I have my own quarrels with as a person, make a significant difference? Other denominations, such as the Southern Baptist Convention, have had their own significant sex abuse scandals. I don't think that is the most immediate fix people may consider it to be.

Some of the other reforms he pushes for, such as more laypeople and women involvement in places like seminary, are reasonable in that people involved in the institution that do not hail from the priesthood may not feel as much loyalty to it, though having women involved in places like that will receive significant backlash from wings of the church headed by Cardinal Burke.

Something this article did not touch on, however, was seminary. Reforming seminary could also be crucial to affecting change within the institution: this could include changing the focus of seminarians from governance to leadership, focusing on aspects of the parish such as facilitating the talents of the parishioners, according to C. Colt Anderson. Another crucial reform could be changing the standards with regards to admissions.

These changes, for example, could be including the input of religious sisters and lay professors to determine how fit a person is for the priesthood. Another change that could be beneficial could be potentially taking the control of the seminaries, which typically exclusively belongs to the bishop of the diocese, and putting them in the hands of other members of the laity or the religious, as Fourth Lateran Council suggests can be possible.

At the end of the day, there are myriad routes we could take to reform the priesthood and what Pope Francis refers to as the "curse of clericalism." As a Catholic, these changes must be made. While we certainly must comply with law enforcement and get those accused of criminal acts out of the parishes and into jails, reforming what is a diffuse institutional problem is a necessity to prevent this from happening again. These are reforms that should have been made far before the time I became a member of the church.

There are no easy answers, but changes must be made as soon as feasible to end the scourge of the sex abuse crisis that irrevocably damages the lives of children and others. The Catholic Church's future depends on this.