YouTube has a major social media advantage, has captured the attention of many young people, and can relate far easier to the youth. 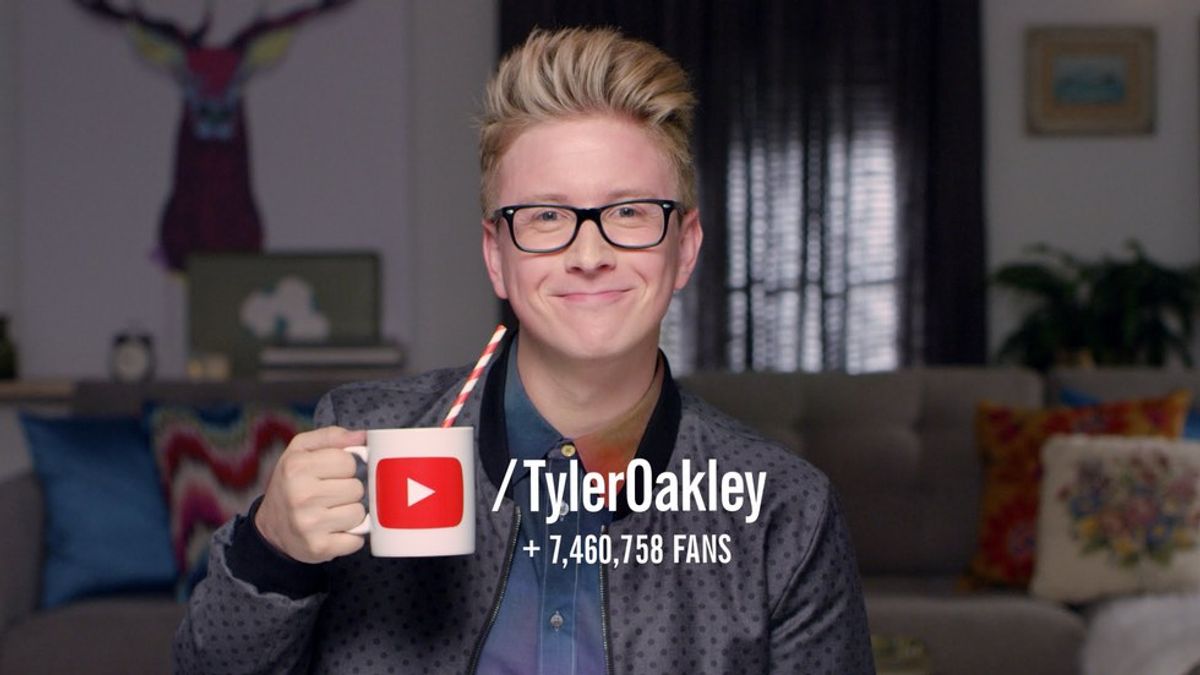 A friend of yours posts a video on Facebook. You click on video because there's a cat and a small baby involved, so how could you not click on it? The link to the video takes you to a website we all know as YouTube.

Over the years, YouTube has become a larger part of the media world than anyone could have ever anticipated. I remember watching the most randomly comedic viral videos on YouTube in the 5th grade, back when the website was just merging into our world, and the word "viral" was something stamped onto sloppily made animated unicorn cartoons. YouTube quickly transformed from a small platform where people watched the latest viral videos, to an all-encompassing media platform accessible to anyone and everyone, providing top-quality entertainment that suits anyones interest. To many, it acts as a substitute to television, or even Netflix, taking the role of sole provider for individuals' entertainment.

For starters, YouTube is home to a multitude of different channels. Just like TV channels, YouTube channels are individualized outlets for creators, providing different types of content depending on the viewers wants and interests. The differences between this an television lie in a few areas, such as the channel quality, the actual content, and the viewer/creator relationship.

In the television world, large networks control high-quality material output. Shows are carefully constructed to appeal to viewers, and look great ascetically. Networks plan everything out to the very minute details, and don't allow just any inexperienced writer to write or produce their TV shows. Only the best are given the creative freedom to release shows on TV channels. However, the concept of "channels" is completely different through YouTube. As many are becoming more familiarized with this new media platform, they are understanding that the channels they love are typically controlled by one person, with the exception of new-age media studios using YouTube as their main platform to display their work. A few examples of these companies who have discovered the brilliance that is YouTube are BuzzFeed, College Humor, and Fine Brothers Entertainment. Individually owned and operated channels on YouTube consist of a sole creator, and therefore, a single person that an audience member can connect with.

Teenagers and young adults are starting to attach themselves to YouTube like kids in the 80's would cling to MTV. If you own and upload to a channel consistently on YouTube, and you've gained popularity from doing so, you are considered to be a "YouTuber". YouTuber's in today's day and age are rising in popularity as we begin to see them surpassing larger TV and film names. However, while this is having a huge impact on the younger media consumers in society, older generations aren't following the trend as easily. And this has a lot to do with the relevancy of the content being produced by YouTuber's. Because of this, we can think of YouTube of this secret community of people- a large stash of teenagers who follow the people they admire; and these people can come from anywhere in the world. Adults aren't aware of the greater impact of this entertainment on the younger generation of YouTube fans. YouTuber's have more freedom than any network will ever achieve, simply because there are little to no limitations on the content they can upload. This is why I think most teenagers will turn to this platform instead of Netflix or cable television- because we as humans like to consume what we can relate to. And the objective of most YouTuber's is to relate with their subscribers as much as they can.

YouTuber's with a decent following, such as Connor Franta, Joey Graceffa, Marcus Butler, and so many more, tend to have a pre-set upload schedule of which their viewers are aware of. If you are a fan of Connor's, you know that he'll upload a new video every Monday. Networks will pace a new TV show series in the same manor. A new episode will air weekly, and viewers can catch it at a specific time. YouTuber's take a different approach; while we know Connor uploads on Monday, we have no idea when, or what the video will be about. In my opinion, this is an excellent approach to gaining more hype for the content you are about to release. Because of this spontaneous approach, YouTuber's gain more social media following from eager fans who want updates on when their videos are uploading. People will literally refresh twitter every five seconds to be the first to like or comment on a new video, and this is great news for the YouTuber. It means they can lead a fan on for hours and get more likes on tweets. It becomes a well-known battle strategy after a while.

YouTube has a major social media advantage, has captured the attention of many young people, and can relate far easier to the youth. Videos are short for our shorter attention spans. YouTuber's are "just like us" and "you can be one to". What a life we live in... One where your kid might tell you that they want to go into YouTubing instead of go to college after high school. That'll be a fun moment for future parents to experience. No worries- I'm sure there's a YouTube video out there, somewhere, that will walk you through how to handle such a situation.