The Type Of Boyfriend You Have Based On Your Zodiac Sign

The Type Of Boyfriend You Have Based On Your Zodiac Sign

Because zodiac signs are supposed to magically explain everything. 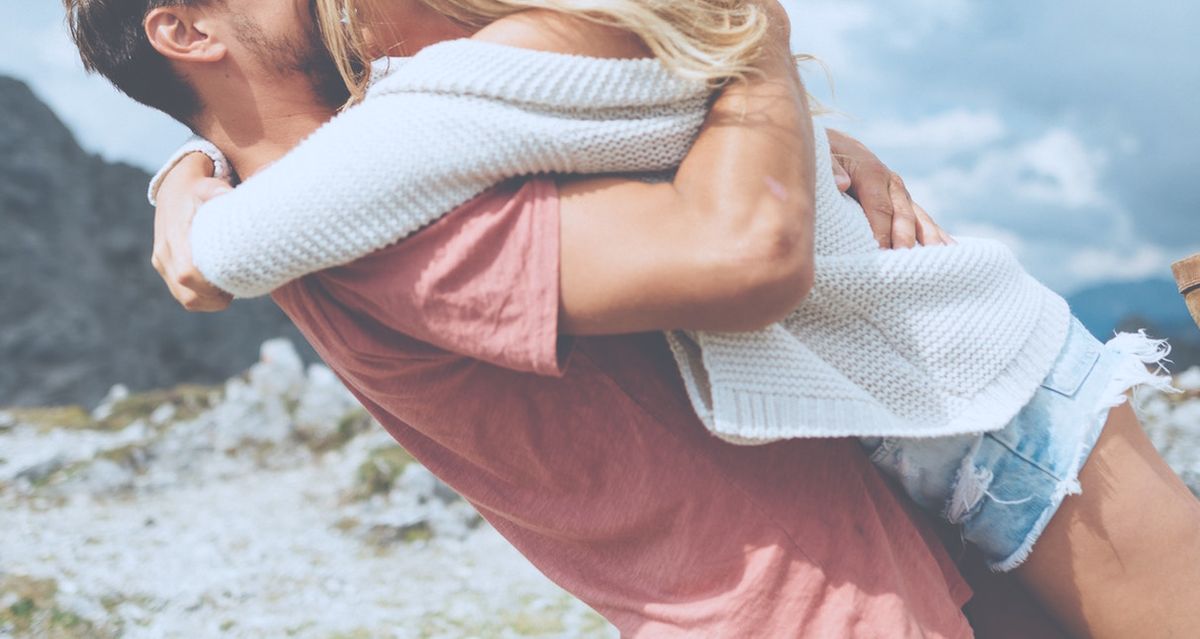 Okay, so maybe zodiac signs don't explain everything, but they can at least give us some idea of what to expect. Be aware that these are just generalizations, there is no way I could possibly factor every single detail of your relationship based on your birthday.

As an Aries woman, you crave confidence. I mean, who doesn't want a confident man? But you especially because you already have your own goals. You know what you want, and there is no doubt that your boyfriend is supportive of your dreams. He is never late because he knows how much that pisses you off, and always makes an effort to organize exciting plans for the two of you. You appreciate that he keeps up with your crazy schedule, and still makes sure he has a life of his own.

You're the type of woman who is a sucker for flowers and candle-lit dinner dates. You may be stubborn, but it's only because you're a smart cookie. That being said, your boyfriend has probably become a pro at spoiling you with romantic gestures. On an emotional level, he is able to break through that wall you put up around other people. He knows how sensitive you really are and he loves how much you care about others.

Oh my, Gemini. You're spontaneous to the core and you've probably heard that you have multiple personalities. Your boyfriend has become a pro at "going with the flow" and tagging along on whatever crazy adventures you have planned. He loves your enthusiasm and ability to talk to just about anyone in the room. He's learned not to take everything you say to heart because often times, you're just seeing how he will react to certain statements. He gives you room to be yourself because he knows that's when you're the happiest.

Cancer, you're in it for the long haul. As one of the most sensitive and nurturing signs of the zodiac, you're one of the most loyal people out there. Your boyfriend makes you feel secure and at home. He knows how to deal with your mood swings and has probably met most of your family. He may have even been one of your good friends before you two started dating.

If you're with a Leo woman, then you know she is strong as hell and doesn't have time for any BS. Leo's are all about that epic romance so you better be complimenting her left and right. Your boyfriend is very affectionate and loves taking you out to try new things. He is not a negative person and constantly reminds you of how special you are. Aware of your ability to get jealous easily, he makes it crystal clear that he only has eyes for you.

She's got the beauty and the brains to make any guy fall head over heels. Virgo's do spend a lot of time thinking but do not mistake this for shyness. Your boyfriend is a pro at getting those ideas out of your head. His patience is a virtue, and he's usually successful at getting things off of your mind too, especially when you're just thinking way too much for your own good (you're probably not even aware of it). He's kind to people and animals, which is very important to an animal lover like yourself.

She believes that balance is key, and strives for stability in her life. She's that type of person that everyone comes to when they're unsure about what to do in a certain situation. Her intuition is on point, and she's with someone who is just as emotional and selfless as she is. Your boyfriend understands that you often keep things to yourself, but makes it clear that you play just as an important role in the relationship as he does. While you can be indecisive, he knows you are just trying to be rational and want what's best for everyone.

Just like Leo's, Scorpio women are strong and independent. On the other hand, don't bother buying her chocolates and giving her meaningless compliments. More than anything, she wants to be with someone who is just as strong (if not stronger) than she is. If you're her boyfriend, there's a good chance you are very ambitious and courageous. You know better than to keep secrets from her and if you say something important, you better freaking mean it. You are proud of your beliefs and aren't afraid to make sacrifices if it means achieving your goals.

She sees the world through her rose-colored glasses and finds something positive in just about everyone. There's a good chance she's very knowledgeable about a creative feat, as she's always been curious about the world. Your boyfriend is well aware of your crazy good energy and loves your witty sense of humor. He knows how much you value your own space and doesn't take your bluntness the wrong way.

She's driven by her career and hardly ever brags about her accomplishments. While she can be critical of herself, it's only because she wants to be the very best. She doesn't hesitate to help out a friend in need because she too has "been there." Your boyfriend does not take advantage of your kind nature and appreciates how hard-working you are. He knows exactly how to get you to relax and open up to him (especially since you're pretty good at keeping cool in stressful situations).

Don't take her for granted, she's extremely intelligent and doesn't have a problem being on her own. She absolutely hates gossip and petty drama, she'd rather focus on what really matters in life. Your boyfriend gives you space but never fails to surprise you. He knows how much you love being with someone who keeps life exciting, even if it sometimes means making running errands with you an adventure.

She's a mystery, but you sure as hell are willing to play the detective in this one. Although she may come off as a shy soul, she's bursting with creativity and playfulness on the inside. A true nurturer at heart, she makes your battles her own. As her boyfriend, you love giving her compliments out of the blue; they really mean a lot to her. You are her backbone in embarrassing situations and her knight in shining armor when she needs to be rescued.

Madison Franz
The Narrative
1112250
Photo by Brooke Cagle on Unsplash

Madison Franz
The Narrative
651861
Photo by Manny Moreno on Unsplash