Yes, I Am Black
Odyssey

Yes, I Am Black 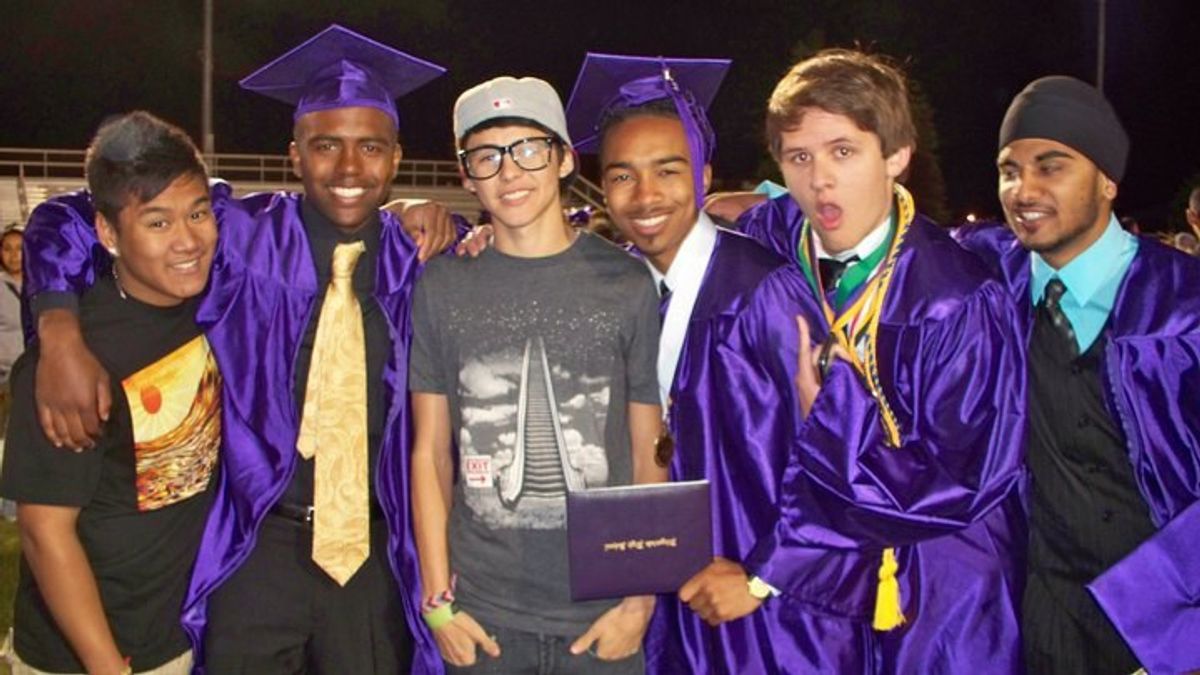 In all honesty, I’m sick and tired of hearing that I’m either “not black,” or “not black enough.” To set the record straight, I’m half black. To think that some people have the audacity to tell me otherwise is demeaning and undermines the legitimacy of my proud heritage; a heritage that has all too often been trampled on by the nation that was supposed to protect us, its citizens, and spat upon by those who wish to "Make America Great Again."

All throughout high school, myself and other like-minded individuals who enjoyed culture and art and music irregardless of racial or ethnic boundaries had to endure critiques and denials of our culture and the ways in which we expressed ourselves. I absolutely love listening to Kanye West, Jay-Z, Blu, Nas, Lupe Fiasco and other hip-hop artists. However, I also enjoy Coldplay, Foals, Arctic Monkeys and artists from all different backgrounds and genres. The color of my skin does not define the kind of music I listen to, the movies I watch, the people I spend time with or the way in which I speak or write.

This issue runs much deeper than art, though; I remember having a passionate discussion with someone close to me a few years ago as I began to recollect a disturbing memory from my sophomore year. It was around the time of the 2008 presidential election when I was sitting in biology class. I could hear faint wisps of laughter floating throughout the room. When I finally pulled my head out of my textbook, I was greeted by the student next to me holding out a picture of one of the most disgusting things I've seen in recent memory. It was an image of then democratic nominee Barack Obama with a monkey's face in place of his.

The misguided student holding the picture out for me to share in the laughter must have thought I was one of the "cool ones." You know, the black people you can say "nigga" around. The black people you crack jokes about without them getting upset. I feel that I was still too young and uninformed to grasp the full gravity of that image and all of the connotations that came along with it. To be clear, I also don't think the students laughing at the picture were able to fully comprehend how damaging and insulting that can be to an entire race of people.

For centuries, my ancestors were enslaved, beaten, raped, demeaned, marginalized and taken advantage of. We've come a long way since then. When Barack Obama won the democratic nomination and eventually the presidency, I grew emotional knowing that I was a witness to history. I grew emotional knowing that my unborn children could someday grow up and legitimately feel like they could be anything they wanted to be, even President of the United States of America and leader of the free world. That image on that one day in biology class was like a gut punch and a slap to the face. It was like America telling me that what Obama had done didn't matter and it was then that I knew we still had quite a way to go.


I’m not a statistic. I’m not a gang member. I graduated from high school while both of my parents watched and I’m currently working toward the third of at least four degrees. Maybe I should have joined a gang, started sagging my pants and speaking in ways that would befit an individual of a lesser education than the one I've been fortunate enough to receive over the course of my short life. Unfortunately, the aforementioned criteria seem to be the measuring stick for an individual’s “blackness,” so to speak, these days. That being said, I refuse to let it define or encapsulate who I am as a young, half-black man.

As a self-proclaimed nerd, I openly love comic book stories and superhero movies. I recently watched "X-Men: Apocalypse" and was reminded of the many allusions to civil rights struggles that are so pervasive throughout the "X-Men" stories, both in print and on screen. At one point, Jennifer Lawrence's Mystique is speaking with the ever-optimistic Professor Charles Xavier, portrayed brilliantly by James McAvoy, and she asserts that mutants still live in fear. "They still hate and fear us. It's just harder to see because they're more polite about it." It was a poignant line and one that especially stood out to me. As much as that fictional character was discussing a fictional struggle for equal rights, I could easily extrapolate upon that argument as a person of color and apply it to my everyday life.

More than anything, I feel saddened by this trend. I am disheartened because I feel as if my ethnicity is regarded as a running joke within society. Systemic and institutionalized racism have perpetuated a society in which black communities have been placed at a severe disadvantage and set up to fail. There are those who point to fathers who aren't there to raise their children, but fail to address the conditions which promoted an America in which black men are at an economic disadvantage and unable to adequately provide for their family. There are those that point to single mothers that are never home to watch their kids, but fail to acknowledge the fact that those mothers often times have to work two or three jobs at a time to keep a roof over their children's heads.

These discussions and articles and instances of education are critically important but more important are our actions. We need to transform the political, educational and socioeconomic landscapes for people of color, not to tilt the balance in our favor, but simply to promote equality and mutual respect. This has to be a joint effort between all citizens of all colors, races, religions, gender and sexual orientation. The only hope we have for equity and equality lies in unity and understanding. Some may see this as me being too sensitive and taking the issue too seriously. I see it as me finally standing up for the countless people like myself who have too often been told how to speak, how to think and how to act by those who love my culture, but not the people who originated it. I may not fit squarely into your stereotypes, but yes, I am half black.

Caitlin Marie Grimes
University of South Florida
7059
Beyond The States