As ISIS' reach and influence extend throughout the Western world, conflict in Yemen goes largely unnoticed. 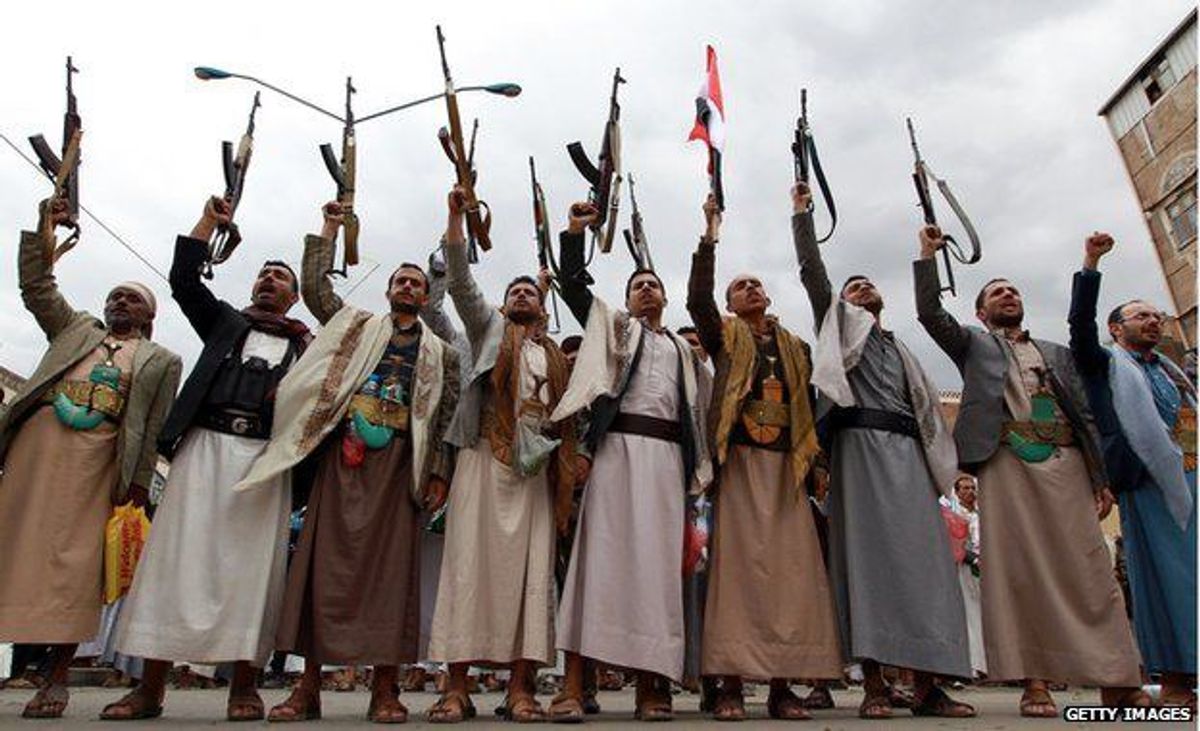 There are very few people left in the world who do not immediately recognize the name "ISIS." What was once a small branch of Al Qaeda has become the largest, most terrifying threat to the world we have seen in our generation. ISIS' presence and influence have become such that political candidates in the United States are entertaining the idea of a Muslim database, a major city in Europe suffered a horrific attack that changed the lives of millions in a single night, and foreign military policies have become hot topics in many recent elections (e.g. Canada, United Kingdom, etc.).

However, as Western world leaders contemplate how many refugees they should take in and the best military strategies for dealing with ISIS, Yemen has become a battleground for a proxy war between Saudi Arabia and Iran.


In 2011, Yemeni citizens erupted in protest as part of the Arab Spring, which also coursed through countries like Egypt, Tunisia, and Syria. In an attempt to quell the protests and maintain stability in the nation, neighboring nations arranged for longstanding President Ali Abdullah Saleh to be forcibly replaced by President Abdrabbuh Mansour Hadi.

Saleh did not take this lightly. He did not believe that Yemen would be better off without him, and so in 2014, began to support the Houthi rebels, an Iranian-backed Shia group seeking military and political control of Yemen. By March of 2015, the rebels controlled all of western Yemen, which is where most of the population is concentrated.

Saudi Arabia, Hadi's allies, viewed this as an Iranian takeover, and began issuing air strikes on Houthi rebel encampments. The rebels responded in turn. The Saudis anticipated that the battle would be quick, but it has been almost a year and the rebels still maintain significant control of Yemeni land.

Thousands of innocent civilians have been killed by air strikes and gunfire from both parties, and millions of others have been internally displaced. Both the Saudis and the Houthi rebels have been accused of egregious human rights abuses, but neither will back down until the other is destroyed.

Why is it happening?


Many think that Yemen is a proxy warzone for Saudi Arabia and Iran. Saudi Arabia, a Sunni-majority nation, has inherent sectarian conflict with Iran and other Shia-majority nations. This is more than a mere difference in religious opinion; the conflict between Sunni and Shia Muslims is not even remotely analogous to, say, Catholics or Christians. In Sunni-majority countries, Shia Muslims often face incredible social discrimination, and sometimes even legal discrimination. This occurs to Sunni Muslims in Shia-majority countries as well.

Although an estimated majority of Muslims are Sunni, Saudi Arabia and Yemen are surrounded by nations that are Shia-majority (e.g. Iran, Iraq, etc.) As Yemen becomes closer and closer to being a Shia-majority nation, Saudi Arabia fights to maintain the previous Sunni-majority, while Iran, Iraq, Lebanon, etc. work to make Yemen more Shia.

There's no telling when the conflict in Yemen will end, or even if it ever will. The conflict between Sunni and Shia Muslims has existed for literally millions of year. We can only hope that some sort of understanding or compromise is reached, and that the region becomes as stable as possible as soon as possible.