am I good writer?
Odyssey

Writing May Be Competitive, But It’s Not A Competition

Try not to strive for someone else's goals or best, but for your own. 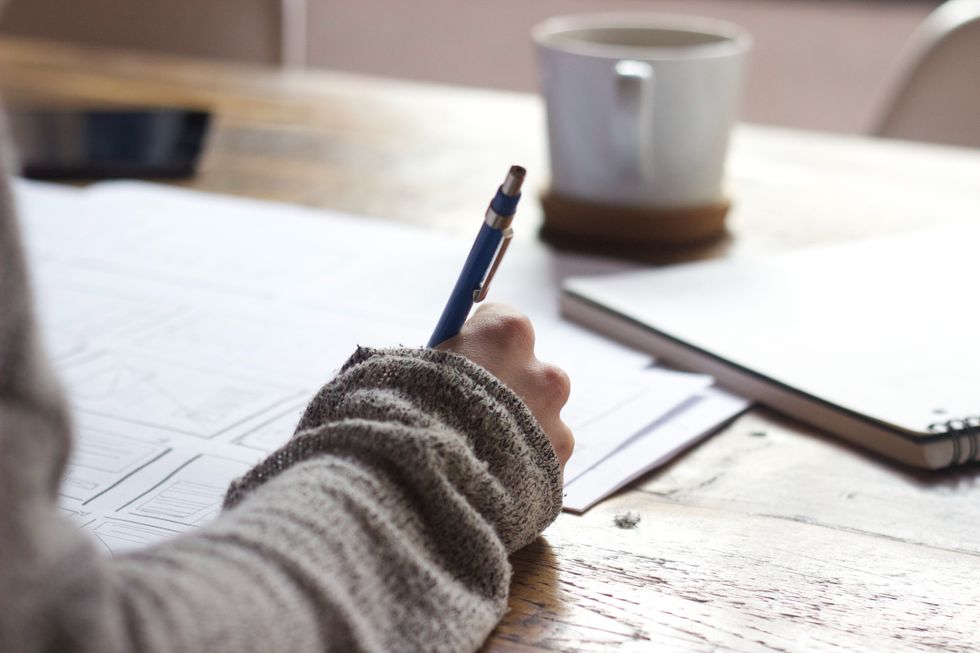 Everyone has to write in their lives, whether or not they enjoy it. In my life, writing has primarily been academic and through my education. This meant an expected format and intention. It meant competition.

I can even remember writing a paper in 4th grade for a competition to celebrate Martin Luther King Jr. Day. The topic was "Empathy," and I came in second place. I remember feeling so proud to be chosen at all, but coming in second, not first, also encouraged my difficult journey in confidence, in my writing, and in myself.

I understand the benefits of a little healthy competition in life. It's a motivator and a way to set expectations. But, when I started writing outside of academics, specifically in my creative writing studies and fiction writing, I've discovered how harmful it can be to your creativity.

I believe it was my senior year of high school when my internal struggle in my writing abilities became full-out self-deprecation. After reading a poem my friend wrote, a poem that read so smooth and beautiful to me, I almost didn't see the point in writing anymore.

I didn't write that, and I believed I could never write something like it.

In front of that friend and our writing teacher, I said something along the lines of, "I can't write like you and I should just go curl up in a hole." I believed that wholeheartedly. I compared my abilities and style of writing to my friend's and told myself that there could only be one. I let myself think that creative writing was a fight to the death and that you either wrote the best or the worst.

Despite this event, I went on to college and decided to major in Creative Writing and History. At first, I focused on my History major and that side of writing. I still didn't see myself as a writer, as someone who could create creative and interesting work that people would want to read. Even as I took the English and Creative Writing classes I did, writing was not my priority. I wouldn't let it be, for fear of failing.

I still don't see my work as objectively good or interesting, but that isn't due to my lack of confidence in my ability now, it's because I've acknowledged that writing is subjective and interpretive.

I wish I could say that the sense of competition is gone, that you grow out of it, but that's just not true. I know this because, for the first time, I was recently in my friend's place. I had someone tell me that my writing was impossible for them to accomplish.

When I heard them say that, my heart fell.

Sure, there was a fleeting feeling of pride in myself, but it was nothing compared to my sadness in hearing someone's real confidence falter because of something I did. And while I know that my writing was not the real reason they felt this way, it still brings up my own writing struggles.

There is a competitive spirit in writing, and in most aspects in life, but that spirit can turn toxic.

A mentality I've tried to adopt in life is to reconfigure how I approach my "failures." In most cases, something you consider a failure is not in the eyes of others. That person's work was not inferior to mine, it was just different, and difference doesn't equate to status or quality.

When I read someone's work, in any capacity, I don't compare it to my own. The circumstances, motivations, intentions, experiences of the author, and so much more, are different. How can you even try to compare or rate creative works absolutely as a single individual opinion?

As for confidence in your abilities and possibilities, a comparison in search of a "perfect" scenario or status will ultimately let you down. Try not to strive for someone else's goals or best, but for your own.

You can motivate yourself to create the same effect, emotions, and reactions from your writing, but don't assume that because one person has already done it, you can't do it too. You may even create something that someone relates to more than something that has inspired you.

The writing community works best when works are not compared but used as inspiration, and appreciated for their own contributions to its readers. We can build each other up, and each other's work up, without tearing ourselves and others down. It is possible, it just takes openness to a different perspective.

writing
Report this Content
This article has not been reviewed by Odyssey HQ and solely reflects the ideas and opinions of the creator.