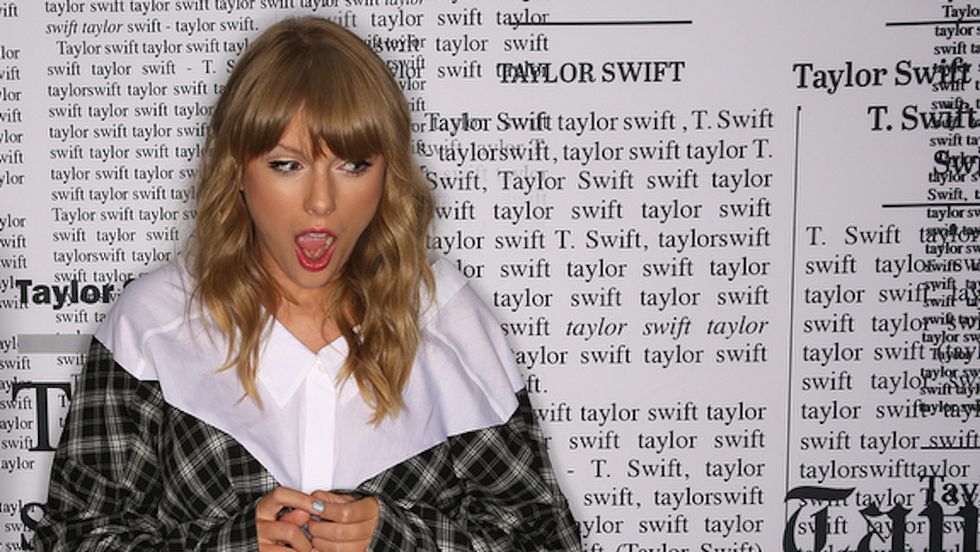 I would like to start this off by saying that I am a huge Taylor Swift fan, and I love almost all of her songs. However, there are a select few that I really prefer not to listen to or skip when they come on shuffle. Although it hurts my heart to say it, not every Taylor Swift is absolutely amazing.

Here's a ranking of my 15 least favorite tracks that she's made.

Not gonna lie, I absolutely hate this song. I don't know what it is about the chorus, but I just can't stand it. Luckily though, this is only one of just a couple of Taylor's many songs that I won't sit through.

I also find this song unbearable. It's just a bonus track on one of her albums, but it's always felt poorly written and put together as if it was almost an afterthought.

3. "Look What You Made Me Do" from "Reputation"

This song was a huge disappointment when it came out for me. Although I ultimately loved the rest of "Reputation," this song always felt unnecessarily petty and repetitive.

This song was written for the movie "Valentine's Day" that Swift had a role in, but the song (and the movie, honestly) has always felt pretty cheesy to me. I could pass on this one.

This song only features Swift in the chorus, but the combination of the rap verses with her soft voice never seemed to fully blend well together.

I actually kind of like this song in a way, but it's definitely not one of Taylor's best. It's catchy, but the lyrics are simplistic and repetitive, and the music video is definitely not my favorite.

This song isn't terrible either, but it's skip-worthy when listening to the (otherwise) great album, "Red". Both Swift and Lightbody have great voices, but the combination never mixed well together for me.

This "Red" track also fell flat to me. The lyrics are actually really beautiful and the guitar is very interesting, but the slow melody and low vocals make the song a bit boring.

This song isn't bad, but it also doesn't really stand out. There's nothing I can even critique the song on besides the fact that I usually forget it exists.

I like parts of this song in a way, but I also find parts of it to be pretty cheesy. The song is well written, but the lyrics and tune also tend to make me cringe.

I was actually pretty excited for this Alice in Wonderland-themed track when it came out as a bonus song for "1989," but Wonderland ultimately proved underwhelming for me, and had an awkward structure and production.

There's nothing really wrong with this song besides the fact that it feels like a combination of every other song on "Fearless". With mentions of pouring rain and slamming of doors, the song feels unnecessary in comparison to some more memorable tracks.

I actually enjoy the chorus of this song, but the verses always felt a bit awkward and weirdly arranged. The version with Kendrick Lamar, however, takes away the awkwardness and feels better set up.

I genuinely do like this song and would sing along if it was played, but I also find it a bit annoying. Especially after radio play, the vocals and repetitive chorus began to get on my nerves.

I actually feel kind of bad putting this song on my list since I know it's not a bad track, but I've always found the "1989" bonus song a bit boring, and I find myself constantly skipping it. Definitely debated between putting this or "Welcome to New York," however.