The World Needs More Events Like "One Love Manchester"

The World Needs More Events Like "One Love Manchester"

"I think that all the love and unity you're displaying is the medicine the world needs right now." - Ariana Grande 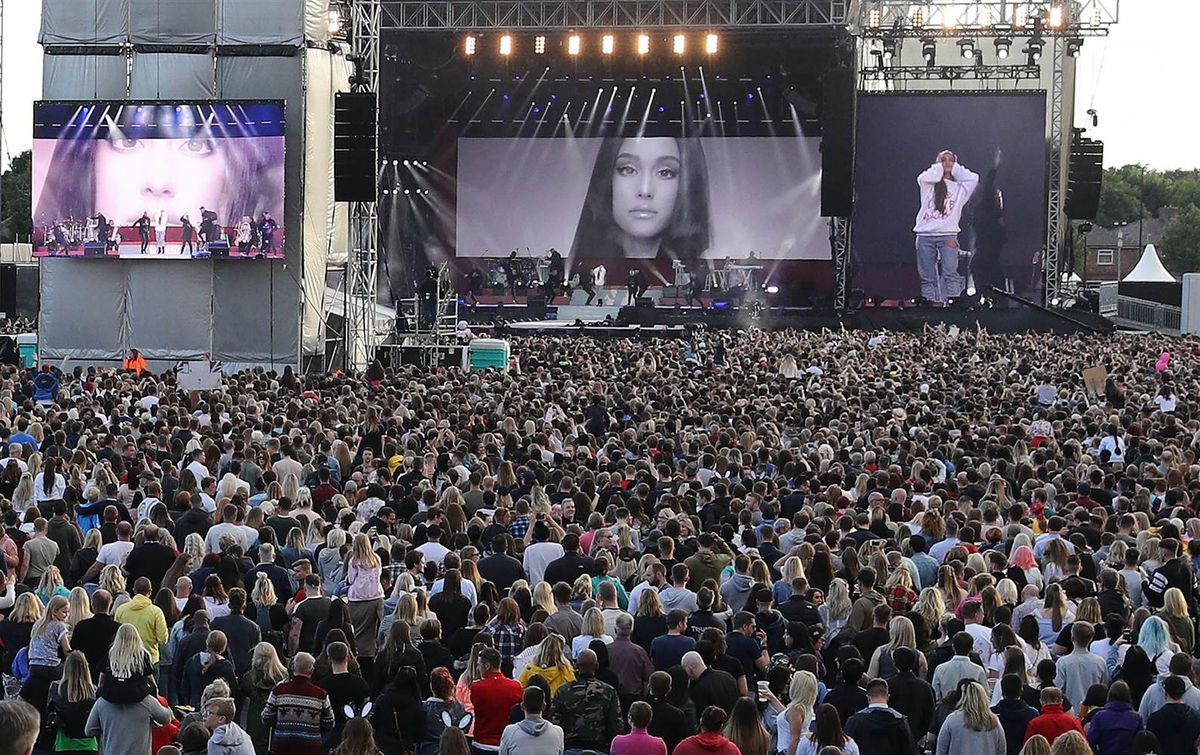 On Sunday, Ariana Grande returned to Manchester, England to put on a benefit concert to raise money for the victims and families of the suicide bombing that occurred at her concert last month.

Grande was joined by many stars including Miley Cyrus, Coldplay, The Black Eyed Peas, Justin Bieber, Niall Horan, Little Mix, and several others.

Over 14 million viewers gathered to watch the event, from performers to those in the audience to viewers from all over the world. This was the most-watched broadcasted event of the year.

The terror attack at Grande's concert took the lives of 22 people. Twenty-four hours before One Love Manchester was held, a terror attack took place in London, killing seven and injuring 48.

This benefit concert could not have come at a more critical time. It not only raised over $13 million, but it radiated love, support, and unity against the violence and terror that are all too common in our world today.

It was a safe space to enjoy live music, support one another and spread the love.

When terrorist attacks occur, I know I personally always feel helpless. If I am not there, what can I do? How can I help? It's an awful thing to sit and watch these events unfold on the news.

Common people, politicians, people of power, and celebrities are often criticized for their thoughts on social media. However, when you think about it, how else are they supposed to help?

One Love Manchester gave those people who often feel helpless in the wake of tragedy the opportunity to help those who suffer first hand from these attacks, through text and online donation.

Speaking of contribution, I saw a tweet about One Love Manchester that really upset me:

This event was not about creating a policy or strategy in order to combat terrorist attacks.

It was about raising money for those affected by them, and, more importantly, showing these terrorists that no matter what, love always wins.

As corny as it sounds, it is absolutely true. Ariana Grande didn't let this attack keep her hidden and in the dark. She literally rebounded in less than two weeks and put on this whole event in order to show that she, and the world, would not back down in the face of terror.

We need more events like this. More events that show unity and love, and that evil and fear have nothing on us. Terror attacks and terrorists thrive on chaos and fear. By showing them that they will never win, it takes away their power.

This is just as important as any strategy or policy.

One Love Manchester was filled with powerful performances, examples of unity, and moving speeches. One quote from Miley Cyrus, to me, encompassed the entire event, and explains perfectly how we need to be moving forward:

"I am so honored to be at this incredible event, surrounded by all you amazing people, and, for me, the most important responsibility we have on this entire planet is to take care of one another. Look what we're doing today and how amazing that is."