18 Signs You Work At A Theme Park

18 Signs You Work At A Theme Park

Or, signs you work in another world 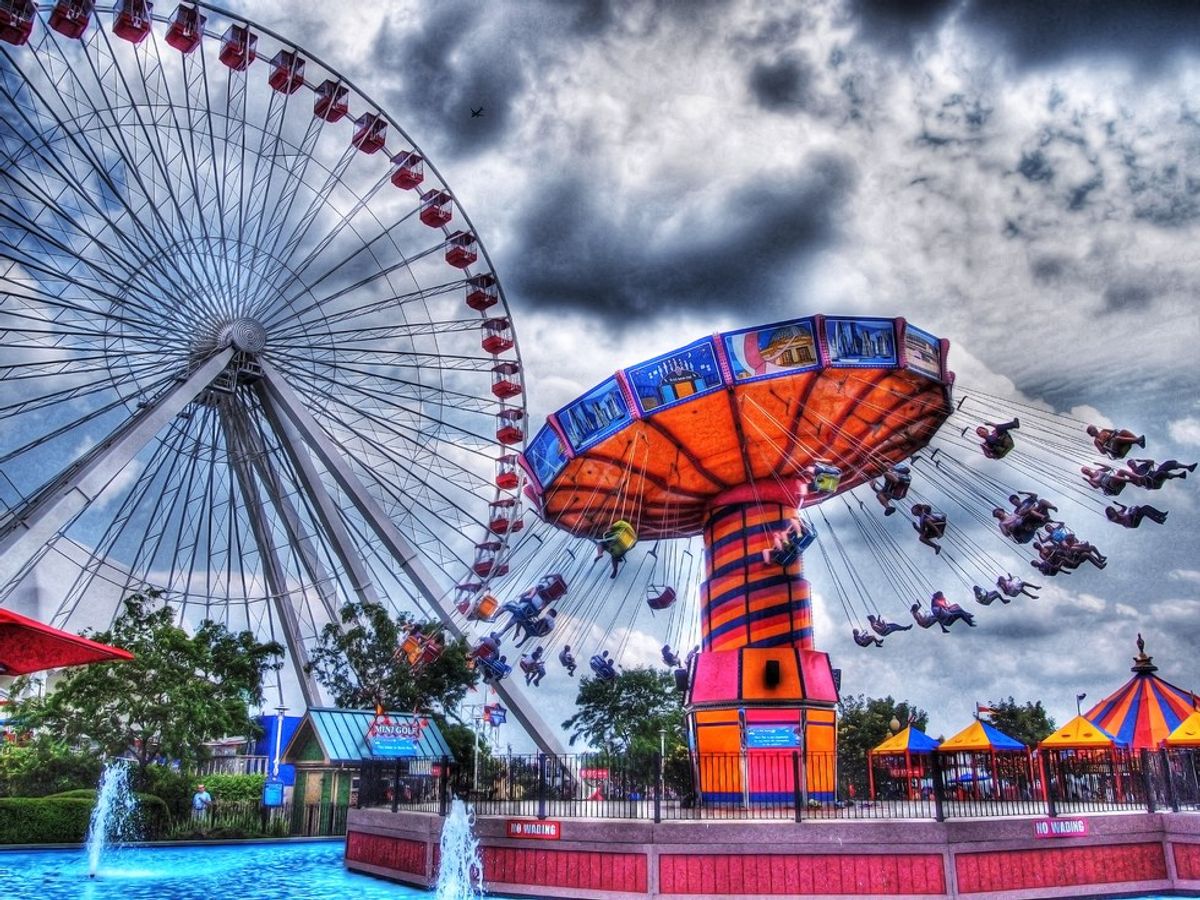 No matter how long you work at a theme park, and no matter which theme park that may be, you are bound to come across some obnoxious problems and create some great memories. If you work at Disney, Six Flags, SeaWorld, or anywhere in between, you’re sure to experience any or all of these occurrences:

With slow walkers and clunky strollers, you’ve learned how to bob and weave through the tightest of crowds. Which is why you can’t go anywhere with your family without leaving them in the dust.

2. If you ever needed to, you could find your way around the park in pitch black

That park is as good as home, with all the hours you spend there.

3. When giving guests directions, you wish you could just walk them where they want to go

Naturally, guests ask about attractions and stores at the exact opposite side of the park. Explaining without a map is often difficult, and trying to give directions about where to get a map can be just as impossible.

4. When talking to family about work, they stare at you as if you’re speaking in code

Every location in the park has some sort of abbreviation, so trying to describe your crazy guest interaction at Slimey Tubes sounds like the beginning of a story about vomit cleanup. And B&E Top may as well be a blouse at Abercrombie and Fitch.

5. Camps are the bane of your existence

Small kids often can’t swim, and handling twenty non-swimmers at a water park is a headache. Or when a tour of forty can’t speak English, and the one person who could possibly translate isn’t working that day—time to go on break and never come back.

6. You’ve learned to detach your emotions from the upset reactions of people too tall/short/large/small to ride your attraction

Sad tears, aggressive shouts—you’ve heard it all, and by now, you’re immune to the effects of these outbursts. The rules are for their safety, and you can’t budge from your word.

7. Instead, you’ve developed a basic script for each ride you attend

Not that you’ve become an emotionless robot. You understand why they’re upset, so you’ve mastered how to pack the longest and most reasonable explanation into the fewest words. Gives angry parents less time to interrupt.

8. You’ve memorized every song and announcement

At Disney, you can match every inflection in Wishes. At Sesame Place, “Elmo’s World” is basically your theme song. Plus, you can recite every lost child and closing announcement.

9. You could even perform the dances

If you’re not already a performer—in that case, you better know those moves!

10. And the music gets stuck in your head, even after you leave

You don’t have white noise in your ears—the park’s soundtrack plays on repeat in your mind at the strangest moments: in the shower, in the car, while taking a test. You can’t escape the music.

11. Everyday, you’re concerned about the future of all common sense

After hearing questions such as, “Will I get wet?” on a water ride and “Why is the ride shut down?” while lightening strikes in the sky, you’ve becoming seriously concerned.

12. But everyday, someone reminds you humanity has a chance

When another guest comes to your defense in the case of #6, or a child reads the rule sign and corrects his parent, you realize that the future has hope.

13. Poor weather conditions can either make or break your day

Depending on how severe the condition, you can either be stuck still operating your ride in the freezing cold, hugging your too-thin jacket for non-existent warmth, or snuggling under cover as rain downpours.

14. You try to ignore remarks from guests annoyed about a broken ride, but sometimes even you start to blame yourself

After repeating yourself about “No, I don’t know when the ride will reopen. It will resume as soon as possible,” you may begin to wish that you did know when it would reopen, so you could stop feeling so worthless.

After halfheartedly asking where their parents are (because you know they have no idea), you transition right into friendly questions such as “Who’s your favorite character?” and “Did you go on [this ride] yet?”

16. You feel a certain pleasure in catching a child who repeatedly breaks the rules while in the act

In the event that a child continues to misbehave just when you look away, you love the moment when you finally get to make the kid stop. And put an end to the anxiety that your supervisor might be around the corner and notice the kid’s mischief.

17. You know exactly what to do and what not to do when you visit another theme park

You know how real the struggle is and will not be the cause of someone else’s.

18. In the end, the friendships with coworkers and unforgettable memories you provide the guests overcome all the frustration

No matter what you may say in the break room, you truly love your job!