Watson and Crick who? 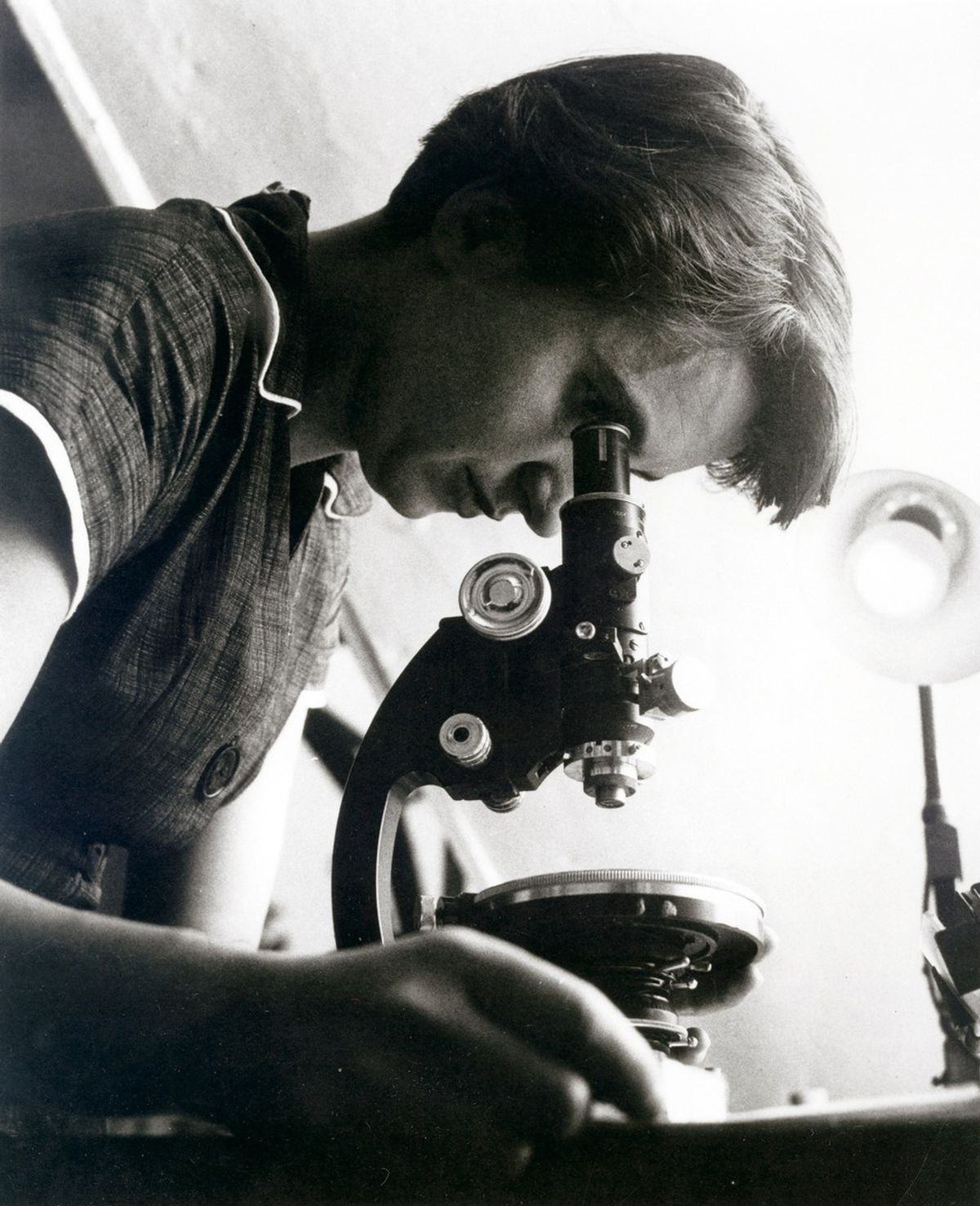 As a science major, I often read textbooks that highlight men who have made significant contributions to the field. Sure, many women were not allowed in the science fields back in the time periods when these discoveries were made. But there definitely were some key female contributions who were just blatantly overlooked.

One of those was Rosalind Franklin. Without her work, Watson and Crick’s DNA double helix model would not have been possible. In fact, you could argue that it was actually Franklin who made the discovery.

Franklin studied chemistry in college and received her Ph.D. in 1945 in England. In 1946, she moved to Paris to learn X-ray crystallography from Jacque Mering. X-ray crystallography is a popular technique in molecular biology where x-ray beams reflect off of electrons, creating a unique scatter pattern. A powerful computer analyzes the diffraction pattern and turns it into a 3D model of the molecule. Franklin became an expert in X-ray crystallography and created some of the best images ever taken of proteins and lipids.

In 1951, Franklin started working with biophysicist John Randall in London. The two applied her x-ray crystallography techniques to DNA fibers. The pictures obtained revealed two distinct forms of DNA: The “A” form and “B” form. The DNA helix that we typically think of is the B form. Franklin helped invent the high tech machine she used to take a 100 hour X-ray exposure of B form DNA. The image, known as “Photograph 51” is still one of the most famous photos ever taken in molecular biology (see picture below).

But every story of a successful woman comes along with a bitter man. Franklin’s ongoing conflict with colleague Maurice Wilkins came to a peak in 1953, when Wilkins allegedly gave Photograph 51 to Watson and Crick without Franklin’s knowledge. As soon as Watson and Crick saw the image, they had their “aha! Moment”. When Watson and Crick published the the structure of DNA in Nature a few months later, they only included a footnote that recognized Franklin’s unpublished photo as the inspiration. In fact, Watson and Crick didn’t even have experimental models of their own in the paper.

Rosalind Franklin died on April 16, 1958 from ovarian cancer at the age of 37. In 1962, Watson, Crick and Wilkins won the Nobel Prize in Physiology or Medicine for their DNA discoveries. Watson chose to include Wilkins because Wilkins initiated the inspiration for their work. It is unknown if they would have included Franklin, had she not died.

Even though Franklin was the best X-ray crystallographer the world had ever seen, sexism was very present throughout her career. An accomplished male molecular biologist once wrote, “Wilkins is supposed to be doing this work; Miss Franklin is evidently a fool.” Crick eventually wrote, "I'm afraid we always used to adopt – let's say, a patronizing attitude towards her.”

So next time you hear or read about Watson and Crick’s DNA double-helix, don’t forget about the brilliant woman who made it all possible.
Report this Content
This article has not been reviewed by Odyssey HQ and solely reflects the ideas and opinions of the creator.

Kassie Hsu
Baylor University
4469
Panda Whale
Here are 100 things I'd rather to than study. I know the semester just started, but
Featured