Women In The Bible: Hannah
Odyssey

Women In The Bible: Hannah

An authentic, faithful, and grateful woman 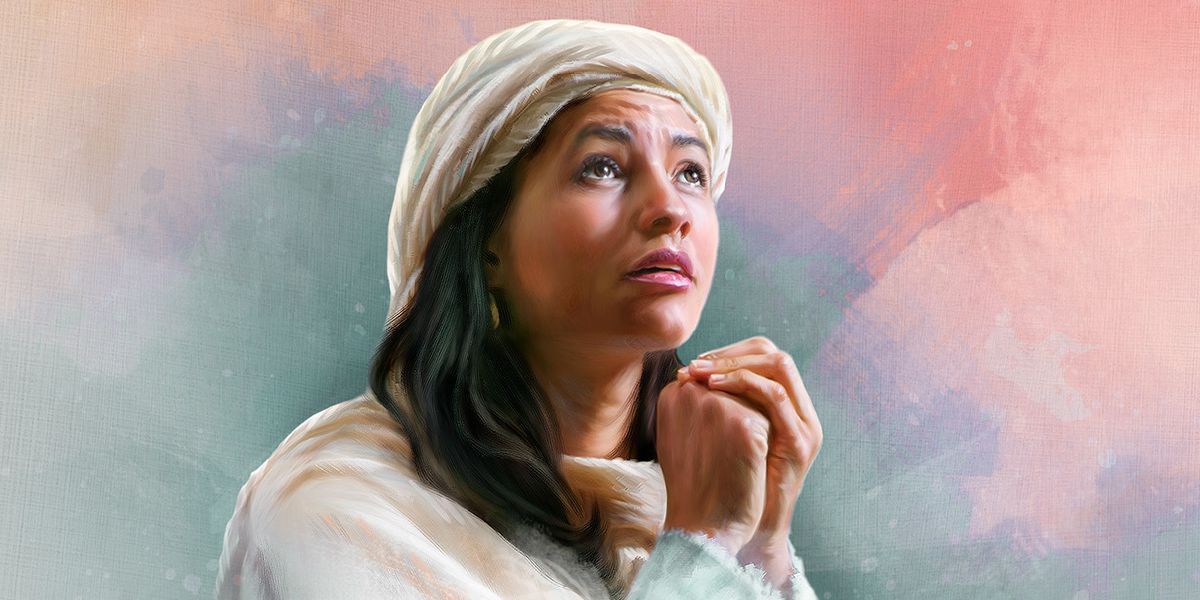 Hannah was Elkanah's second wife, who gave birth to Samuel. Elkanah was a Kohathie — a member of one of the wealthiest Levite families. Elkanah showed extra attention to Hannah and gave her second helpings at meals despite her barren womb (1 Samuel 1:4). As a result, Elkanah's first wife, Peninnah, often taunted Hannah because she wept and would not eat (1 Samuel 1:8). Hannah went to the tabernacle and prayed. She asked God for a son, promised to dedicate him to the Lord, and vowed to never cut his hair.

Making a vow, she pleaded, “Lord of Hosts, if You will take notice of Your servant’s affliction, remember and not forget me, and give Your servant a son, I will give him to the Lord all the days of his life, and his hair will never be cut.” - 1 Samuel 1:11

What did Hannah do?

Hannah grieved over her infertility. She prayed silently, but she felt anguish and resentment. Eli told her that the Lord would grant her request. The Lord answered her prayer and allowed her to conceive a son. Hannah named the boy Samuel because she requested him from the Lord (Samuel means God has heard).

After some time, Hannah conceived and gave birth to a son. She named him Samuel, because she said, “I requested him from the Lord.” -1 Samuel 1:20

Hannah didn't go with her husband to make the annual sacrifice. Instead, she told her husband that she would take Samuel to appear in the Lord's presence and stay there permanently. Hannah later took Samuel to the Lord's house in Shiloh, where the Israelites established tabernacle after the conquest, sacrificed a bull, and formally dedicated her son to the Lord.

“Please, my lord,” she said, “as sure as you live, my lord, I am the woman who stood here beside you praying to the Lord. I prayed for this boy, and since the Lord gave me what I asked Him for, I now give the boy to the Lord. For as long as he lives, he is given to the Lord.”Then he bowed in worship to the Lord there. - 1 Samuel 1:26-28

She thanked the Lord and praised him. God granted her more children in return for her sacrifice (1 Samuel 2:20).

Why her story matters

Hannah demonstrates what it means to truly grieve. Today's churches often emphasize relying on God for joy and pushing past any form of sadness. However, it is important to grieve. Even Jesus wept. Hannah felt genuine pain and sorrow. She did not disregard her emotions, yet she trusted in the Lord at the same time. Her actions show how people can both grieve and trust in the Lord in at the same time. In addition, her story shows hope amid uncertainty, trust in God's plan, and faithfulness in the face of disappointment.

Reading about Hannah also teaches us that the Lord sincerely listens to prayers and answers them according to his will. Hannah could not bear children for the longest time, yet the Lord knew her deepest desires and answered her request because she remained faithful to him and trusted in his power. Hannah has unshakable faith. Although it's easy to forget how powerful the Lord is, Hannah's story reminds us that he is the Almighty God and can perform unfathomable acts.

Furthermore, Hannah did something most mothers couldn't imagine — she gave up her only child for God's plan. Jesus cautioned his listeners in the New Testament about valuing family more than God (Matthew 10:37). Although Hannah loved her only son, she knew she promised to dedicate him back to the Lord and kept her end of the covenant. Just as she served God, we must also do our part and recognize that he does not grant every request like a magic genie. The world would erupt in chaos if the Lord answered each prayer and it also contradicts his sovereignty because humans can dictate how the world operates.

Hannah's story conveys how the Lord sees those who hurt. People mistreated her and she struggled emotionally, but God valued her and helped her through it. He knows our deepest anxieties and our pain because he created us. The Holy Spirit comforts us during our affliction and showers his peace over us today if we ask.

Lastly, Hannah thanked the Lord for his gift when she sang an entire song in chapter two. People in today's society frequently forget to thank others around them as well as God because they focus on themselves. Like a father who smiles when his children thank him for presents, God delights in those who thank him for his blessings. Some may take advantage of the Lord's generosity and only seek God when things become difficult. However, we must spend time with God and pray, even when life seems fantastic.