Dear Society, When Can Women Stop Walking In Fear?

Dear Society, When Can Women Stop Walking In Fear?

It's time for women to stop walking in public with fear. Enough is enough. We don't need anymore #MeToo stories. 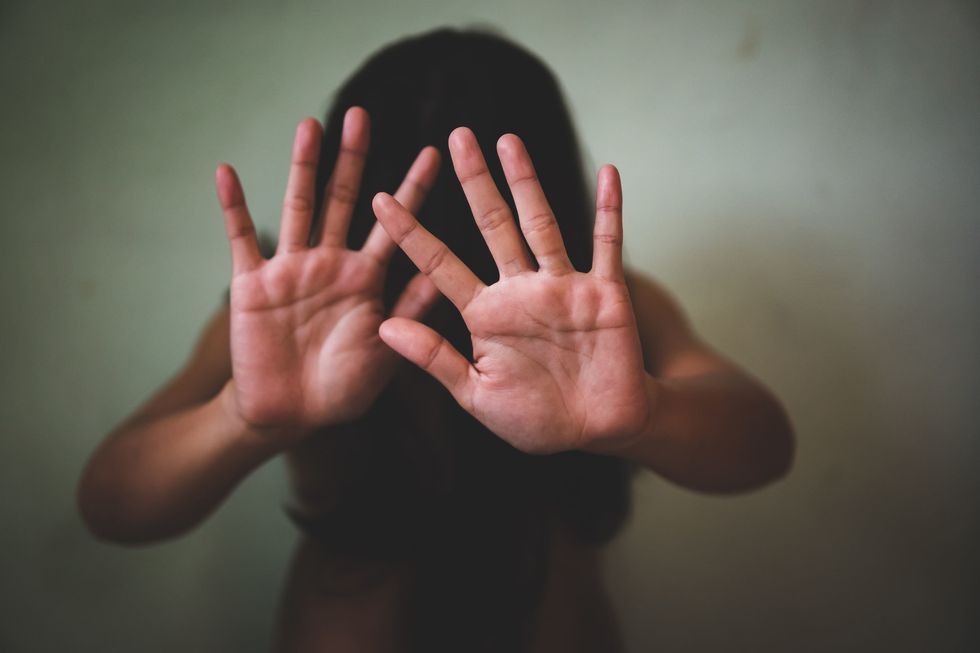 This semester, my schedule changed from day to night classes. That made my family worry — They were concerned about me getting out of class at night. Seeing news reports about sexual violence and murder on college campuses didn't help. To reassure them, I played it off as if I wasn't worried. When they asked why, I simply said, "Because it can happen any day, anytime, anywhere."

But the truth was, I was scared.

As a female walking about half a mile to her car in the dark on a college campus, I feel more of a target there than any other place.

Over my winter break, my boyfriend came home from the air force. One night, we were discussing the topic of my night classes and he was concerned as well. To lighten the conversation, I jokingly said, "I can just fight the guy off thanks to the S.I.N.G. method from 'Miss Congeniality' and the Tae Kwon Do classes from when I was young."

He wanted me to prove it, so I tried some self-defense moves with him and failed horribly.

He picked up my 120-pound body over his shoulder and said, "You cannot fight him off, Peyton. You're too tiny. You need Mace and a knife."

Well, a week later, I received that Mace. Imagine teaching that to your daughter — that she doesn't have the strength in her to fight off a man, so she needs pepper spray.

To be honest, I didn't feel any better with pepper spray protection. I still don't. Because what if I can't get my Mace in time? What if I'm caught off guard and I'm helpless? I felt dumb for worrying about these things, but I was glad to have them as classes had started.

One day, after the first week of class, I had to run to the local Walmart to pick up a few items quickly. It was a crummy, cloudy Saturday afternoon and the parking lot was almost filled. Out of a hurry, I only grabbed my wallet, phone, and keys. As I walked down the row of cars towards the store, I noticed a truck following me. It pulled up next to me, and a 50-year-old-looking man eyed me from head to toe creepily. I wanted to peel my skin off with the way he looked at me and the disturbing smile he gave me.

Keep in mind, I have always gotten catcalls, the "body check" look, and comments since I was about 16. So, I was used to them and always ignored them. But there was something different about this man. He looked at me as if he had undressed me in his mind. The creepy smile he gave me was one of scary imagination. Tears came to my eyes as this guy continued to follow me in his truck. I was scared for my safety, so I jogged to the store.

Once I got in, I began breathing again. Until I noticed that the same man was in every aisle that I was, staring at me, following me.

The third time I saw him, I sped walked to the front of the store and left.

This happened in the middle of the day.

This happened around a bunch of people, with not one soul noticing.

This happened when I was wearing leggings and a T-shirt.

This happened when I was running an errand.

Since then, I haven't like walking anywhere alone. Not into the gas station, not into a store, not into a restaurant. I simply just wait until I see someone else in the area I need to be and then go. This is extra tough with night classes. Class would get out and I'd find myself waiting by the doors for someone to be walking out to the parking lot as well. Last night, I waited for three minutes until two guys were also walking out to the same parking lot.

But most nights, I find myself walking alone filled with anxiety and fear. This isn't my only story. This is just one of half a dozen traumatic situations.

This is what it's like for a lot of women.

I know a lot of women who share the same story — and even worse ones. Women should be connecting over books and other topics, not personal stories that fall under the #Meoo movement. It's time for society to stop putting the blame on women and start punishing the guilty men.