To The Women Who Reject Feminism

To The Women Who Reject Feminism 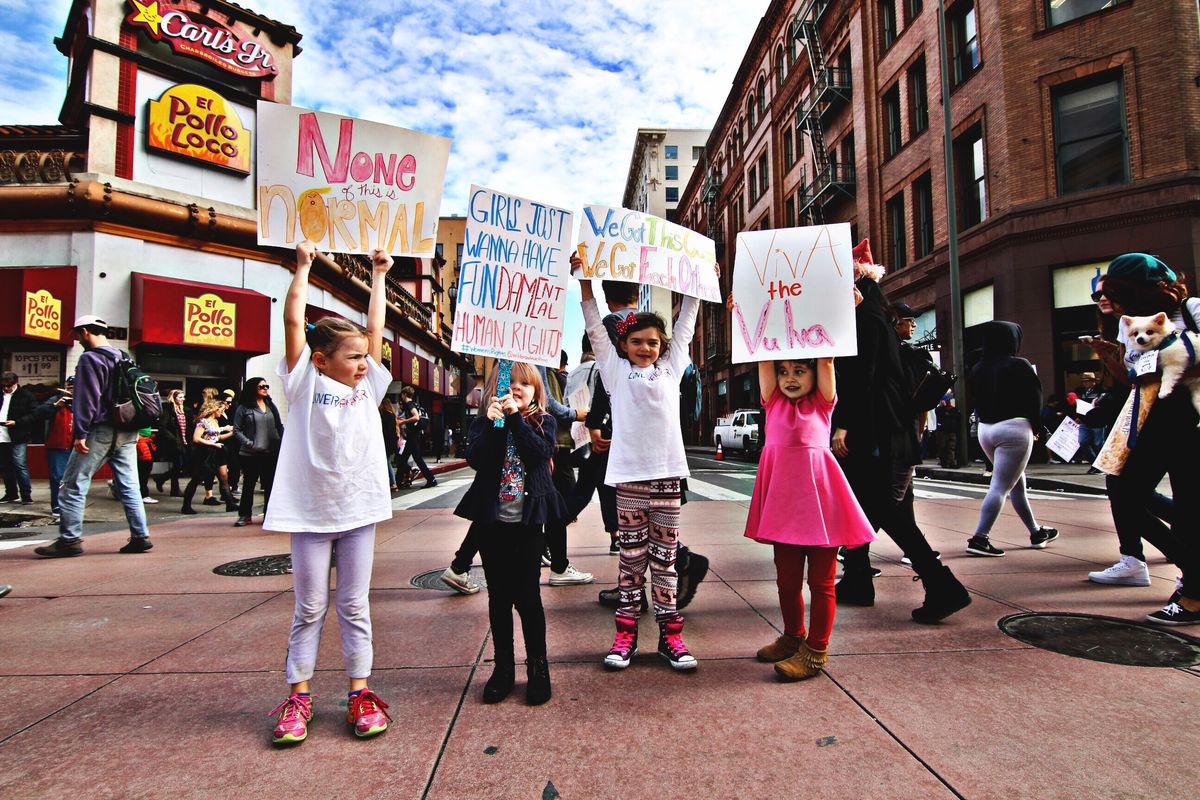 That word seems to get thrown around a lot; it also seems like half of the people who do spew out the word don't even know what it means.

I've been on both sides of the spectrum—a crazy social justice warrior who took offense to everything and an apathetic bystander, and frankly, it was absolutely tiring to get upset over every little offense. When I was part of the SJWs, however, I felt like I wasn't doing my part as a feminist if I didn't get upset. After I removed myself from that mob mentality though, I realized how ridiculous I was. Seriously—if late feminist figures saw us, they'd be rolling in the grave because of how far we've fallen. So yes, I see where those women are coming from when they say they don't "believe" in feminism and reject its notions.

Nevertheless, the process of going from a crazy SJW to a bystander to a feminist has made me realize what feminism is and what those women write about in their articles is not what feminism stands for—how can you reject a movement that you are so misinformed about?

People say that feminism in itself is contradictory because feminists desire to have an equal standing as men but deny the "bad" parts that come with being a man (i.e. mandatory military service). I say, that's not what feminism is. Feminism is giving everyone the same judgement and opportunities, regardless of gender.

I, as a female, shouldn't get hired, simply because a company has to fill a quota of "women" on their team—no, I want to be hired because I am qualified as compared to the other contenders, whether that be a man or a woman. I also don't need pity from men because I have a vagina.

Feminism isn't about being "better" than men or getting compensated because of our lack of "something" (whatever that may be) compared to men. It's about having the same opportunities as men and vice versa.

As mentioned before, I get it—when I was part of the so-called "social justice warrior" mob, I really did get offended at every little minute detail. The modern wave of feminism, or as others call it, the "fifth wave" of feminism, brings along with it a mentality that everyone should be offended by everything.

I'm not saying that we shouldn't fight against the wrongdoings in our communities or call people out, but when that's the whole premise of the movement, it's no wonder that others look down at the group and label us as "special snowflakes" or "pissbabies." Feminism is so much more than getting offended by cat-calling or some dumb meme that people made—that literally detracts from the rhetoric feminists before us have created.

Feminism is about fighting for the greater good of all women. The time spent raging against some anonymous person online could be spent in a more conducive manner, such as educating those around us about the female genocide going on in the world or women in third world countries who still do not have access to education.

Furthermore, feminism is supposed to be about women uplifting each other; however, in today's day and age, lifting each other up seems like an impossible feat. Tabloids pit women against each other and society has made our female friends our biggest competitors. Jealousy, loathing, and resentment surround the feelings that we have towards each other. Rather than complimenting the women who have succeeded in today's society, women bring each other down and argue why they weren't the ones to be successful. Within a rationality such as this, it only makes sense that millennials are denying the title of "feminist."

I think what both parties, the rejectors and the diehards, need to do is start by looking back. Because we have so much more freedom than our feminist ancestors did, we are much more inclined to spend our time fighting for less meaningful causes. The rhetoric that feminists in the United States have created is one born of privilege, so it's no wonder that the movement has lost so much credibility.

To all the girls who've denounced feminism in light of recent events, I get it—but also, realize how utterly foolish you are for thinking that feminism is useless. The only reason why you and I are even allowed to write on a platform such as The Odyssey is because people like Alice Paul, Anne Catherine Hoof Green and Elizabeth Timothy fought for our freedom of speech. The only reason why you're allowed to choose to stay home and take care of your children is because people like Dorothea Erxleben, Mary McLeod Bethune, Rose Schneiderman, and Molly Dewson paved the way for women to even have a choice. And the only reason why you utter such nonsense is because, just like the people you reject, you have also forgotten the meaning of feminism.

Side note:
This article is not meant to discredit the what modern-day feminist are doing now: fighting against sexual harassment, assault and misogyny—that is all amazing and needed. Rather, this is an open letter to women who say they aren't feminists, who've based their reasoning on the opposite of what feminism is.