Women, We Are The Reason We're Not Equal
Odyssey

Women, We Are The Reason We're Not Equal

It's about time we got our stuff together. 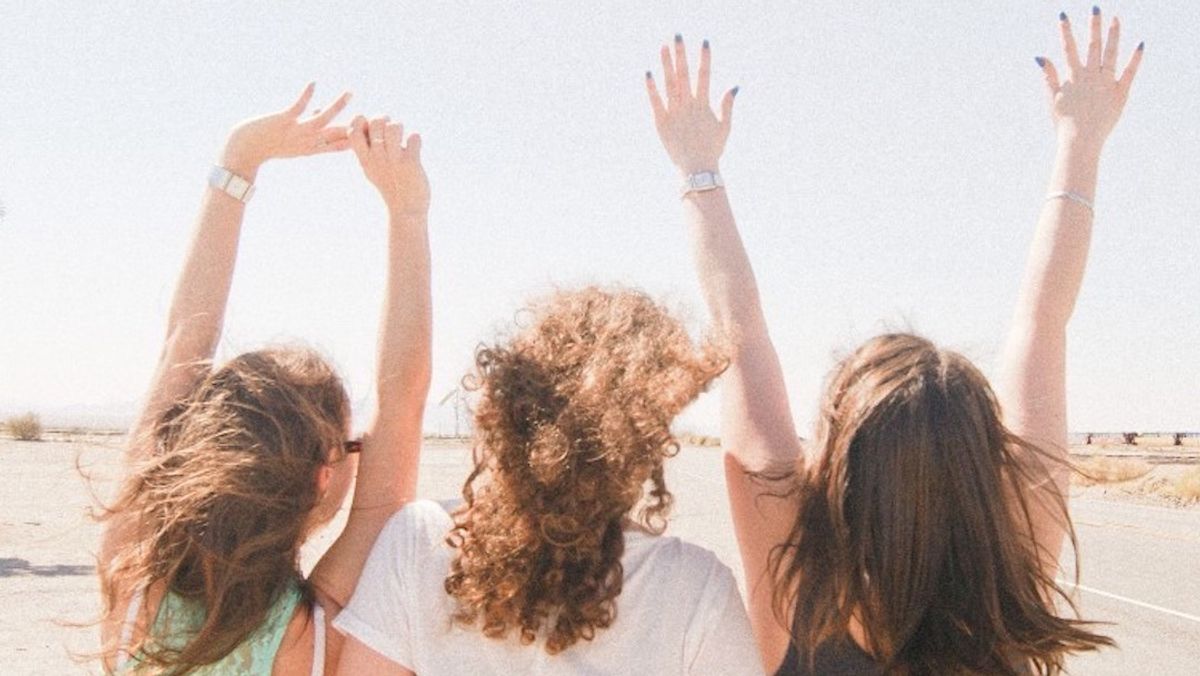 I never thought I’d find myself writing about this, and yet here I am; I have done a lot of reflecting on my friendships, and as I look back on the broken and mended fences that have formed in my life, I realized a common problem in female relationships:

For women to have strong, healthy relationships with each other — if we expect to have the same opportunities as men — we need to start respecting each other.

We have all heard the rhetoric repeated a thousand times in our ears: “Men look at women as inferior or less capable or less deserving than themselves. They need to have more respect for us if we want to achieve the same things as them.” And while I know this is true, I don’t feel the need to write about it because everybody else already has.

What I see as the biggest change that this world needs to see, is women respecting other women.

I have witnessed my fair share of misogyny at the hands of boys who think that I am less deserving than them, but the biggest sources of my problems when I am in leadership are the other women I work with. This stems from a lifetime of being taught that we are in competition with our fellow women.

Ladies, start looking for instances in media and in your own personal lives when you or those you witness are pitted against other women in competition for friends, men, and leadership roles.

We are taught that we need not show respect for women who are wiser and more experienced than us, but that we must refuse their counsel and instead strive to overpower them. Better yet, try to look for examples of healthy, positive female friendships in the media; these are exponentially harder to find.

I have been fortunate enough to befriend some of the most outstanding women I have ever met. They are intelligent, strong, compassionate leaders with fiery independence and endless potential. But I am also aware that these friendships are rare. I cannot count the number of people I thought were my friends, just to find out that they were consistently gossiping about me, trying to make me look bad, or were outright terrible friends.

I think we all need to reflect on our own behavior and realize that these friendships are not only unnatural but unhealthy. One of the first times that I really got to know one of my best friends was when we were competing for the same leadership role in our organization (shameless plug for Baylor Delta Sigma Pi). We stood outside together as the votes rolled in. As we waited, we agreed that whoever lost would become the “Assistant,” and that either way we would work in partnership until the following semester when the Assistant would hold the position.

Once we found out who won, that’s exactly what happened. When my friend won, we became a successful recruitment team built on mutual trust and respect, and the following semester I took over the role. Why aren’t these the stories that we expect to experience? How often do you look at your competitor, recognize that you both love competition, but still shake hands and agree to a fair fight? These are the relationships that are lacking in the female community but are the ones that are most important.

Even from the time we are 10 years old, this idea that we have poor relationships with other women is fed to us. Just last year, my 5th-grade cousin and the other girls in her grade had to skip recess to write apology letters to each other, while boys were able to go outside to do trust falls. These girls may have had perfectly healthy relationships with their classmates, yet they were told that they had something to apologize for.

This may seem like an attempt to solve the problem that I claim our society has, and indeed, that may have been the intention. But psychologically, telling a girl that she has poor relationships and needs to apologize for them, especially if these relationships are being compared to relationships between boys, reinforces the idea that this is how things “just are.”

While writing an apology letter is the best solution for many situations, telling all girls that they need to apologize for doing nothing wrong when they are 10 is the very reason I apologized yesterday when someone bumped into me because they were texting while walking, or why there are dozens of movies about crazy women who cause problems, while we empathize with a man who takes none of the blame.

Alternatively, I learned how to have healthy friendships with my first built-in friend. My sister and I have not always been close, and in fact, we haven’t always liked each other very much. But while this was the case, we always had a mutual respect for each other. My mom (hi mom! I hope you read my articles!) instilled in us that we don’t have to be best friends, but we have to respect and support one another. This means that even when we fight, we keep each other’s secrets. Even when she steals my clothes, I help her with college applications. She may not want to talk to me, but she’ll still give me a ride to work if that’s what she promised.

And when it comes to friendships, I treat other women the same way. We may not have personalities that are compatible for friendship, but if you are a hard worker, I’ll defend you when our boss asks about your work ethic.

I’m sure some of you are reading this saying “guys can have unhealthy relationships too” or “I’m a woman and I know SO MANY great women and we have awesome relationships.” And while those things are definitely true, it is also true that many issues in our society are faced by some people more than others, and this is an issue that faces more women than men. I don’t expect everyone to share my experiences, but I invite you to take a look at your relationships and the relationships of those around you to see if you are a catalyst for change.