Woman With Cystic Fibrosis Raises Awareness Through Educational Dance Performance
Odyssey
CurrentlySwoonLifestyleHealth & WellnessStudent LifeContent InspirationEntertainmentPolitics and ActivismSportsAdulting
About usAdvertiseTermsPrivacyDMCAContact us
® 2023 ODYSSEY
Welcome back
Sign in to comment to your favorite stories, participate in your community and interact with your friends
or
LOG IN WITH FACEBOOK
No account? Create one
Start writing a post
Student Life

"Movement is my passion. With movement, you can explore every corner of the human existence." 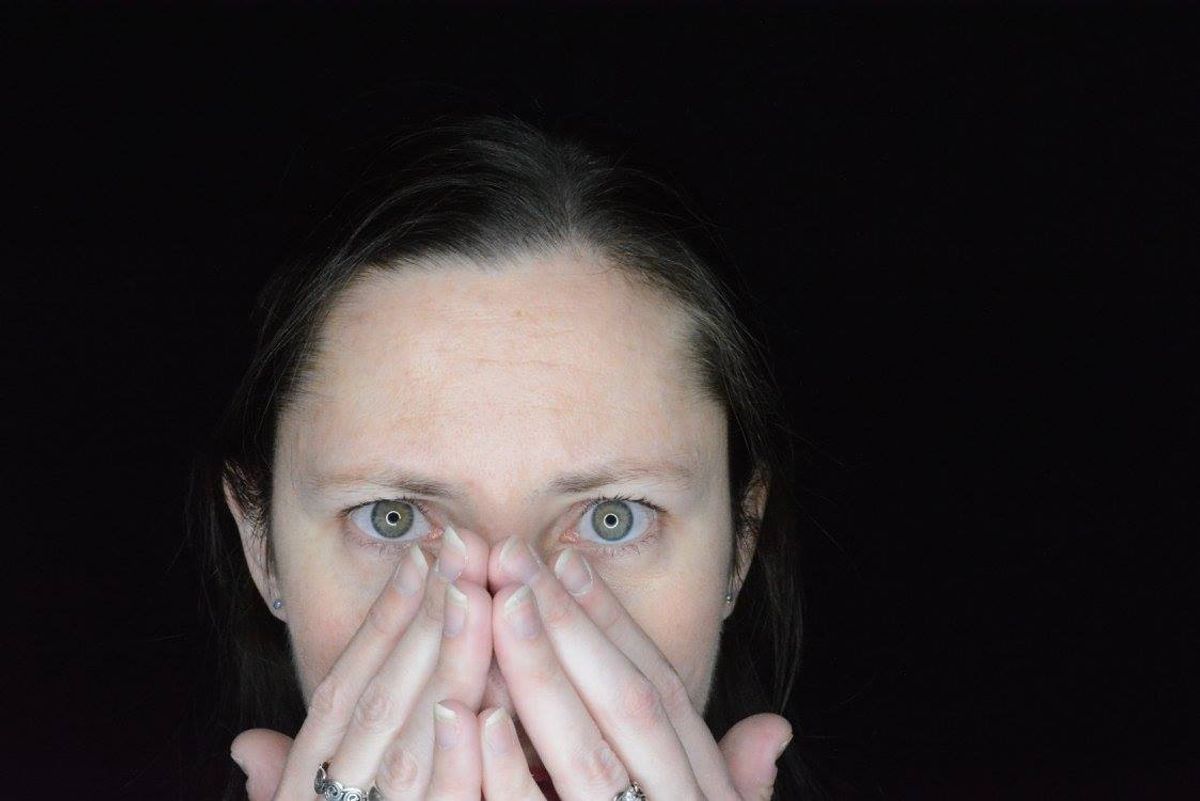 A tragic accident led a 37-year-old woman battling cystic fibrosis to make her passion her career. Now, she’s working toward developing an educational dance performance based on her experience with chronic illness.

Heather Brown, a former lab technician from Massachusetts, has been dancing since her toddler years. From the moment she was able to enroll, Heather’s mother signed her up for class at a local studio where she developed a passion for ballet. By her early teen years, Heather was competitively dancing and pursuing a path to professional dancing.

While she ultimately decided to pursue Biochemistry as her major field of study in college, Heather did not stop fulfilling her passion. She sought out opportunities to dance and eventually found a small studio in Rockford, Wisconsin. By taking classes in modern dance and finding time to choreograph dances for her classmates, Heather was able to obtain a minor in Performing Arts.

Heather’s deep passion for dance did come at a cost, however, with long rehearsals and auditions during which she had little time to eat or drink. In hindsight, Heather says she realizes that the nausea and illness she experienced after such long sessions were likely related to complications with cystic fibrosis as opposed to exhaustion alone.

It was after she graduated college that the severity of her battle with CF began to show its true colors. Just after graduation, Heather traveled to California on scholarship to begin working at a dance camp. Unfortunately, and to her dismay, the camp only amplified the dreadfully long work hours that tended to trigger her CF and harm her health.

Brown was unable to complete the full three weeks at camp. She was at the lowest she had ever felt, with excessive sputum and a hemoptysis scare. An emergency hospital visit and $200 worth of antibiotics later, Heather was on the next flight home and would be admitted into the Boston Children’s Hospital the next day.

Heather describes having experienced a slump upon being released from the hospital. The entire experience had drained her health and motivation, until she landed a job as a biotech lab technician with Amgen, where she remained for the next ten years.

With a comfortable career and stable health, things were in good shape for Heather. She was even able to continue pursuing dance as a hobby after work.

It was in 2010, just before the one-year anniversary with her husband, that the two were in a severe motorcycle accident.

The incident landed she and her husband in the ICU with injuries ranging from a fractured femur, to crushed knees, to fractured skulls and pelvises. Heather required two surgeries immediately after the accident.

Her recovery took more than 10 months, during which time Heather and her husband required intensive physical therapy. Heather tells me it crossed her mind that she may never be able to dance again – but with the positivity of a supportive team, she was motivated to gain back her strength and return to dancing. She had the go from her orthopedic surgeon.

Her decision to return to dance class even before returning to work speaks to her true passion. Even after she returned to work, things simply weren’t the same. Her health had taken a turn for the worse and began to drain her.

Heather struggled, however, to find the energy to pursue her love of dance while working full time after the accident. With strength and fervor, she decided to quit her job and pursue choreography and dance teaching.

Now, Heather is teaching both dance and yoga at several studios in Massachusetts, including Feet in Motion; The Dance Factory; Earth Song Yoga; and Franklin Yoga.

In her free time, Heather is working to establish her own nonprofit, Heather Brown Dance, and put together an educational dance performance, “Continuing Fluctuations (CF,)” a reflection on her journey. Using her own resources, she is training dancers, many of whom are personal friends, to perform pieces that portray the different experiences that people with cystic fibrosis and other chronic illnesses might face.

One such piece takes common phrases heard by those fighting illnesses, like “You Don’t Look Sick,” and brings them to life via dance and movement. Another piece is a duet about Heather’s own relationship with CF, called “Keeping the Enemy Closer.”

Heather says her goal is to bring her performance around the country and to “any community that needs more empathy for people living with chronic illness.”

She says she hopes to raise awareness for cystic fibrosis through her performance at local theaters, colleges and events.

"For me, movement has also been the constant through a journey of self discovery and acceptance," says Heather. "Every time I start to work on a new piece, it is the beginning of another exploration, another journey into what it means to be a living human being and an artist."

If you’re interested in her efforts and would like to learn more or to donate, please visit Generosity , Heather Brown Dance , and Facebook for more information.

Heather has been working and reworking Continuing Fluctuations over the past year, with the goal of hosting a large kickoff performance by August 2018.

"I feel like so often when we hear about peoples' inspirational stories, looking at everything they have accomplished, we forget that it takes time to get to where they are, and even these people have to take time out to deal with their health."