A Thank You Letter To The Friends I've Made In College

Wofford's Interim is just the icing on top of a great four years. 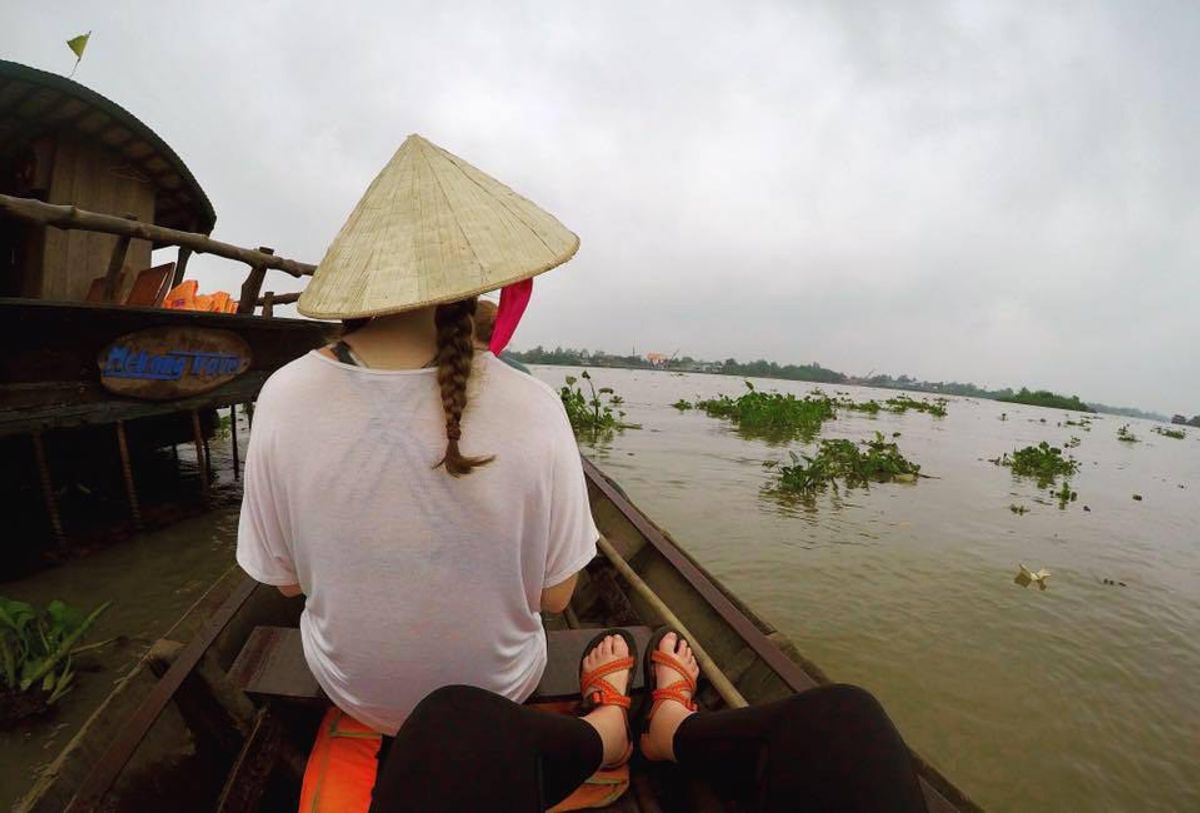 Wofford College: the college that has always been known for going back later than everyone else and getting out later than everyone else. For almost a month, we sit at home at the end of the summer while all of our friends have already returned to school. And then in reverse, we’re still crying in the library during finals week while our friends post Snapchats on the river or on the beach.

It’s annoying; I’ll be the first to agree. Sometimes I wish I just attended a “regular school.” However, whether we realize it or not, this schedule is just a blessing in disguise and I would never ever give up the opportunities that Wofford gives us.

So, what in the world am I talking about? Why is our schedule so whack? I’m talking about Interim, or our “January Term.” For any outsider, they just don’t understand. I’ve explained what Interim is more times than I’ve answered what my future plans are (and that’s a lot). After explanation, I’ve gotten responses like, “You mean to tell me that you got four credit hours for taking Taekwondo?” I just respond, “Yep.”

Wofford’s Interim program is beyond amazing. On campus, you can take a number of different classes. These range from anywhere from a “Reading Dickens” interim class to a “Belly Dance” class. The classes offered on campus are incredible.

My freshman year, I took Taekwondo on campus. A group of my friends took the same class and it was an experience that I will never forget. We got to wear the doboks and everything. By the end of the month, we were able to break boards and a couple people in my class even tested for their yellow belt. After a long month, I was ready for the class to end and even excited for the real classes to begin. Things to do on campus just run out. However, the memories made during that month were some of the most unforgettable.

But if an on campus internship doesn’t appeal to you, you can travel abroad. That’s right, you don’t even have to travel abroad for a whole semester. You can just travel for the month of January! I’ve had many friends travel so many interesting places this interim. I’m not even going to lie; I’ve had major fomo (fear of missing out) watching Snapchats or seeing Facebook post. These trips look amazing and I hope I can have the opportunity to travel abroad these next two years!

My roommate actually traveled abroad all the way to Vietnam, Laos and Cambodia. Her experience looked incredible. Another group of friends traveled abroad to Hawaii and spent the month “Thinking Like an Island.” Other friends traveled to Scandinavia while others spent the month in Washington, D.C. interning on Capitol Hill. These are just a few options of the many trips offered. The opportunities given during interim are endless.

And then, of course, you can also propose your own internship. This is the option I chose to take this month. For the month of January, I’ve stayed at home and worked in a law firm in Johnsonville, South Carolina. I really am convinced everyone in my small hometown thinks I’ve decided not to go back to school. But, come February, I’ll be back on campus.

My opportunity has been amazing and I truly wouldn’t trade it for anything (not even an Interim trip to Hawaii). I’ve learned so much about myself and about my future plans. So, here’s a thank you to Mrs. Holly Wall and Mrs. Marcia Davis. I can’t begin to thank y’all enough for this great opportunity.

And here’s to Wofford. The Interim Program is an amazing opportunity. I know I can speak for many Wofford students by saying, “Thanks Wofford.” We are beyond blessed to attend such a great college and Wofford’s Interim is just the icing on top of a great four years. I’m thrilled for my next two years and I can’t wait to see where my next Interims take me! Thanks again, Wofford College.