Why "The VVitch" Is The Least Accurate Portrayal Of Witchcraft
Odyssey
CurrentlySwoonLifestyleHealth & WellnessStudent LifeContent InspirationEntertainmentPolitics and ActivismSportsAdulting
About usAdvertiseTermsPrivacyDMCAContact us
® 2023 ODYSSEY
Welcome back
Sign in to comment to your favorite stories, participate in your community and interact with your friends
or
LOG IN WITH FACEBOOK
No account? Create one
Start writing a post
Lifestyle

Why "The VVitch" Is The Least Accurate Portrayal Of Witchcraft

You seriously got it all wrong, Mr. Eggers. 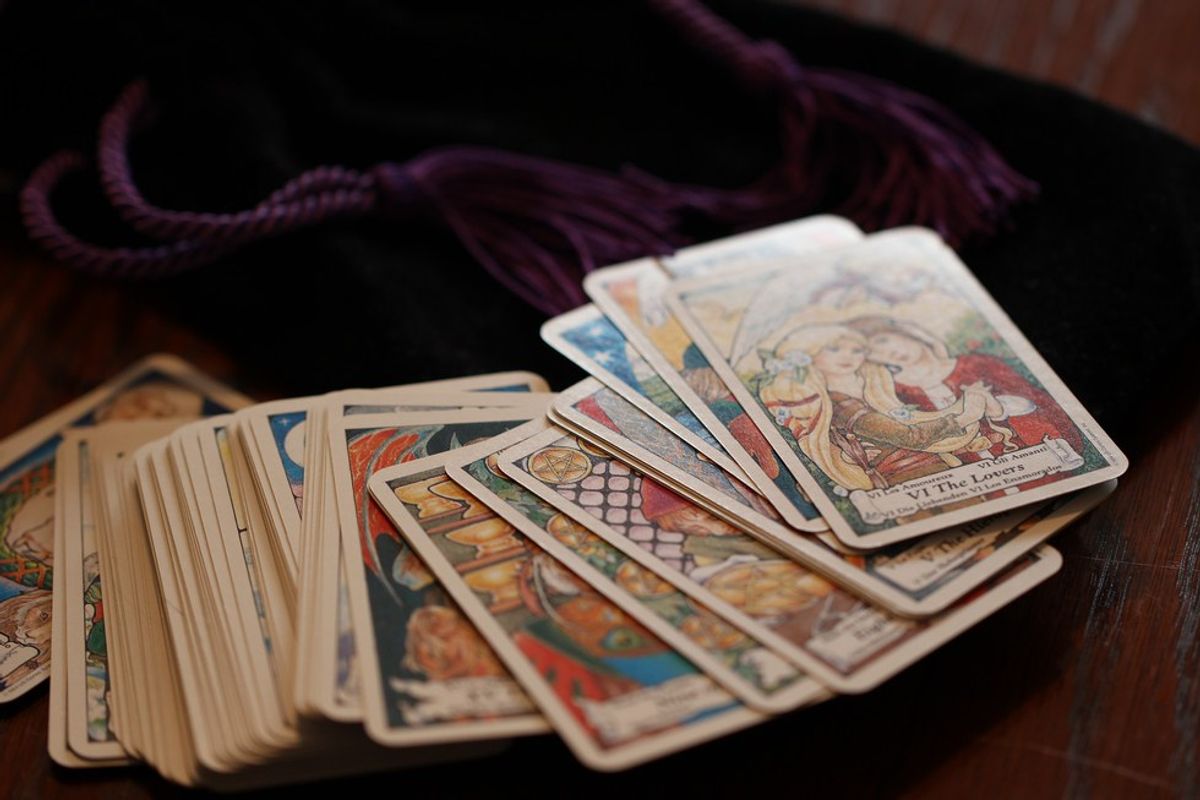 The VVitch, directed by Robert Eggers, released on February 19, 2016, according to many people, was a well thought-out film. There was a lot of research that went into the making of the film, trying to portray witchcraft in the most accurate way possible.

At the very end of the film, The VVitch states something along the lines of "This film is based off folktales, fairy tales, and historical witchcraft." There are quite a few problems with this. Even if you research witchcraft extensively, you'll find a lot of conflicting viewpoints. Historically, the concept of witchcraft that is present in the Western world stems from the Old Testament's laws against witchcraft, which, in turn, became mainstream when the Church started publicly stating their belief in witches. This happened during the Early Modern Period, which was around the 1500s. It probably started mainstream life towards the 1450s, however, based on a certain witch-hunting manual's publish date.

In 1486, two German monks, Heinrich Kramer and Jacob Sprenger, wrote the infamous witch-hunting manual titled Malleus Maleficarum (translated to "Hammer of the Witches"). This manual outlines how to identify a witch, what makes a woman more likely than a man to be a witch, how to put a witch on trial and how to punish a witch. Although the book was banned from use within the Catholic Church in 1490, but it was later used in brutal hunts in the 16th and 17th centuries.

But here we'll get to the meat and bones of why witchcraft is so closely associated with the Satan, Lucifer, the Devil, whichever name suits you. In Raymond Buckland's book, Buckland's Complete Book of Witchcraft, he outlines the history of Wicca (and other pagan religions), starting from the very beginning... or what we believe is the beginning. He starts out with the Paleolithic "woman" (his words), eventually coming to the start of the accusations and where witchcraft is given a bad rep.

When Christianity was first starting to gain popularity, the Old Religion, as it is known, since pagans went underground for thousands of years afterwards, was considered a rival of the growing church. Since pagans worship a horned god, the "New Religion" must have a horned devil - after all, gods of old religions are devils of the new. By what could be seen as the non-mathematical Pythagorean theorem (a2 + b2 = c2), if pagans worshiped a horned deity and the Christian's devil was horned, then pagans must be devil worshipers! (Thanks, Heinrich and Jacob.)

One problem: Satan, Lucifer, what have you, is strictly a Christian belief. There is no devil worship in any religions that practice witchcraft. There is, however, practice of Luciferianism in some traditional witchcraft. Luciferianism is a completely different practice than Satanism, which is also a completely different practice than what Christians want you to believe. I'll explain the difference, since everything seems to "intertwine" and confuse people. It's really just words that create the overlap.

For Satanists and Luciferianists, Satan and Lucifer (respectively) represent primal forces, freedom, and rebellion from dogma, among other things. There are two types of Satanism: LeVayan Satanism and Theistic Satanism. For Levayan Satanists, they see Satan (note: not Christianity's Satan) as a myth since it is an atheistic religion. For these Satanists, Satanism is a celebration of the self.

Theistic Satanists recognize supernatural beings, and if Satan's name is used, so what? Again, this is not Christianity's Satan. For both LeVayan and Theistic Satanists, Satan represents sexuality, pleasure, strength, rebellion, etc, which is far from Christianity's Satan: according to Lutherans, Satan is "the chief evil angel, the 'prince of demons' (Luke 11:15). Here is how our Lord Jesus Christ describes Satan: 'He was a murderer from the beginning, not holding to the truth, for there is no truth in him. When he lies, he speaks his native language, for he is a liar and the father of lies' (John 8:44)" (LCMS).

Luciferianism doesn't consider themselves a part of Satanism, but rather a separate religion. They use Lucifer's name in the literal sense: Lucifer means "lightbringer" in Latin. Rather than being a figure of challenge, rebellion and sensuality like Satan is in Satanism, Lucifer is a creature of enlightenment, the one who brings light out of the darkness. Luciferianists also stress the balance of light and dark. While Satanists revel in physical existence, and Christianity focuses more and spirituality, Luciferianism is a religion that seeks a balance of both, recognizing that human existence is an intersection of the two.

Because Robert Eggers researched historical witchcraft, he wasn't informed on the Old Religion, Wicca, Satanism or Luciferianism. His research, most likely, paved way to, heavily influenced by Christians and Christianity, journals, books, etc. that equated witchcraft with devil worship. And we have our dear friends Heinrich Kramer and Jacob Sprenger to thank.