5 Things The Mainstream Media Gets Wrong About Marijuana
Odyssey

5 Things The Mainstream Media Gets Wrong About Marijuana

The mainstream media loves to spin popular tales to delegitimize the benefits of legalizing marijuana. 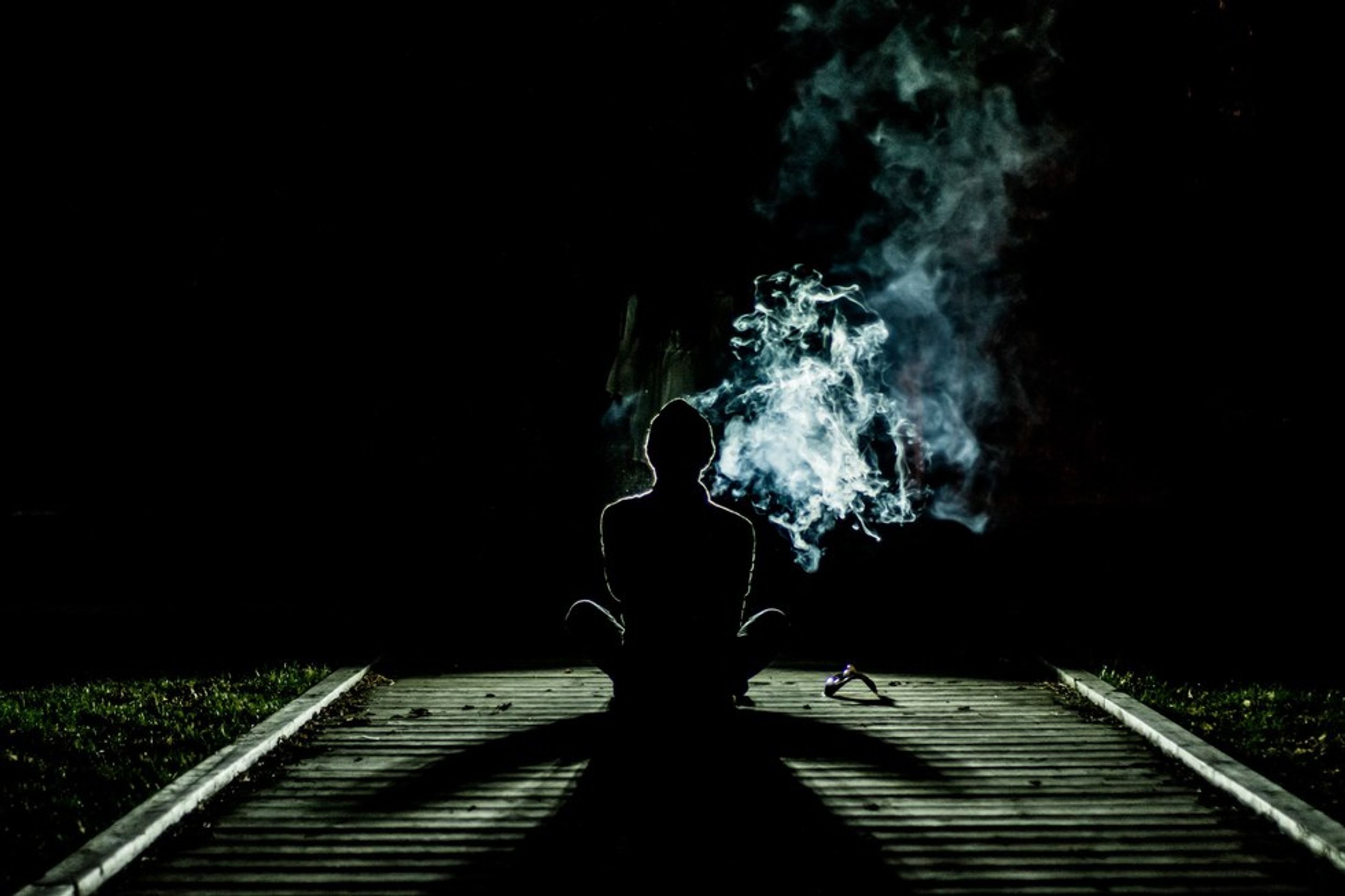 Although marijuana laws in the United States have been loosened in parts of the country over the past few years, a majority of the public still remains unaware of the true motives behind the crumbling prohibition and it's influence on public opinion of the popular drug. Harry J. Anslinger, the first commissioner of the U.S. Treasury Department's Federal Bureau of Narcotics, propelled this anti-marijuana rhetoric by using the mass media to his advantage.

With media outlets in their back pocket, reefer madness has run rampant for decades, emphasized in the 1970's by former President Nixon's declaration of the War on Drugs. After a movement in the late 60's and early 70's to liberalize marijuana laws in the U.S., the Nixon administration utilized similar tactics as Anslinger did in the 30's in order to reign in public opinion and create a more uniform narrative about pot.

This manipulation of the masses has been accompanied by a series of misconceptions commonly perpetuated to the public to intimidate mass opinions surrounding marijuana and its effects on society.

Myth: Marijuana is a gateway drug.

Fact: Marijuana is NOT a gateway drug.

Labeling marijuana as a gateway drug has been one of the cornerstone arguments for opponents of pot liberalization for decades. Substance abuse education programs such as D.A.R.E. are notorious for condemning substances such as marijuana for corrupting the youth and can lead to lifelong substance abuse issues. Multiple studies conducted by the American School Health Association, however, argue otherwise.

A pair of studies conducted by the group in 2012 and 2015 have labeled alcohol, not marijuana or tobacco, as the true gateway drug to substance use and abuse in youth. The results revealed that alcohol use in 12th-grade students was more likely to initiate the use of tobacco, marijuana and other licit and illicit drugs as a result. Although no condoning any sort of drug use in youth, the studies suggest that the younger someone starts consuming alcohol, not marijuana, the more likely they are to use illicit substances later in life.

Myth: Traffic deaths from marijuana use are on the rise where marijuana is legal for recreational consumption.

Fact: Traffic deaths are on the decline in states with legalized marijuana.

According to Business Insider, traffic-related deaths have dropped approximately 11 percent on average in the 28 states with legalized medical marijuana. The study conducted at Columbia University's Mailman School of Public Health spanned nearly 20 years while analyzing 1.2 million fatalities, concluding that more access to the drug has some sort of correlation with the decrease in traffic deaths caused by stoned driving.

Does this mean it's safe for people to smoke and drive behind the wheel? Not necessarily. But studies funded by the National Institute on Drug Abuse and the Office of National Drug Control Policy have shown that marijuana's impact on a driver's ability to drive safely is far less extreme than the effects of alcohol on one's coordination. In fact, CNN's own Dr. Sanjay Gupta even suggests in his primary medical marijuana documentary entitled "Weed" that drivers with experience smoking marijuana regularly are less likely to have the disruptions in the brain that cause impairment while driving.

Myth: Children and young adults are at a greater risk to consume marijuana when legalized.

Fact: The younger you are, the more difficult it is for you to obtain and consume legal marijuana.

To prevent the wrong people from consuming potentially potent marijuana products, states with legal marijuana have put safeguards in place within the law. States like Massachusetts require manufacturers to label marijuana-laced products with warning labels by law in an effort to avoid accidental consumption, especially in kids. Instances of children consuming legal marijuana products are typically linked to custodial neglect as opposed to mislabeled product.

Teen pot use in Colorado has plummeted in the few years since the prohibition was lifted statewide, something many feared would skyrocket as a result of legalization efforts. According to a biannual poll conducted by Colorado's Department of Public Health and Environment, reported teen use of marijuana in the state has dropped approximately 22 percent since 2011, the year prior to the state's legalization of pot which restricted sale and consumption to those 21 and older.

Myth: Crime rates will increase as a result of marijuana legalization.

Yup. Legalizing a "street" drug has lead to a massive decrease (not increase) in crime rates in participating states. Who would have thought, right?

Washington State officials have recently begun to advocate for liberalized marijuana laws nationwide by promoting the promising statistics that have since emerged from the state's recent abolition of the marijuana prohibition. Marijuana violations in the state, for instance, are down 63 percent in the years since legalization while marijuana-related convictions are down by 81 percent. Additionally, the state garnered an extra $83 million in tax revenue from marijuana sales after the first year of legal sales which goes toward improving public works such as education and law enforcement.

Myth: "Stoners" are generally unproductive and contribute less to society.

Fact: Some of the world's most productive innovators are notorious stoners.

The stoner stereotype tends to revolve around a scraggly image of a half-witted degenerate working one of society's menial jobs to earn a paycheck just big enough to feed their habit while living in their parents' basement. Yet this stereotype frequently perpetuated by the mainstream media mischaracterizes a majority of pot smokers who use the drug to not only fuel their creativity but open their mind to complex concepts otherwise overlooked by the sober mind.

Michael Phelps was caught smoking from a bong just months after setting an Olympic record, costing him sponsorships left and right due to his tarnished public image. No child should look up to someone who smokes marijuana, right? Even if it had no effect on his athletic performance or general moral standards? Yeah. Makes sense.

Barack Obama took on Bill Clinton's famous, "I didn't inhale," comment from his 1990's presidency by clarifying to reporters when confronted about the issue that, "When I was a kid, I inhaled. That was the point." He isn't the only president to have ties to marijuana outside of the White House, either. Abraham Lincoln reportedly revealed in his personal writings that he enjoyed sparking up. Even George Washington and Thomas Jefferson were notorious for growing hemp on their own respective farmlands.

Stoners are far more coherent and successful than many skeptics bother to realize. Pot doesn't hinder their potential but rather enhances it, contrary to popular belief. Apple CEO and co-founder Steve Jobs openly enjoyed toking up during his lifetime as did world-famous astronomer and author Carl Sagan. Even Morgan Freeman is a cannabis connoisseur. The idea that marijuana is a detriment to one's character and ultimate success is one of the biggest misconceptions perpetuated by its opponents.

Understanding the imbalance within the current mainstream media's portrayal of legalization efforts is key for viewers as the media has historically sided with those promoting the prohibition. Outlets are often times bound by their sponsor's special interests including pharmaceutical companies, who oppose medical marijuana, and the alcohol industry, who see legal marijuana as a threat to sales and can sometimes be prohibited from promoting pot legislation altogether.

Essentially, there's no need to fear marijuana legalization, no matter how much the media may attempt to convince you otherwise.

Caitlyn Morral
St Bonaventure University
4726
Wordpress
Odyssey recognizes that mental well-being is a huge component of physical wellness. Our mission this month is to bring about awareness & normality to conversations around mental health from our community. Let's recognize the common symptoms and encourage the help needed without judgement or prejudice. Life's a tough journey, we are here for you and want to hear from you.