Why White Privilege Is As Racist As It Sounds
Odyssey
CurrentlySwoonLifestyleHealth & WellnessStudent LifeContent InspirationEntertainmentPolitics and ActivismSportsAdulting
About usAdvertiseTermsPrivacyDMCAContact us
® 2023 ODYSSEY
Welcome back
Sign in to comment to your favorite stories, participate in your community and interact with your friends
or
LOG IN WITH FACEBOOK
No account? Create one
Start writing a post
Politics and Activism

Why White Privilege Is As Racist As It Sounds

Head's up: I am white and I do not consider myself privileged. 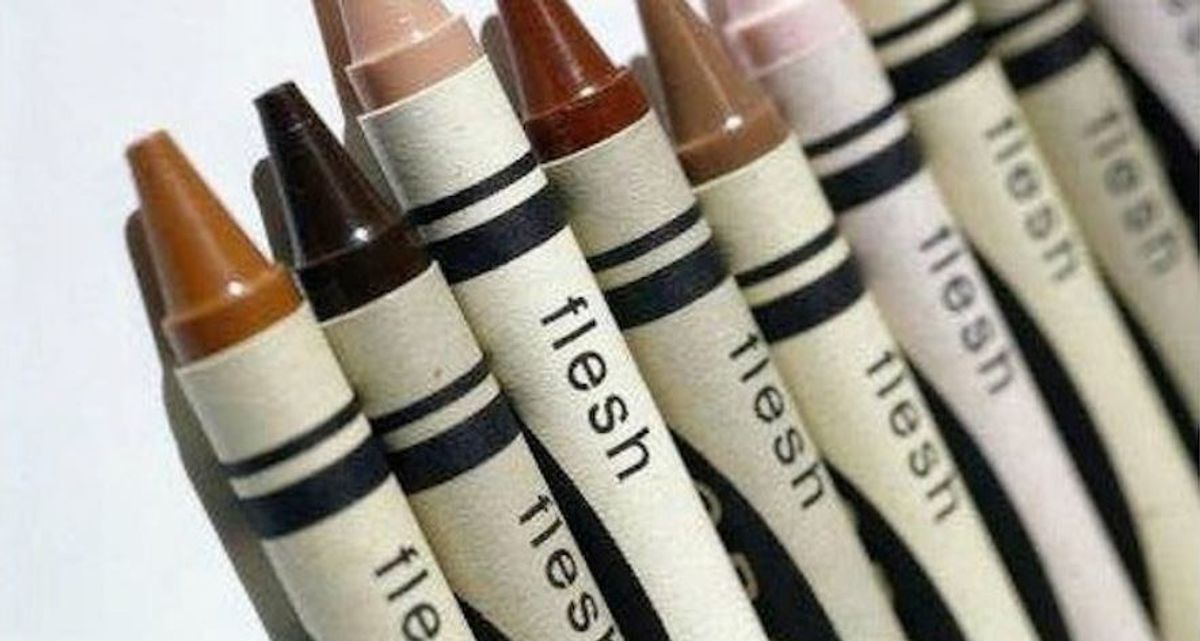 Let me start this article by saying that I am white and I do not consider myself "privileged." In fact, I don't consider anybody of any color (Except maybe the super famous ones) privileged for the sole fact that I don't know everyone and cannot make that assumption based on, well, nothing. You know, like how the term "white privilege" was coined: out of nothing. I don't even know what these things that I supposedly benefit from are, that you're discriminating against me for. You hear it in the media and in arguments all the time these days; "You don't know what struggling is because you're white and privileged,"or "You don't have to worry about going to school or getting a job because you're white. That means you're automatically in. Take your privilege and leave."

Those were actual comments I saw on social media from real people who believe that because someone is white, they have everything they need in life handed to them and never go through hard times.

Well here's a not-so-shocking revelation: Hardships and struggles do not care what color we are. Poverty doesn't look at someone who's white and say, "I can't bother you," but at least that person sleeping on a park bench has their "white privilege," right? Or have we been so blinded by what we're being told that we'll believe anything? So much so that white underprivileged people believe they have it better than a minority as to not seem racist? That's what this problem all boils down to, really: Racism.

If I talk about how an entire minority has a certain attribute, I'd most likely be called a racist. Yet somehow people can say that every single white person has these "privileges" and that those give us an advantage in life. Let's look at the Webster dictionary of racism:

(Noun) - the belief that all members of each race possess characteristics or abilities specific to that race, especially so as to distinguish it as inferior or superior to another race or races.

Basically, stating that white people have white privilege literally falls under the exact definition of racism.

Yes, as a white person, there are some things I don't have to worry about as much to an extent. When I'm on a plane, I don't have to worry about people hoping I don't have a bomb. When I'm walking on the sidewalk with my hood up, people won't think that I'm going to mug them. But what about not having to be afraid of police officers? Maybe I just didn't break the law or, on the other hand, I get pulled over by a police officer whose racism is geared toward white people. Yes, they do exist. White privilege supposedly includes that I don't have to worry because when I turn on the television, only white people are represented. We all know that's not anywhere near true in the present day so I don't know when these "privileges" were made, I guess I never got the memo.

At the same time, however, there are some "privileges" that are said to be exclusively for whites that aren't true. Just because I can get into school or I can get a job, doesn't mean that I'm having it all handed to me or that it's even a guarantee. I'm also not stopping anyone else from working hard and getting to the exact place I can get to. Schools and employers now want diversity meaning that, in a way, white people are losing opportunities even if it's not warranted, such as losing a job to someone less qualified only because the company needs diversity.

I want to lose a job position to someone better than me, no matter what race. Affirmative action programs at schools are also started with the premise that all races are less fortunate than whites. What happens if someday, my children can't get into school because they're less fortunate and they're white? Isn't that a minority privilege?

Maybe the nation should be working toward equal economic and quality education opportunities along with poverty, in hopes that maybe it'll help solve race problems, too. I personally believe that the programs for education now should be based on class and not race. However, if you are a minority and you work your butt off to beat someone for that one internship or for that spot in your program then I say great job. That's when you see that "white privilege" is less privilege than people think and more just hard work.

So unless you are born into money, which can happen no matter what race you belong to, you're most likely part of the struggling middle class along with people of every color, including whites. Now I could have written an article about how I have white privilege and many people would probably be saying, "Finally, a white person gets it!" But the truth is that I don't understand it, so I wrote an article based on a privilege that every human being is lucky to have: an opinion.