Why We Think Your Art Is Boring
Odyssey

Why We Think Your Art Is Boring

Why is the avant-garde so hostile? 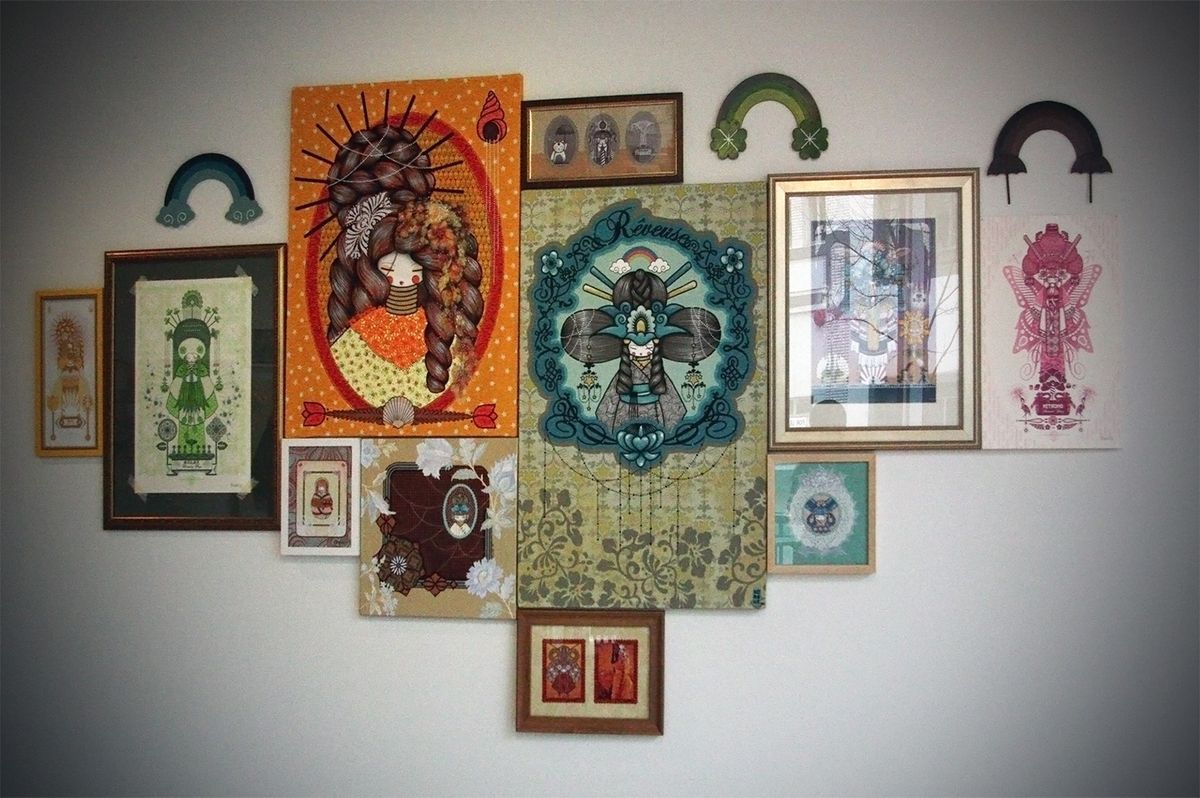 Disclaimer: This article reflects the views of the author, not the Art Appreciators group nor Odyssey Online.

Just last month we published an article critiquing (rather childishly) the vast majority of postmodern art. The author is not exactly alone in their frustration at the way the art institution lauds conceptual, postmodern, and avant-garde art. And like most people who harbor strong feelings about what "art" is -- they're dead wrong.

In my experience in the artworld, there are two types of individuals who are hostile to avant-garde art -- other than the common uninterested-and-willfully-ignorant-suburban-dad . There are disgruntled traditional artists, and disgruntled conservatives. It's a bit harder to shake the conservatives -- they're dead set on supporting "real" art and attacking what they perceive to be the "liberal" artworld. It's also easy to see why traditional and amateur artists have against the art institution: "I can do that." Sometimes, it's even cockier: "I can do better than that." Both of these are just codeword for the same grievance: "How come their art is famous, and mine isn't?"

And of course, the stereotypical answer that the avant-garde provides is simple: because your art is boring. But why is it boring?

1. Because you can't think for yourself.

Pieces like Marcel Duchamp's "Fountain" aren't so universally-recognized as seminal pieces of art because of some deep, esoteric meaning that normal people just don't "get" -- they're celebrated because they broke closely-held conventions in art. And in some cases, like that of Duchamp, they didn't just break artistic conventions; they parodied, poked fun at, and even openly mocked them. "Fountain", which is a rotated and signed urinal, was submitted to an exhibition that stated it would accept all art provided the artist paid the submission fee. By submitting something so inane, so uninteresting, yet at the same time puzzling, Duchamp criticized the commercialization of art. This theme re-appears later in his work -- by 1923, he had abandoned fine art all together and devoted the rest of his life to chess. In his own words: "[Chess] has all the beauty of art—and much more. It cannot be commercialized."

Good or beautiful art isn't always interesting art. Your art might be extremely life-like, beautifully composed, and maybe even thought-provoking (not that those properties make art "good.") However -- if it isn't saying anything new, it isn't saying anything at all. And if you don't know what I mean, take a look at the #artists on tumblr tag. Within 5 minutes, you can most likely pick out the tropes that saturate amateur art. And, as you probably guessed, not all of them are looking for recognition as fine art. Just like no one should be forced to follow artistic conventions, no one should be forced to go against them, either. Many people take up art as a hobby or even as therapy, and don't care to think about the philosophy of art, or even the current state of the artworld. And that's completely fine. But following trends -- any trend, whether traditional, modern, or postmodern -- is, admittedly, boring. It's trite, banal, and cliché. When you follow the herd and refuse to create new and fresh ideas, don't be surprised when people start to choose urinals over your work.

2. Because your art is constricting.

A huge concept in modern and postmodern art is the democratization of art. For hundreds upon thousands of years, art was said to be based on talent.

This idea that good art could only be created by a select few who were simply born great artists prevailed; and still prevails today. However, we live in an age where we all (literally) carry tiny boxes in our pockets that can perfectly recreate scenes in mere milliseconds.

The camera was the beginning of the end. Art as a means of documenting people, places, and things began to die out, and movements like impressionism, expressionism, and symbolism began to dominate under the umbrella of modernism. Visual artists began trying to present what photographs could not. The cubists attempted to splice different views of objects to create an illusion of a 4th dimension. The Italian futurists used lines of force to represent speed and movement. The surrealists began to explore dreams and psychology. And yet, none of them embraced photography as an art in its own right -- not even the famously anti-traditionalist, avant-garde futurists. Umberto Boccioni, famed futurist painter and sculptor, even went as far as to rally the other futurist painters against the futurist photographer and filmmaker Anton Bragaglia.

Regardless of historic hostility towards photography, it spurred the artist shift from intrinsic talent to a sort of artistic "meritocracy." More important than the ability to re-create forms on a plane was the ability to emphasize philosophical concepts, or simply to create something that had not existed before. Sometimes, works were overflowing with meaning -- artists like Mark Rothko and Kazimir Malevich used geometric, non-objective paintings that they believed could lead to a catharsis that transcended human language and symbology. Jackson Pollock and Kazuo Shiraga used action painting to represent their personal expression. Other times, works were completely devoid of it-- minimalists like Tony Smith created works in which meaning became "...relative rather than absolute, something generated through the interplay of word and object."

When an artist criticizes another artist on the grounds that their art is simply "not beautiful" or even "pretentious," they're constricting their artistic ability to one based subjective taste and arbitrary talent. More impressive than an artist simply being born with an ability to create accurate, realistic art (as if that ever happens) is an artist who has taken the time to learn; or taken the time to analyze the trends of the artworld and consciously (and openly) reject them.

3. Because we simply have different tastes.

In the end, there simply will always be a divide between the formal artworld and amateur artists, at least as far into the future we can see. Likewise, there will always be tensions between them. The difference being that much of postmodern art explicitly exists to transgress notions about society. "Fountain" simply wouldn't be "Fountain" if not for the stir it first created. "Piss Christ" would not be "Piss Christ" if not for the hoard of fundamentalist Christians deriding it. Even this article would not be the same if not for the openly pretentious and argumentative tone it takes in regard to traditional artists. In many cases, postmodern art exists to be opposed. And this may very well be the most original idea in contemporary art. Not exactly the contrarian spirit per se, but rather the acceptance of different worldviews -- never in history has criticism and open interpretation been so universally beckoned for, and never has art been as diverse or as plainly interesting as it is today.

Art has evolved from archaic notions about "pretty pictures on canvases" to an actual tool for social critique and change; one that is as pleasing to the mind as it is to conscience.