Why We Still Need Feminism
Odyssey

Why We Still Need Feminism

Feminist: a person who believes in the social, political and economic equality of the sexes. 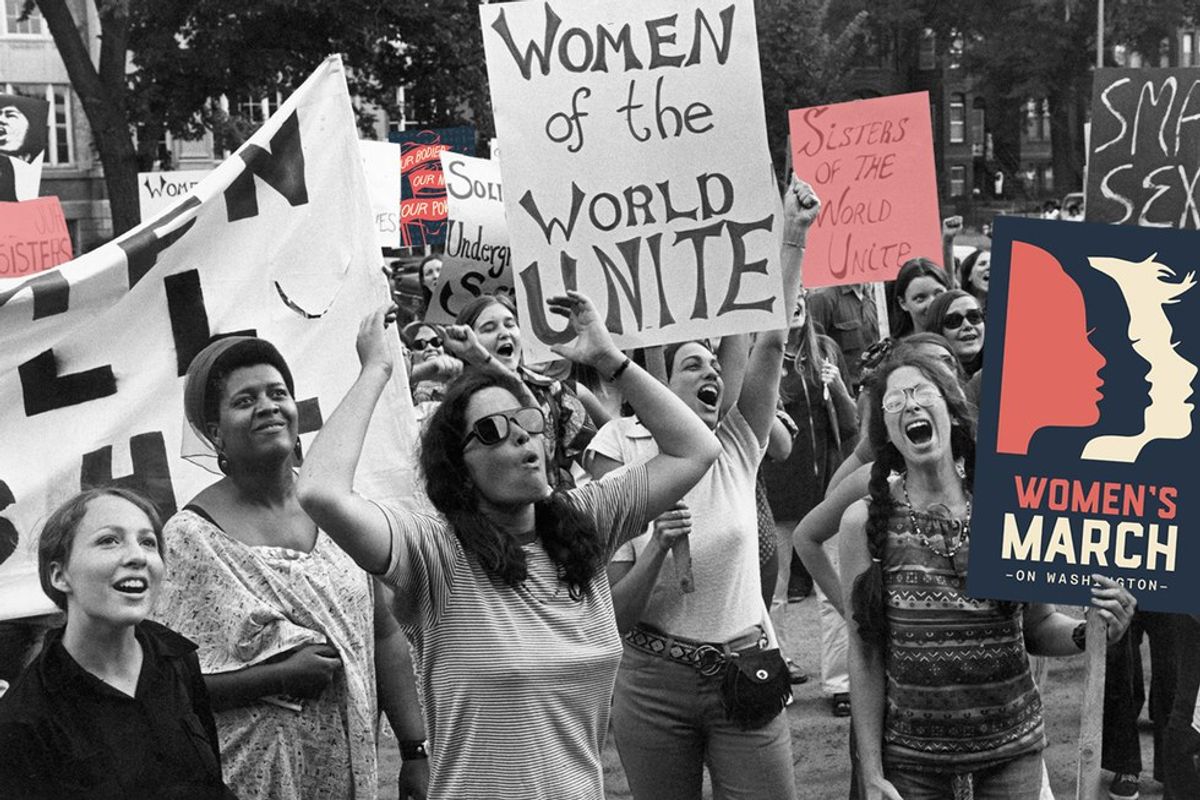 Feminism. A word that often instills panic, exasperation, and controversy. Feminist: a person who believes in the social, political and economic equality of the sexes. But feminism is NOT about male bashing. Feminists are NOT all women. And feminism is NOT detrimental to men.

It stings deep when I hear or read someone who states that feminism is “out-dated” and “unneeded”. Because women have had the right to vote since 1920, that means feminism should just disappear. There are so many other things women still don’t have when it comes to men. Let’s talk about equal pay.

Did you know that in 2015, women working full time in the United States typically were paid just 80 percent of what men were paid, a gap of 20 percent? (aawu.org). A woman doing the same job as a male, and still getting paid twenty percent less than her male counterpart. It is 2017 now, and we are still battling these issues. And with that being a gender issue, it is also a race issue as well. The pay gap is even worse for women of color. Among full-time workers in 2015, Hispanic and Latina, African American, American Indian, and Native Hawaiian and other native women had lower median annual earnings compared with non-Hispanic white and Asian American women (aauw.org). Let’s also talk about age. Women typically earn about 90 percent of what men are paid until they hit 35. After that median earnings for women are typically 76–81 percent of what men are paid. (aauw.org). Imagine being a fifty-five year old African-American woman in the work field. Gender, race, and age are all factors that are weighed in when it comes to the pay gap.

As most of you probably know, President Donald Trump has recently signed the Anti-Abortion executive order that “bars foreign aid to any health organization that provides abortions or even discusses the procedure as an option for women with unwanted pregnancies.” In shorter terms, it means women are going to be performing more dangerous and lethal abortions because of the government. But, wait…does government funding actually go towards any terminations of pregnancies? That’s right. The answer is NO.

According to the Huffington post, the United States spends about $600 million a year on international assistance for family planning and reproductive health programs, making it possible for 27 million women and couples to access contraceptive services and supplies.

Did you read that? Yeah, NONE OF THAT MONEY GOES TOWARDS ABORTIONS.

That’s right people. It’s the year 2017, and white men still believe they have the right to tell women what they can and cannot do with their own bodies. Because of course why would anyone need Planned Parenthood? Where they provide birth control, monograms, STD tests/treatments, and safe abortions for women, men, and young people.

According to Planned Parenthood, most of their federal funding is from Medicaid reimbursements for preventive care, and some is from Title X. There’s no keep-Planned-Parenthood-running part of the federal budget. Which means the government is blocking patients who rely on public health care programs from getting their care at Planned Parenthood centers.

The main point here is that women do not have the same rights over their own pay nor their own bodies, and so many other disadvantages towards women. Feminism is the fight towards equality for all, black or white, female or male, transgender, cisgender, old or young. The list goes on. Women are still at fault compared to the white man. We still need feminism. These issues are still here and they are not going away until we fight to end them. Speak up. Use your voice. And let’s fight until the end when we really, truly do not need the word “feminism” anymore. When there is equality for all.