Why We Need to Talk About Politics and Religion
Odyssey
CurrentlySwoonLifestyleHealth & WellnessStudent LifeContent InspirationEntertainmentPolitics and ActivismSportsAdulting
About usAdvertiseTermsPrivacyDMCAContact us
® 2023 ODYSSEY
Welcome back
Sign in to comment to your favorite stories, participate in your community and interact with your friends
or
LOG IN WITH FACEBOOK
No account? Create one
Start writing a post
Politics and Activism

Why We Need to Talk About Politics and Religion

What brings us together is so much bigger than what divides us. 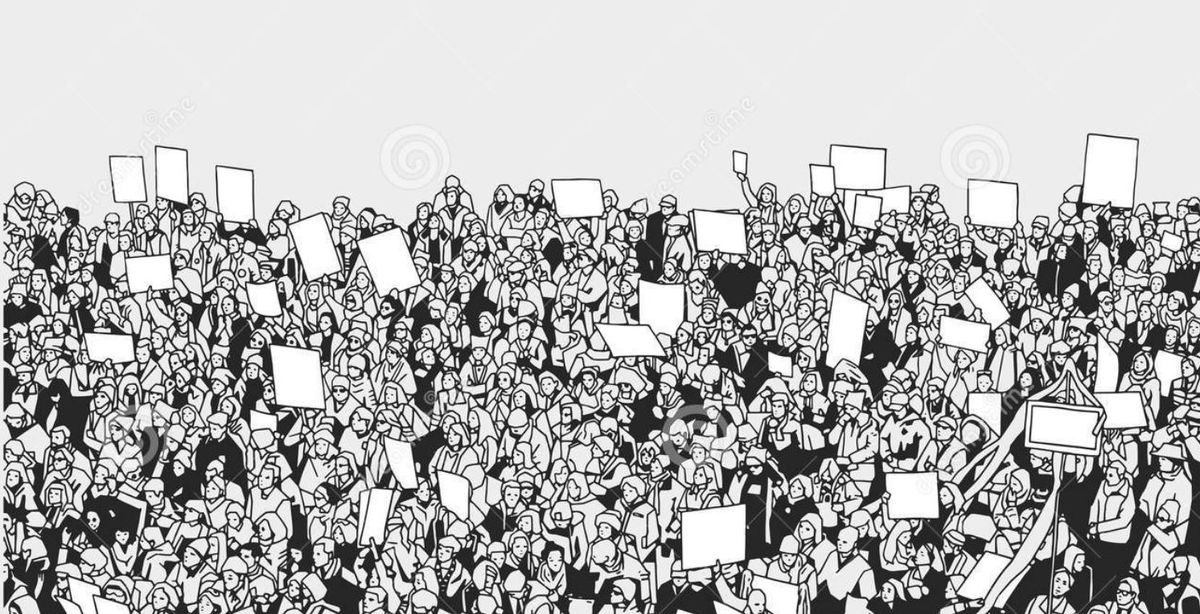 If you sit down at the average American dinner table, you likely know the two topics you simply don't bring to the conversation: politics and religion.

There has always been a sort of "taboo" around them. First date? Don't mention you lean toward the liberal side. Thanksgiving dinner? Don't bring up church if Pap is in the room.

Why? Well, maybe it has something to do with the fact we can't ever start one of these conversations without feeling burnt up by the end of it. Even when we try our hardest to respect others' opinions, we somehow can't get away from the inevitable debate when views clash.

Making people uncomfortable isn't a nice thing to do.

That is kind of a problem. Because think of it this way: If we can't talk about politics or religion within our social circles and families, our own networks, where else are we going to be able to talk about it?

I'm not talking about shoving flaming signs in people's faces outlined with our beliefs. Just simple conversation: stepping in the other person's shoes for a few moments, and really trying to understand their point of view. And then, them doing the same for you.

You see, there is a growing and disturbing trend of anti-intellectual elitism in American culture. Frankly, it's the dismissal of science, arts, religions, and humanities, and their replacement with self-righteousness, entertainment, ignorance, and deliberate gullibility.

Think specifically about politics for a moment. Growing up, if you had a free public school education like me (and over 90% of America), you probably didn't talk about it much. When you did, it was superficial, or sort of laissez-faire. You probably learned the names of the US presidents and had to memorize the names of political parties. But what about the things each party stands for? If you had asked me in high school, I could have given you a textbook definition for each.

Honestly, right now, it's even a little bit hazy. That's not because I'm ill-informed. It's because, based on their behavior, Democrats and Republicans don't seem to stand for much anymore, except ensuring that their party candidates get in and their personal agendas are met.

What about religion? Why are we so offended if someone simply brings the subject to the surface?

We can inquire about it all day, but the bottom line is this:

We need to talk about these things to understand one another.

We need not agree with everyone, but we can at least give each other the rights to our own opinions.

This is authenticity. This is real.

Our culture has become so twisted that informational debates have turned into spitting our egos back and forth to each other.

We can't just sit here and superficially argue about things we don't even have the respect to try to understand.

We won't ever move forward if we can't simply do this.

"Its only in the finer points that it gets complicated and contentious, the inability to realize that no matter what our religion or gender or race or geographic background, we will have about 98 percent in common with each other. And religion – whether you believe in God or Allah or Yahweh or something else, odds are that at the heart you want the same things. For whatever reason, we like to focus on the 2 percent that’s different, and most of the conflict in this world comes from that." -David Levithan