Killing Time: Why Time Is An Illusion

Killing Time: Why Time Is An Illusion 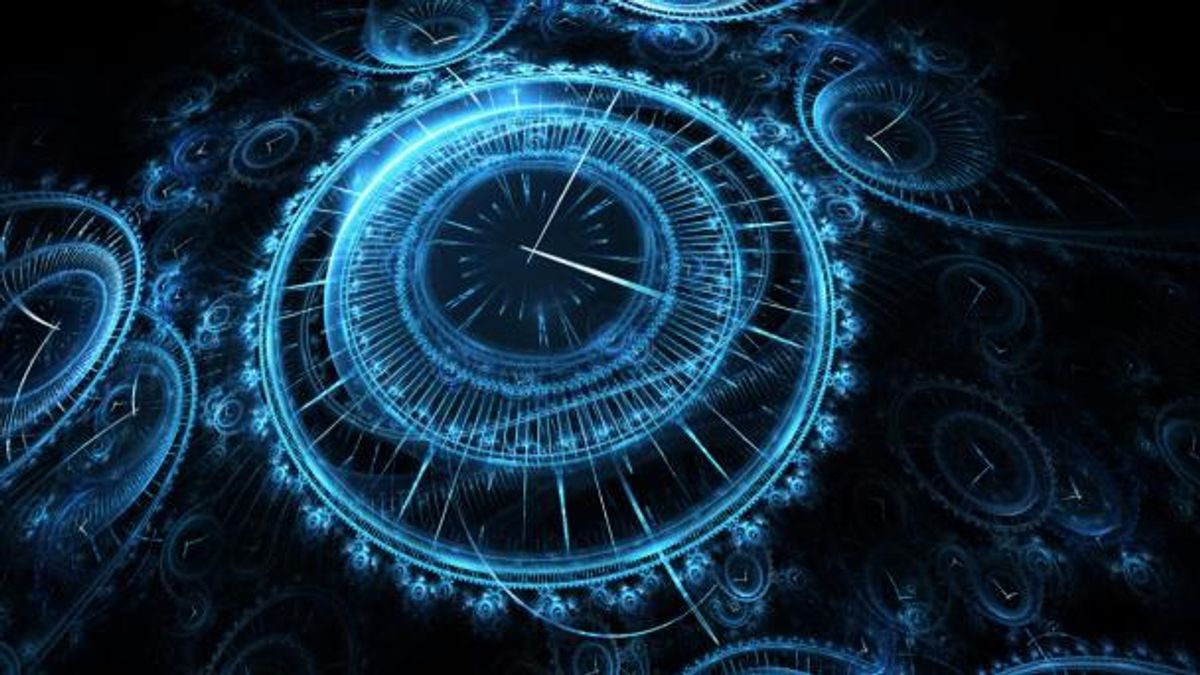 Institute of Art and Ideas

It’s about time you found out the truth: Time is not real.

“Of course time is fake,” you say. “It’s just a series of meaningless numbers meant to communicate an arbitrary concept merely for the sake of pretending to engage in functional society. Having trains run on schedule is a purely human invention, just like awkward foreplay and Cheez-Its. It’s not a real thing in the universal sense.”

It’s true. The timekeeping of the universe is, indeed, as meaningless as a simile with no comparison. However, it is also the case that time itself is just another way of fooling yourself into thinking you have agency.

How is it that you decide one particular state of being is different from another? The answer is change, whether it’s the slow rotation of the earth, the quick ticking of a wristwatch, the death and regeneration of skin cells, or the slow drip of the pipe in your basement you keep forgetting to fix. (The pail you put there to catch the water is almost full. You should go empty it out.)

But imagine for a moment that there was no change. It would be impossible to tell whether or not the world had been still for a minute, an hour, several thousand years. The universe could have come to a complete time-stop hundreds of times between when I opened this word processor and when decided it was mediocre enough to submit. There is no way to know, and there is no way to measure.

“Whatever,” you say. “I only care about what happens when I, personally, am involved.”

And yet everything is moving relative to everything else, so what is the point of comparison? There is none. What differentiates one moment from another? Nothing. When does Now become Then? There is no one definite event that separates the two. Perhaps everything is just one continuous moment.

All events are relational; they have a fixed position only relative to other events. It would be absurd to say that the printing press was invented before the first organic life form crawled out of a sea of primordial goo, or that the fall of Rome occurred after your breakup with Brenda.

One of these relational events is your existence. If the event of your existence coincides with another event, you would call it the present. There are multiple presents, all of which stand in relation to other presents, but none bear any correspondence to any objective fixed point. In the vast sea of causality, you only have our one subjective relational standpoint, like a boat that never knows exactly how far it is from shore because the tides keep moving and the waves keep rolling and the fish keep swimming and the phytoplankton keep photosynthesizing, and nothing stays still even for what one might call a moment. Not only is there no way to measure the distance, there is no way to know at all.

Indeed, time is just a clever ploy to sell clocks.

“No thanks. I’d rather defend a view of metaphysics that allows me to believe I have autonomy,” you say. Finally, you have made a statement against which I cannot justify any argument. It's about time.