Why The Death Penalty Is Constitutional
Odyssey

Why The Death Penalty Is Constitutional

Sometimes, the death penalty is the only way to deal with some of the most gruesome crimes in our world today. 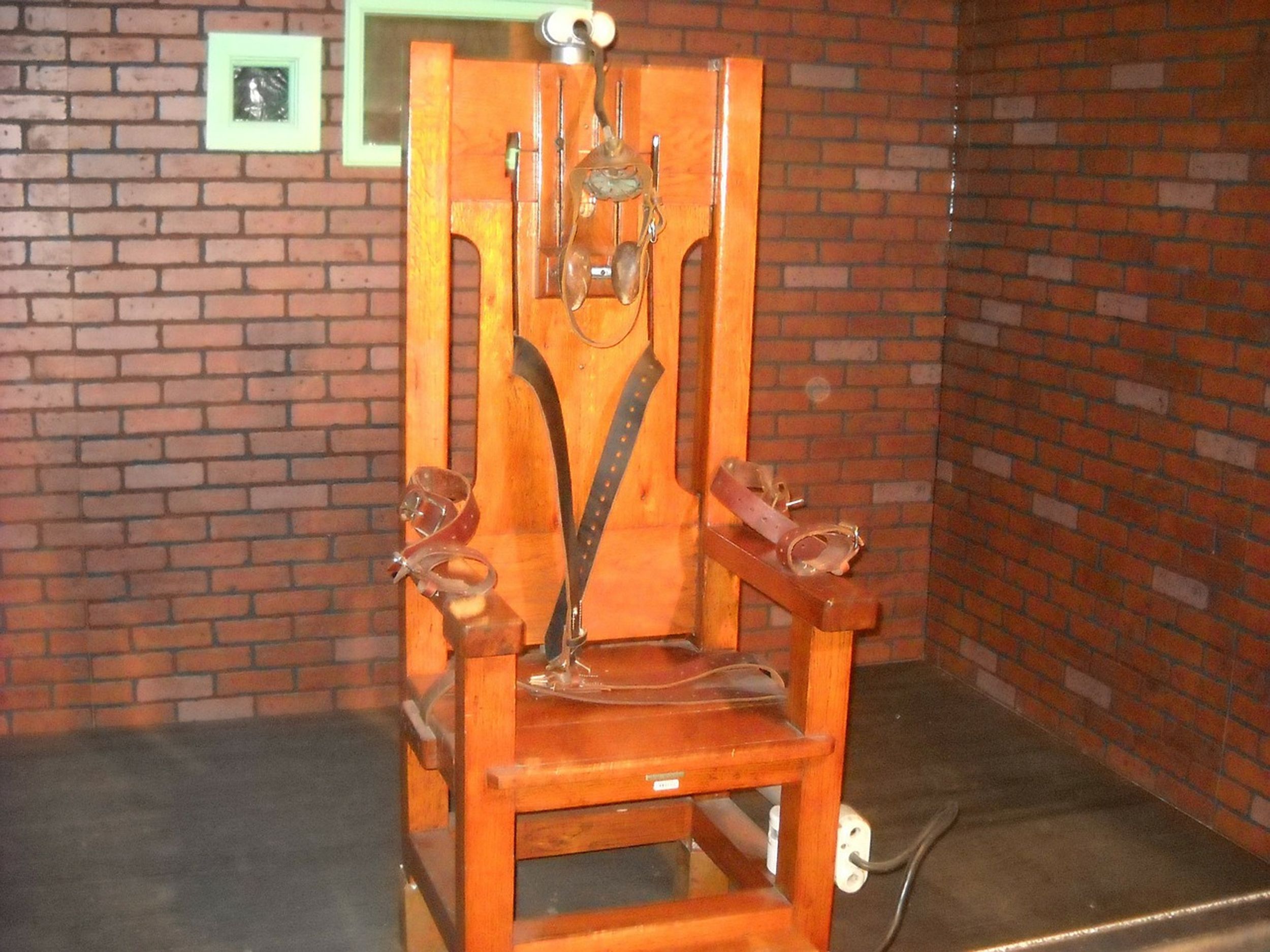 The death penalty, which has been around since the 18th century B.C., is a very controversial topic among Americans today. Its scope, which includes all of the cases that have been ruled upon having to do with the death penalty and the argument of whether or not it is morally in good standing to put someone to death, has long been the main arguing points for this topic.

For many Americans living in the southeastern United States, it is a belief amongst them that the death penalty is constitutional and should be used more than it already is. For example, in Texas, the death penalty has been used more times than in any other state in the union.

On the other hand, there have been many movements to try to end the death penalty. These movements, which have taken place all over the United States and have become so prevalent that many death penalty supporters are now worried that the issue will reach the Supreme Court of the United States yet again and the decision of Wilkerson v. Utah, which was ruled upon in 1879 and was the first such case to be ruled upon by the Supreme Court. The ruling states that execution as prescribed by territorial (or state) statute does not constitute cruel and unusual punishment.

As controversial as this topic is, and as many people that disagree with taking someone’s life, the death penalty is constitutional and should be used as much or even more than it is being used currently. These criminals that have committed these crimes obviously have no moral code and they should receive a punishment which matches their morals.

Although the death penalty is still legal to be carried out in the United States, it can take years to carry out and is not always used to its full potential. Many other laws and regulations have been enacted by appeals courts and other law deciding bodies that make it very difficult for the death penalty to be carried out. Those laws were early additions to the elaborate legal superstructure that has been erected around capital punishment. Since then, the courts have gradually "discovered" additional capital-punishment-related constitutional requirements. These include exhaustive prescriptions for trials involving capital cases, performance standards for defense attorneys representing those facing the death penalty, and limits on who may face execution — not rapists, not minors, not those with low IQs. Every single one is now the subject of endless deliberation that never seems to end, therefore never allowing the death penalty to be enacted.

I am not saying that the law should be completely thrown out when it comes to the death penalty; the law is the law. I am all for the law and the Supreme Court’s rulings being set in stone as the final say so when it comes to this controversial issue. But, I think the argument of moral code and should be prevalent in a jury’s mind when they are contemplating whether or not a person is guilty of a crime that could deserve the death penalty. This opinion of moral code says that if these criminals have committed an unspeakable crime such as a gruesome murder, one that would receive the death penalty during sentencing, then they deserve to be put to death.

But, the argument that those who are against the death penalty make is that the resulting due process is miscarried and the criminal has been put to death unlawfully, without proper defense and representation. And that, say those pushing today to end the death penalty, actually renders it unconstitutional. Because it is so rarely carried out, they argue, its application is inevitably incompatible with the requirements of due process. But it's an absurd theory of logic to say that because many of those eligible for and deserving of the death penalty aren't executed, those who are actually put to death, after all the elaborate safeguards and procedures, have been subjected to unlawful punishment or denied due process.

First there is a trial, with a separate "penalty phase" after conviction. Then there are appeals in state courts, and perhaps a request that the Supreme Court look at the case. Then state post-conviction proceedings, followed by appeals, followed by habeas review in a federal court, appeals, and then another request to the Supreme Court. In all, the average case is likely to be reviewed by various courts ten times and that's not even counting the inevitable last-minute habeas filings that the defense may try to file that keeps the judge up late at night writing opinions and signing documents.

So, this takes care of the opposition’s defense that these criminals do not get the proper defense and representation that they deserve. Controversially, there may be some instances in which the trial may become a mistrial, which constitutes a hung jury, which is where a jury must be selected again, and the entire trial has to be re-tried.

There are also multiple evidences within the United States Constitution that supports that the death penalty is not unconstitutional. In fact, the Constitution plainly allows capital punishment in several instances. The Eighth Amendment is the most famous, with its injunction against inflicting "cruel and unusual punishments." The Fifth Amendment also provides textual support for lethal punishment. No person, it reads, shall be "deprived of life, liberty, or property, without due process of law." That means the government may in fact deprive you of your life, but only after you've been properly charged, tried, convicted, and sentenced to death, and then only after you have exhausted your legal appeals. Upon ratification in 1868, the 14th Amendment's Due Process Clause applied that safeguard against the states. To be sure, judges are duty-bound to scrutinize the application of capital punishment in each and every case that comes before the bench. But the only way to end the death penalty in its entirety, without going through the Constitution, is through the political process.

The death penalty is one of the most controversial topics in our world today and is one that will be hotly contested for generations to come. The law is the law but the morality of the people accused and the people trying the crimes should come into question to support the laws that say the death penalty is constitutional.

Caitlyn Morral
St Bonaventure University
2572
Wordpress
Odyssey recognizes that mental well-being is a huge component of physical wellness. Our mission this month is to bring about awareness & normality to conversations around mental health from our community. Let's recognize the common symptoms and encourage the help needed without judgement or prejudice. Life's a tough journey, we are here for you and want to hear from you.