Why That Test Did Not "Rape" You
Odyssey
CurrentlySwoonLifestyleHealth & WellnessStudent LifeContent InspirationEntertainmentPolitics and ActivismSportsAdulting
About usAdvertiseTermsPrivacyDMCAContact us
® 2023 ODYSSEY
Welcome back
Sign in to comment to your favorite stories, participate in your community and interact with your friends
or
LOG IN WITH FACEBOOK
No account? Create one
Start writing a post
Health and Wellness

Why That Test Did Not "Rape" You 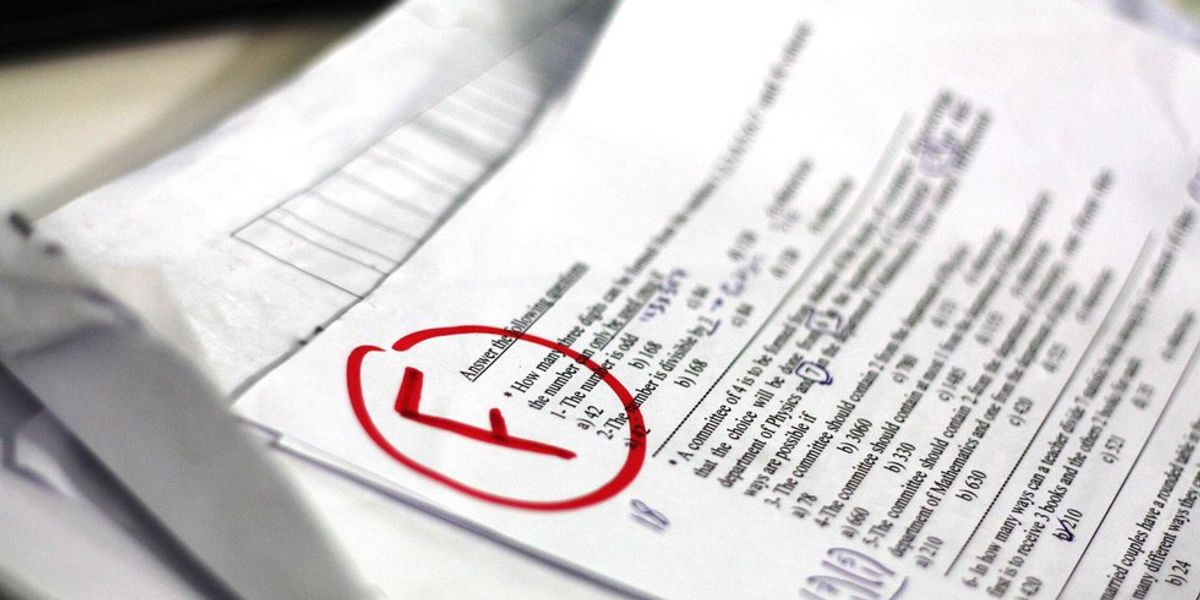 During finals week, everyone is usually stressing and studying hard for exams. You often hear comments made such as, "Oh that test raped me!" or "Wow, I am going to get raped by this exam." Many people think these comments are funny. Well, the truth is, they're not.

Before you tell me that I am too sensitive, that it's not that big of a deal or you didn't mean it literally and people know that you're joking, hear me out. It's not a joke and never should be a joke. I am not trying to lecture you or yell at you for saying something that has been accepted by our culture for many years. I am simply going to give you my side on the subject and I am hoping that you will take something away from it.

On college campuses there are many people. All of these people come from different backgrounds and have different backstories. Everyone's backstory is different, so it is safe to say that you do not know everything about every single person. Sixty-eight percent of all sexual assaults are not reported to the police. It is very possible that one of your best friends has been a victim of sexual assault and has told no one.

You were 5 years old and an older relative told you, "We're going to play a game, but you can't tell mommy and daddy, okay?" This "game" went on for five years before you were brave enough to tell someone.

You were at a party with your friends your senior year of high school. This really cute guy who seemed really friendly brought you a drink. You wake up the next morning in a strange bed with your clothes scattered across the floor and no memory of what happened the night before after being handed the drink.

These situations happen more than you think. There are many other variations of experiences that people have with sexual abuse and everyone reacts differently. One of the main side effects of sexual abuse is anxiety. Sometimes it is so extreme that even a certain smell can jog a memory and cause them to go into a panic attack. These attacks can also happen from someone just mentioning the word rape.

So the next time you walk up to someone and yell, "Yup, just got raped by that test!" Think about the people around you. How do you know for certain that none of them have experienced any form of sexual assault before? You simply don't, and you never will be able to know the experiences of those around you. The simple solution is that your test was difficult, it was stressful, but it did not rape you.

If you or someone you know has ever experienced sexual assault, there is always someone willing to help. Call 800-656-HOPE (4673).