Why Sonic The Hedgehog Is Better Than Super Mario
Odyssey

Why Sonic The Hedgehog Is Better Than Super Mario 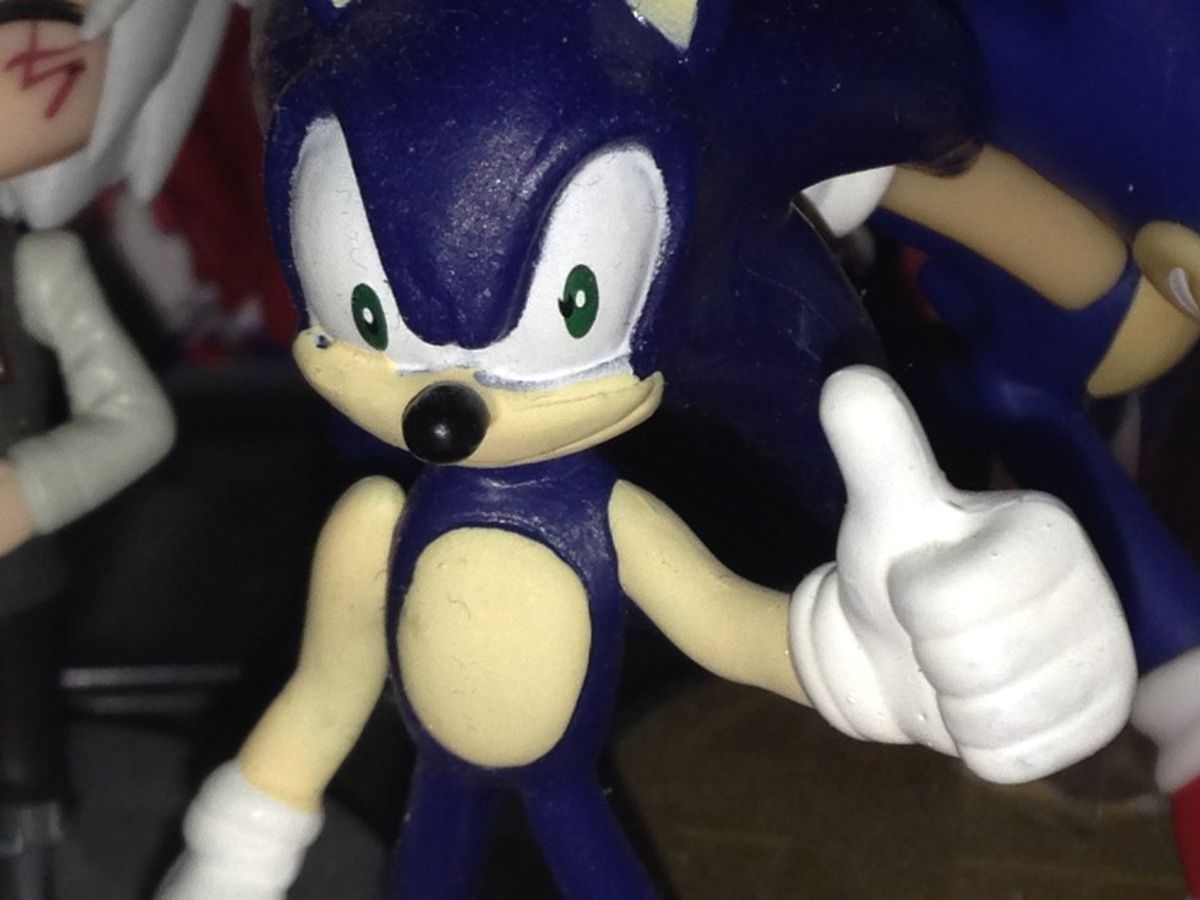 OK, I agree with you that the article title is click-baitiy, but give me a little bit to explain myself.

We can all agree that since the 80s it's been a rush to see who can build the next biggest, baddest source of entertainment. Who can change the world. And while video games may not always alter things on a global scale, they certainly have had an impact. From media consumption to violence statistics to even virtual reality, there are thousands of important topics to discuss.

But I'm not here to do that. Let's talk about Sonic and Mario.

Nintendo and SEGA have always been players in the "game" of selling games. Specific platforms, controversial ideas (anyone remember Night Trap?), system after system all made millions of dollars for both the companies, and each has their stars. Nintendo's lineup includes titles such as The Legend of Zelda, Kirby, and of course The Super Mario Brothers. SEGA has their leading reporter Ulala from Space Channel 5, Bayonetta, and Sonic The Hedgehog. Though many would argue SEGA has taken a hit recently in sales and in video game production, at least they aren't Konami am I right?

Kidding aside, they'd be right. You cannot talk about Sonic The Hedgehog series in it's entirety without mentioning its shortcomings. Sonic '06 happened. A lot of the Blue Streak's recent title have been lacking. There have been issues with control, plot line, and just general game look and aesthetic. Some things have been sacrificed for a quick release time or for a smaller budget. In contrast, Mario games have generally have pretty good controls and pleasing graphics. Nintendo has proven themselves consistent, really consistent.

While the Mario series game play quality is higher, they sacrifice their characters and, ironically, the game play as a result. Mario celebrated its 26th birthday this year, and what do we know about our main characters? Mario is Italian, he has a brother, he's a plumber with a large stash of vacation days, and he likes Princess Peach. Luigi is Mario's brother and also a plumber. Peach is a Princess and likes Mario. There isn't much depth to these characters. I mean, we don't even know if Mario is a last name or a first name. If Mario's name is Mario and his brother is Luigi, why are they called the Super Mario Brothers? And how does that make Luigi feel?

Sonic, in comparison, has a dense backstory. In fact, he has several depending on which canon you want to go by. Sonic is written as a drifter who's reason for action is protecting personal freedom and helping others. I know it sounds really corny when you connect this to a blue hedgehog, but his characterization backs it up. Sonic's character is so developed he has a favorite food, a specific backstory, and a real name: Ogilive Maurice, named after his two grandfathers. He can't swim. He was born on Christmas Island during the Great War. I could go on but I'm sure you too can visit http://www.sonicthehedgehog.com/en/

So yes, Sonic definitely has a more developed world than Mario, but Mario still has superior game play. Right?

What makes the next Mario game worth buying? Sure it looks cool, there are new levels to play, new puzzles to jump and dodge through, but what's really different about this Mario game? And that's where Nintendo falls short for me. They're a very formulaic company in how they produce games. Mario is always going to be saving Princess Peach. You're always going to be getting power ups and stomping enemies, climbing blocks, going through pipes, and getting that flag poll.

And not to say those are bad things! Everyone loves a good Mario game! (I mean it. They've sold like a billion copies.) But after a while, the same actions over and over again can leave an experienced player wanting more. Mario has tried in more recent years to branch out with their level design in titles such as Super Mario Galaxy and Super Mario 3D World. They've even gone as far as to release Mario Maker, a game that allows players to create and share their own levels.

Sonic however, I'd challenge you to find a platform the franchise hasn't tried. From 2D to 3D, from quest based games to multi dimensional platformers, to even some more RPG like titles, if there's one thing consistent about Sonic it's that it's always changing.

When it comes down to it, can you really say one series is better than the other? No. They're both independent entities with positives and problems. So why write this article, Lissa? Because I see Sonic The Hedgehog getting a disproportionate amount of hate in comparison to its competitors, to the point where some people are embarrassed to say they enjoy the games.

What was your favorite game growing up? Leave a comment below on where you stand with one or both series.