There's A Reason Women Are Often 'Cold' Or 'Rude' To Men

No, I'm not just being a bitch. 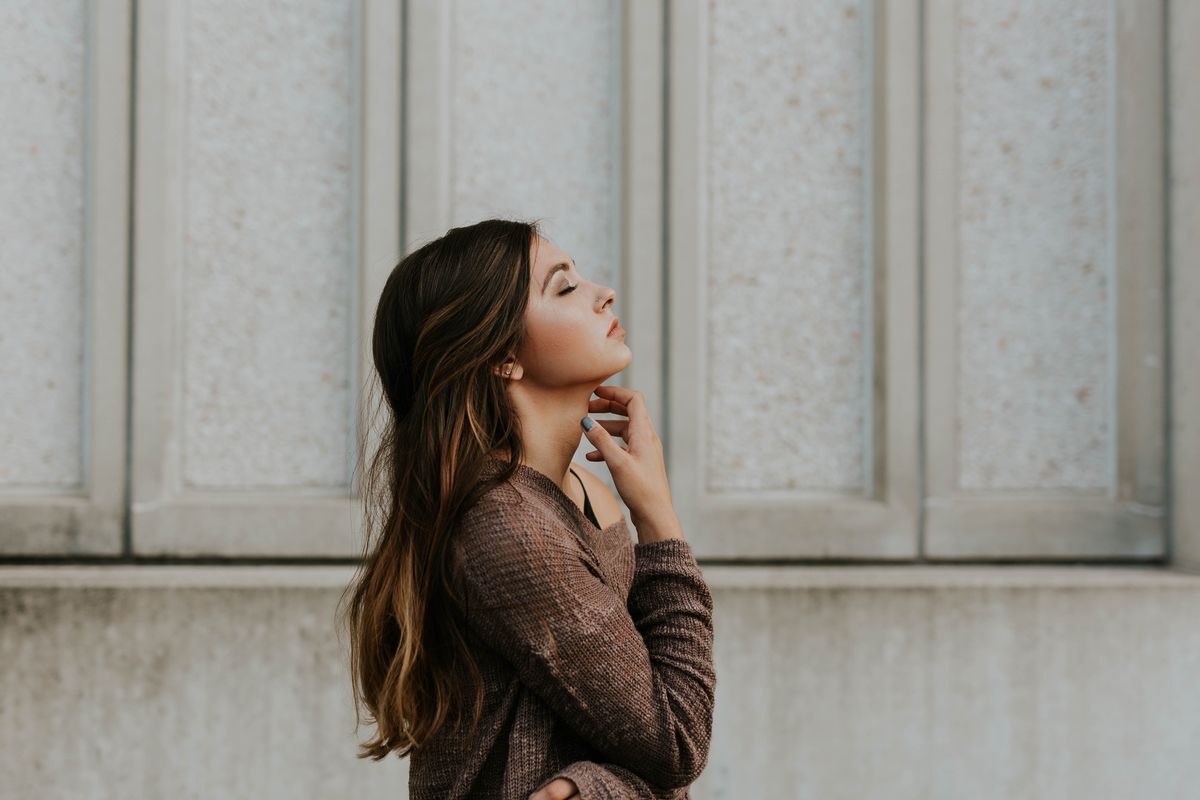 It was my senior year of high school and my best friend Emma* decided to introduce me to her other best friend, Daniel*. The two had been in an off-and-on situation for years, and I was curious to put a face to the guy I'd heard about throughout high school. The three of us ended up video calling that night using Google Hangouts. It was a bit awkward, and we ended up talking about pizza for a few minutes before hanging up. The next day, Daniel messaged me on Google Hangouts. Our conversation went like this:

I wasn't sure what to say after that, so I didn't reply.

I didn't think anything of it until two weeks later when my boyfriend and I broke up. That night, Daniel called me, and I picked up, thinking he was checking up on me because of the breakup. Instead, he started speaking right away, sounding desperate, "Isabella, I'm in love with you. I've been thinking about you every day. Will you date me?"

To say the least, I was shocked. We barely knew each other.

"I'm sorry, but I don't like you romantically, and even if I did, I just got out of a relationship, so I'm not ready to date yet," I said. Daniel hung up.

He said I had to go on a date with him because he'd
already planned it and not only was his family happy he had a date,
they were also enthusiastic to meet his new girlfriend.
I was horrified.

I figured that was the end of it until he texted me that night saying he would wait as long as I needed for us to date. I was shocked. I had just told this dude that I wasn't interested in him, and he was still going. On top of that, he was my best friend’s crush. I didn't respond, hoping he'd get the message.

He didn’t. He started messaging me over and over again, asking if we could go on a date. Finally, I messaged him, "No," hoping he'd stop.

Daniel responded, saying I had to go on a date with him because he’d already planned it and not only was his family happy he had a date, they were also enthusiastic to meet his new girlfriend. I was horrified and didn't know what to say. Emma had been trying to get him to go on a date with her for months, and he’d said he was too busy, yet he had set up a date for us in a matter of days.

I told Daniel that I didn’t want to date him and he should be focusing on Emma, not me. I hung up. He started calling me every day. His high school was close to mine, and I was scared he would try to see me. I messaged Daniel asking him to stop calling me, and he responded, saying he would never give up on us. A month passed, and he was still messaging me daily.

I decided not to tell Emma because she still liked him and I was afraid it would hurt her, but it turns out it was in vain. Emma and I were hanging out at school one day when she looked at me and said, “What’s going on between you guys? He won’t stop texting me asking about you. He keeps asking me what you’re doing and why you won’t respond.” I felt horrible. I didn’t know how to tell her that he was only interested in me romantically and that he was a creep without hurting her, but I knew I had to be honest.

“He’s been harassing me for months online, and he won’t stop. I don’t know what to do. I just want him to stop. I’m sorry I didn’t say anything earlier. I was afraid it would hurt you," I said. Emma told me she would ask Daniel to stop. A few weeks later, he finally did.

I had no way of knowing Daniel would end up stalking me. I was nice to him the way I would be nice to a stranger yet he took my social politeness completely wrong.

I'm not the first person or the last who will be harassed out of nowhere. Because guys so often use our social politeness to initiate harassment, many women have adapted by being rude, cold, or stand-offish to guys they don't know.

Yes, we're seen as bitches, but would you rather be called a bitch by some random guy and be safe at night or be socially polite and get stalked? In an ideal world, women could be kind to strangers without fear, but our society is not there yet. I have been in this situation countless times, and you never see it coming because there is no possible way to. This is why some women are called "rude" or "cold" or "standoffish," because we've had to adapt this way to survive. It's not what we want. We don't have that privilege. It's what we need to stay safe.

*names were altered for confidentiality