Why Skam's Portrayal Of Mental Illness Is So Important

Why Skam's Portrayal Of Mental Illness Is So Important 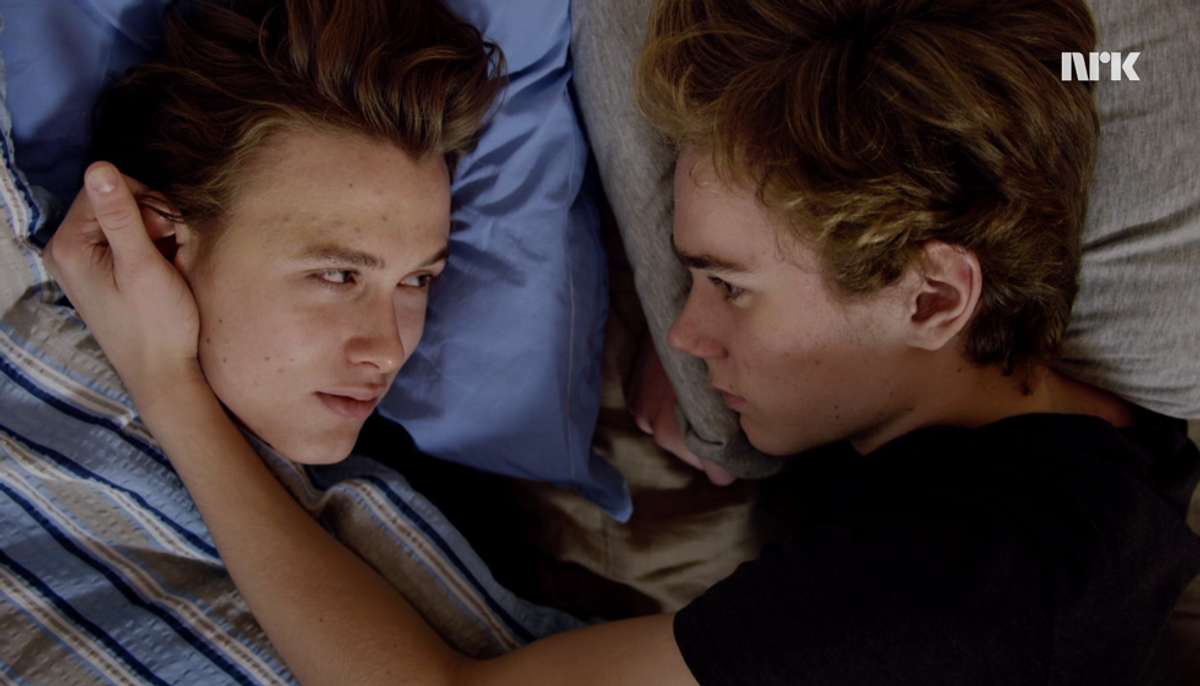 Mental illness isn't something uncommonly seen in TV shows. In fact, it's all over now, movies and films showing characters suffering from depression, from PTSD, from OCD. But so often are these character's mental illnesses used as a plot point, as a way to create dramatic effect. Trust me, I know - I wrote a whole book based around a depressed and mentally imbalanced character. It can be an interesting concept to explore, certainly; psychosis is something that can be fascinating to watch. But watching every person suffering from depression end up dead or alone can be disheartening. It's as if the world is saying, you will never be happy. You will never get that happy ending.

And that's just not true.

When you're in the throes of depression, it can certainly feel true. It can feel like there will never be an easy day again. It can feel like you can't ever be truly close to anyone, like the things you want and the things you deserve are always going to be opposing. This stereotype of the sad and the lonely is one all too commonly perpetuated in films, books, and tv shows. It's a cop-out, the easy way out. It's what feels right in the moment, what seems to almost be the logical ending. But it's not.

Having a mental illness doesn't mean you're always going to be lonely. It doesn't mean you always have to be defined by it, or that you're never going to get a happy ending. And this is why Skam is so important.

In terms of shows breaking down stereotypes and subtly educating its viewers, I've never seen something that does this as well as Skam, the Norwegian tv show aimed at accurately depicting teen lives. Season three, Skam's current season, revolves around teen boys Isak and Even as they fall in love and Isak slowly comes to terms with being gay. It's a sweet, angsty, realistic story- made especially so by the fact that Even suffers from bipolar disorder.

This isn't a known fact for most of the season; it's only really hinted at until, while on a date, Even has a manic episode and runs out on Isak in the middle of the night, ending up in police custody. Isak stands on the street, crying, while Even's ex-girlfriend tells him that Even never really loved him anyway, that Isak was only a side-effect of the mania. And this is the moment that you think that stereotype is going to be reinforced.

We watch as, throughout the week, Even isolates himself as he did once before because Isak, whose parents split up after it became apparent that his mother suffered from a mental illness, stated that his "life was better without mentally ill people around him". Now, you think, it's going to end the same way it always does. Even is going to end up alone, incapable of a normal relationship, defined by his mental illness. The same as always.

Not true. Throughout the course of the week (Skam posts clips in real time, so you get new content almost every day), Isak realizes that Even is not his mental disorder. He realizes that despite the difficulties of Even having bipolar disorder, he's still the same person- he's still a person worth fighting for, capable of love and happiness. In this week's memorable final scene, after he realizes Even- who is now suffering from the depressive state of bipolar- might be in danger of harming himself, runs through Oslo in the middle of the night to metaphorically "save" him. As the two reunite Isak mutters the words that will come to define this season of Skam: "You are not alone."

You are not alone. To anyone who has ever felt they are defined by their illness, by their thoughts and their feelings and the world which seems like it will never fully validate them, you understand what these words mean. If you've ever isolated yourself because you thought it would protect others, if you've ever believed you weren't fighting for, if you've ever felt that you weren't important to anyone, you know what these words mean. You are not alone.

You are worth fighting for, no matter what you suffer from. You deserve love and happiness the same as any other person. And watching Henrik Holm- the actor who plays Even- portray this state of depression, of isolation, of emptiness, of relief and fear and that strange sort of conflicted happiness, felt, for the first time that I can remember, like the world was reaching out and saying, you can be happy. You deserve a happy ending no less than anyone else. You deserve to be fought for and cared for. You are not going to end up alone. And you are not what you suffer from.

In a world where the depressive character tends to end up as a dramatic plot point, another sad story that will push the narrative along at their expense, this is so important. This type of representation is something that Skam does so well - proving that you cannot back away from or ignore these issues, but that, despite them, you can still come out okay. You can still have your happy ending- not the perfect fairytale one we've seen in so many movies, but one that's realistic, that's honest. You can't erase the depression, but you can live a meaningful life despite it.