Why Seniors Think Freshman Are Cool

Please stop thinking we have it all together. 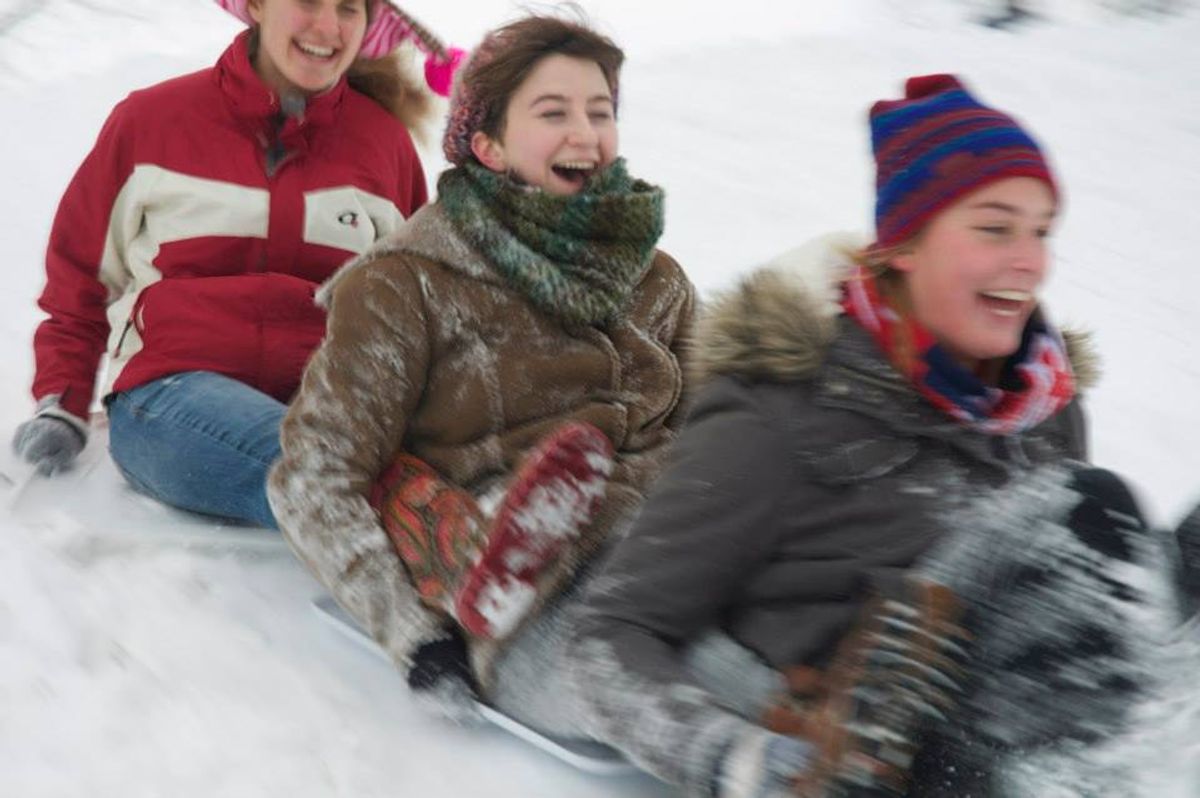 As an incoming freshman in college the confidence you had as a senior in high school kind of vanishes with changes you face. It’s like you’re at the bottom of the totem pole again. Everyone knows what they’re doing except you, and being on your own is scary, and everyone is cooler than you... At this point in the semester, with spring break just gone, most freshman are basically sophomores. But you can look back at the year and see how your experience and transition shaped you.

As a freshman, I looked up to sophomores, juniors and especially seniors a lot. It felt really good when they would talk to me, or want to hang out with me. Yeah, I know. Lame. But I felt pretty lame as a freshman. And I probably was... But it’s funny to look back at how much I looked up to older students. Even as a sophomore I still thought juniors and seniors were pretty cool, just because they were older.

Heads up. Seniors really aren’t cooler or more popular than everyone else. I hang out with way less people than I did my freshman year. I go on less spontaneous adventures. I go to bed a lot earlier whenever I can. But I know who my friends are and who my acquaintances are. I know who I trust, and who I get along with, and it’s ok that it’s not everyone.

As a senior I have good friends who are freshman, sophomores, juniors and seniors. Most of the time I forget what class they are. When a freshman talks about a gen ed they’re in, I think “Oh yeah... You’re in that part of college. I forgot that...” Because I look at people and don’t see an age, or a major, or a hometown. All of those questions you get asked freshman year aren’t supposed to define you. Being a freshman is hard because that seems like all you are right then, or at least all that people can understand at first.

Being a freshman isn’t uncool. Seniors have friend crushes on freshman too. Don’t tell yourself you’re not cool, just because college seems like a totally different stage than high school. The sooner you get back to the high school senior confidence and comfort with yourself, the better.

Hey freshman. You guys are cool. You’re spontaneous, don’t know what’s bad for you yet, and are excited and scared about a lot of things that everyone should be excited and scared about. Embrace freshman year. Carry it over to sophomore, junior and senior year. You’ll change, but you don’t have to lose the good parts. I still want everyone to be my friend. Kind of. I still wonder what the heck I’m doing sometimes but then laugh it off. I still longboard and bike at midnight. I still make up plans for Friday night as we get in the car to leave.

So I guess I’m trying to say don’t grow up... Don’t grow out of freshman year. Because we’re all already growing up too fast.

“I want always to be a little boy and to have fun.” -Peter Pan