Why I Refuse To Join The Career I Admire The Most

This is the land of free because of the brave. 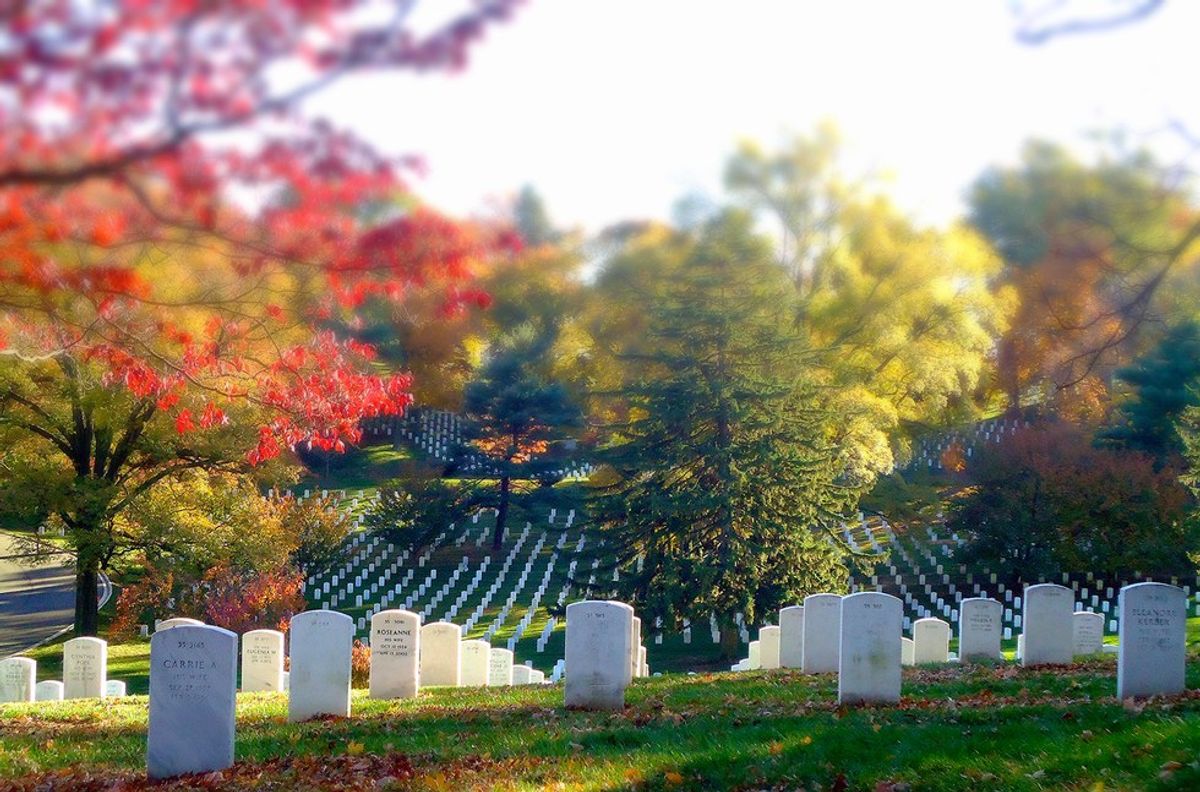 My first “experience,” we could call it, with the military was a show that I started watching on Netflix my senior year of high school called Surviving the Cut. This two-season documentary from the Discovery Channel takes the viewer up close and person with the men (and one woman) who are candidates for the various special operations units across the country. These soldiers, marines, and airmen were pushed to their breaking points in challenges of physical strength and mental toughness. My admiration only grew with replays of watching them overcome their phobias and face extreme stress and sometimes disgusting conditions that simulated the difficulty of extreme and special warfare. When Netflix pulled Surviving the Cut from its lineup, I bought it for myself on DVD.

My new interest led me to read more about to military and possibly joining an R.O.T.C. (Reserve Officers’ Training Corps) program with the Navy, given that my dad, both grandfathers, and paternal great-grandfather were all Navy officers. Now that I think about it, I guess my family ties could be considered my first real exposure to the military. (Fun fact about me: I used to know all of the theme songs for the branches of the military! My dad had a tape of patriotic music, and made sure that I knew all the words so that I could sing along). Anyway, I considered many (naval) options including ROTC, going into medical school for the Navy, the United States Naval Academy, and working as a psychologist among other options. My dad, having been in Navy ROTC when he attended college, pushed that option on me the hardest. My mom on the other hand was thinking that I could be a Hospital Corpsman and work on the hospital ships after I attend a regular civilian college.

I struggled with my decision for months, first ruling out the Naval Academy since it was too late to apply, and I really just didn’t want to go. I then came to the realization that I didn’t want to join the Navy at all… Sorry dad. I just knew that it would not be the right choice for me to join. I wouldn’t be happy in a uniform, being told what to do everyday, and living in such tight quarters with hundreds of other people floating in the middle of the ocean. I knew that I would be challenged in ways that I did not wish to be challenged, and I would probably become a miserable wreck. The pressure to become an officer was particularly daunting as I knew that I did not have the special skills nor the strong ambition that it took to get through ROTC or (Officer Candidate School). Once I came to the conclusion that I didn’t want to join the career that I had admired so much, I was in a pickle. I had told so many friends and family members that the Navy was what I wanted. The reality of my new situation was that it was merely what I thought I wanted.

Summer soon came and I had decided to major in Psychology, a subject that I found great interest in and could see myself doing. Then it dawned on me: I don’t necessarily have to be in the military to be involved with service members. Becoming a veterans’ counselor would allow me to work with the men and women who I respect and appreciate the most in this country while being able to help others and make use of my degree. With veterans, I would be helping those who need the help the most, to give back to those who gave almost everything for their country. What I envision is helping the vets re-adjust to life on the home front, becoming an open ear to tell all their excitements, anxieties, fears, and other emotions to. I want to be their friend and guide them through a difficult transition in life and try to alleviate as much of that stress as possible. Although I do not know the horrors that some of them have lived through, I want to help in the best way that I know how. I realize that I would need a certain level mental toughness and grit myself in order to remain professional, as I knew that my sympathetic personality could easily overtake my emotions. Despite the difficulty that this job presents, I know that it is something that I want to do right now. Of course, I am still young and still have a lot of life ahead of me to decide what I want to do with it. Right now, I know that working with veterans is what I want to do, and that is why I refuse to join the career I admire the most.