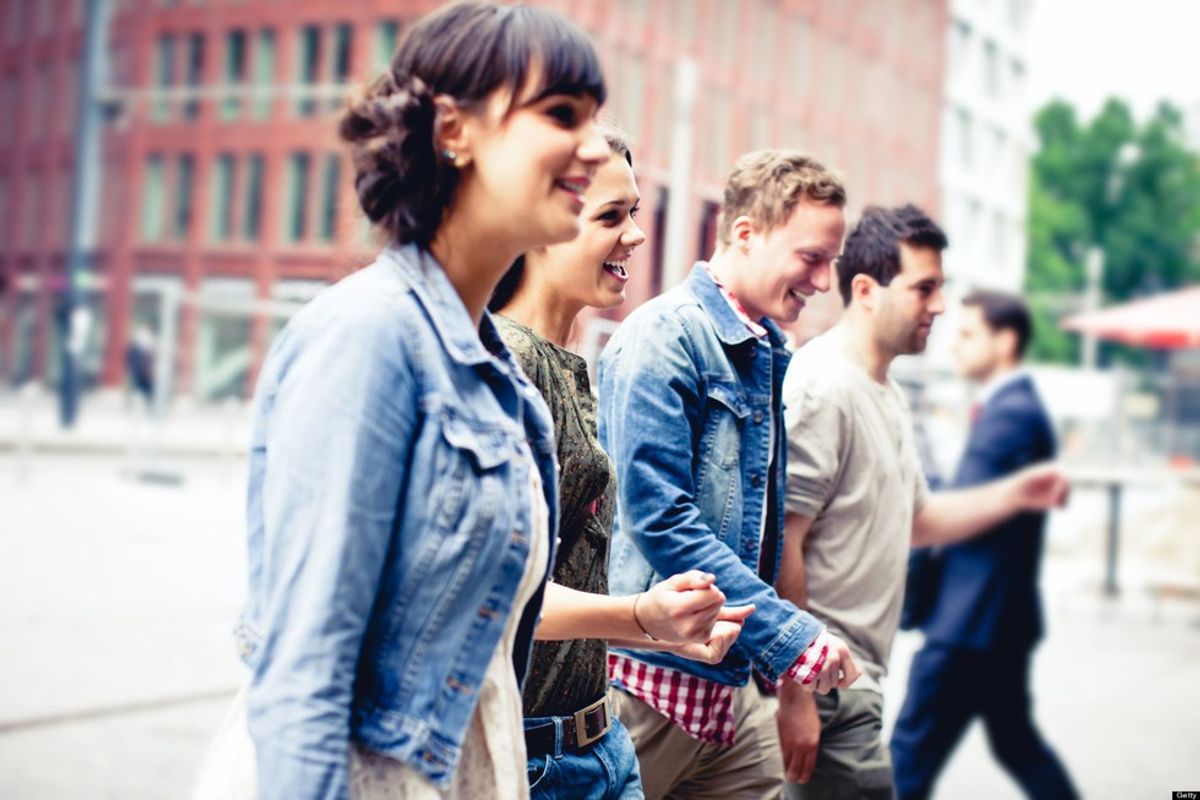 Generational differences are nothing new. It’s an age old story. Every older generation blames the newer ones for what they believe to be an “unraveling” of the moral fabric of society, while the newer generations blame the ones before it for the problems they face in world.

For example, Traditionalists, who were raised either during or right after the Great Depression, respected authority and patriotism over all other things. Because of these beliefs, they looked down on the Baby Boomer generation, a generation of anti-war/equal rights activists and future entrepreneurs, for what appeared to be the degradation of the “traditional” values that Traditionalists had been raised on. Baby boomers looked down on Generation X, a generation of latch-key kids who would be the first generation to not do as well as their parents before them, for their fierce individuality and cynical view of the world. Gen Xers look down on Millennials, a generation raised in a digital, “child centered” world, due to their high amount of optimism and a demand for equality.

See? Age old story. It all comes down to tribalism and in-group/out-group dynamics that have been passed down for generations. We, as humans with a herd mentality, are programmed to believe any group that we are a part of will always be better than any group we aren’t apart of.

With all of this in mind, however, I have recently had a few experiences with those who belong to older generations that have troubled me. Often times when a conversation turns political, religious, or covers any number of topics that one’s parents have told them to never discuss in public, those who belong to the older generations will dismiss the concerns of the Millennial, often stating they are too young to understand such complex issues. The older generation says “When you’re my age you’ll be more mature and be able to have these discussions” or “Young people have too much passion. That will pass one day. You shouldn’t concern yourself with such things.”

If this was the brush off of a parent to their four year old child who has yet to understand the nuances that make up complex issues, perhaps these words would not bother me so much. These brush offs, however, have been directed at adults. As a 24 year old woman, I have been told many times that I am too young to understand the issues of the world, quite often followed up with the statement that I have too much passion for such issues, after all they aren’t that important. My sister, a 27 year old with degrees in both Chemistry and Biology and currently applying to medical school, has been told she is too young and inexperienced to have complex conversations as well.

If someone who is almost 30 is not old enough to understand or discuss complex issues, when exactly is one old enough to finally talk about problems that affect them? When is one experienced enough to be taken seriously while having these discussions? And when did young people’s passion, the passion that many Millennials have for the world, become a bad thing?

Due to these recent experiences, I would like to have an open and honest conversation with the generations that have come before my own.

While it is a logical argument that with age comes experience, and with experience comes wisdom, to ignore the input of one who is younger simply because of their age is to overlook the possibility that a younger person may have had experiences that one of a different generation has never had to deal with, and therefore has a certain amount of wisdom that could add to the conversation or change one’s perspective. While it is true that perspectives change with time as well, to ignore the perspective of someone simply because they are young, and their perspective will not always be as it is in that moment, is to write off issues that truly exist in that moment for that person or generation. In fact, it writes off the perspectives of all people. If a 90 year old feels that a 40 year old knows nothing because they have yet to have enough experiences to change their perspective, and the 40 year old feels the 20 year old knows nothing because their perspective has yet to be tested as much as theirs have, then we would all have to wait until our lives were close to over to have our perspectives taken seriously, and we would never change or grow because our perspectives were never tested.

If one wants to write off another person because their opinions are not based in fact, or if they refuse to have an open conversation, then dismissing the opinion of another becomes understandable. But to write off an entire generation simply because they are younger than you are is to ignore a different perspective that could contribute to the conversation. Just as younger people can gain wisdom from those who came before them, older generations can gain so much from the ever changing progressive perspectives of those who are younger than they are.

And when did it become a bad thing for young people to be passionate and involved with the issues that affect their world most? It has become a bad word, an insult much like the word "Millennial", when used by older generations. It wasn’t long ago that the older generations felt a passion for different ideas and perspectives, and felt that they too could change the world. Their passion moved the world forward and allowed new generations to live in the shade of the trees they planted long ago. We should all encourage a little passion. Rabbi Shmuly Yanklowitz once stated that “The greatest threat that we experience today is an apathy where our fire is burnt out or, even more tragically, it was never lit at all.” Perhaps older generations have become apathetic, realizing with their experience in the world that it’s hard to change things and that the world keeps turning no matter what. But just because some have felt their passions burn out does not mean it should not be encouraged in the Millennial generation. Of course, older generations should attempt to quell destructive passions that consume one completely, for those are never productive, but they should not discourage strong passions overall. As the Rabbi said, it should be a passion that burns much like the burning bush of the Exodus story: a flame that gives light in the darkness. And perhaps if the older generations come close enough to the passions of the younger generations, their own flames and passions shall reignite from the flames that burn in the young people.

We need each other, the older and younger generations. We can both learn so much from each other. So please older generations, don’t write us off because we’re young or simply because we're Millennials. Please listen to our perspectives of the world and fan the flames of passionate involvement, just as you wished the generations before yours respected your perspectives and passions. And to the younger generations, don’t ignore the wisdom of the older generations simply because you’re moving so quickly. They offer perspectives many of us have yet to experience. If we have open conversations, regardless of our ages, perhaps we can contribute to our experiences between the generations.
Report this Content
This article has not been reviewed by Odyssey HQ and solely reflects the ideas and opinions of the creator.