Why Making Friends In College Is Difficult

Why Making Friends In College Is Difficult 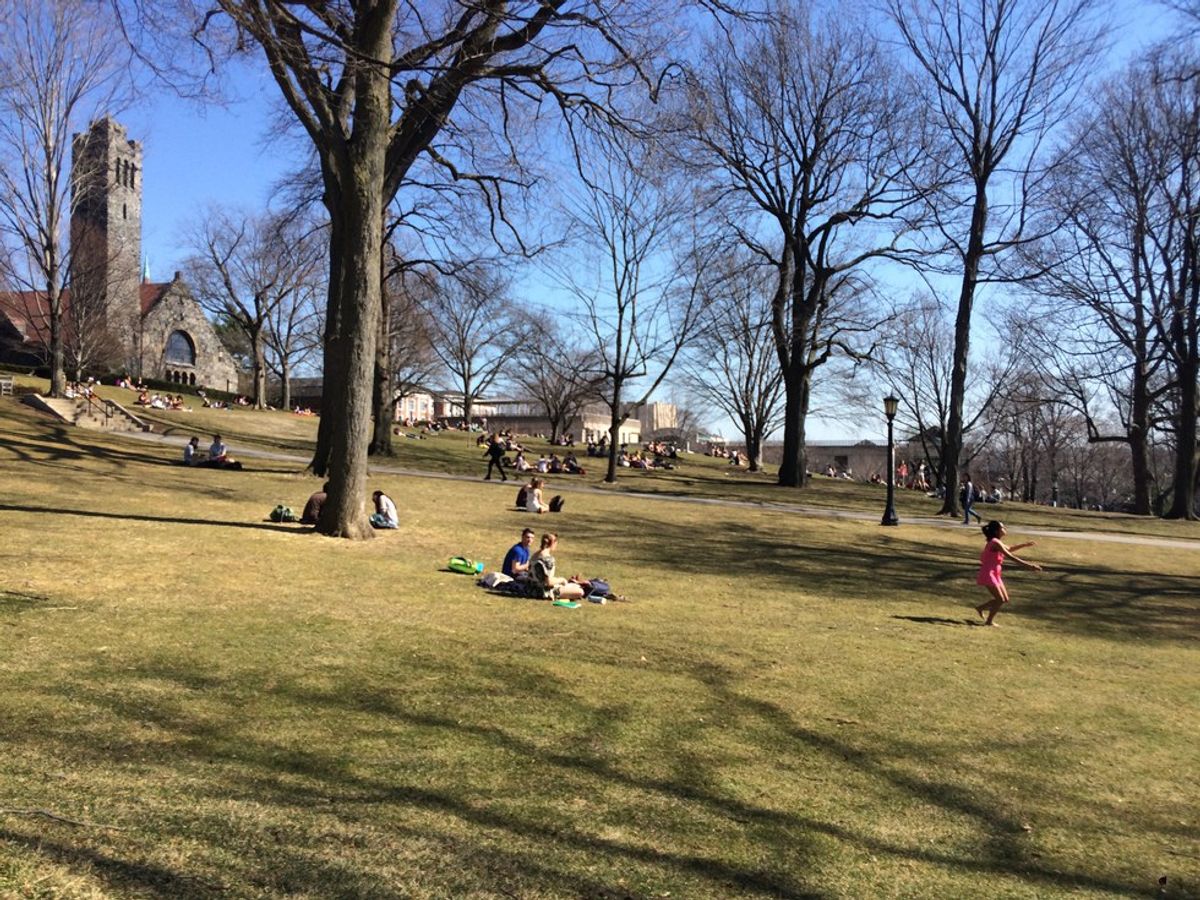 People have told me pretty much everything about making friends in college. Some say you’ll meet the best friends you’ll ever have, and others say that making friends is a serious challenge. As I started my freshman year, I quickly realized that it wasn’t as easy of a task as I'dhoped. But the even more challenging part was realizing why.

I’ve never been an unsocial person. Introvert, yes, but I’ve always had close friends by my side. I came to Tufts (from California) without anyone else I knew, which was partially intimidating, partially exciting. As the year began, I made a friends at a pre-orientation program, a few of whom I still talk to regularly. (Who’s to say your first friends won’t stick?) But as my first semester went on, my number of acquaintances plateaued. Around Christmas-time, I was disappointed to have not found my group, or at least someone to go get ice cream with besides my roommate. I even got tired of Netflix (gasp!), my substitute companion for most of the year. Loneliness was a new feeling to me, and it wasn’t a good one.

In March, I finally decided to talk to a counselor (nothing to be ashamed of) about my predicament, which I knew to be a common one. As I talked, he helped me to understand what specifically was different about college and why a regular 19-year-old girl wasn’t an outcast or weirdo for only having a handful of friends.

In elementary through high school, most of us have only ever made friends passively. This just means that after years of AYSO and living in your neighborhood and going to the same school with the same people year after year, we automatically became friends with the people around us.

But when we go to college, nothing is automatic. You take classes with different people every semester, and have strangers living down the hall. Some people join a club or sport right away which definitely helps, but many of us are not that lucky. I tried a varsity sport, a band, and Greek life, but none of them were what I wanted (which is also okay! Trying new things helps us grow as individuals). In college, my counselor explained to me, you have to actively seek out friendships. While this seems fairly obvious, it’s not always instinctive. Classes can feel too big to be personal, and most people come in, sit down, focus, then leave. Not much time for chatting.

Once I recognized my situation, I made it a mission to actively reach out to others, and I became happier. I didn’t finish off my freshman year with too many more friends, but I did gain a few. Most importantly, I learned what I had to do, in reaching out to others and not waiting for them to reach out to you, to make friends. Just walking with some classmates after Creative Writing or actually going out on a Saturday night would be enough to make my day.

So now, I’m optimistic. Knowing what’s really wrong makes a problem exponentially easier to defeat. Although I’m not Miss Popularity (nor do I want to be), I understand what my challenges have been and how I can learn to overcome them. To be honest, learning this can really suck. Feeling alone is not fun. But I’m glad that I’ve gone through this, because when I leave college in a few years, I will have learned a critical skill for the REAL WORLD (yay). So if you’re feeing alone in your first year of college, know that you’re not. Try reminding yourself that passive friendships are in your past, and to actively seek new ones now. Make yourself aware, and do something about it, because only you have the power to make yourself happy.

Madison Franz
The Narrative
1117945
Photo by Brooke Cagle on Unsplash

Madison Franz
The Narrative
654564
Photo by Manny Moreno on Unsplash