Why Jessica Rabbit is Underrated 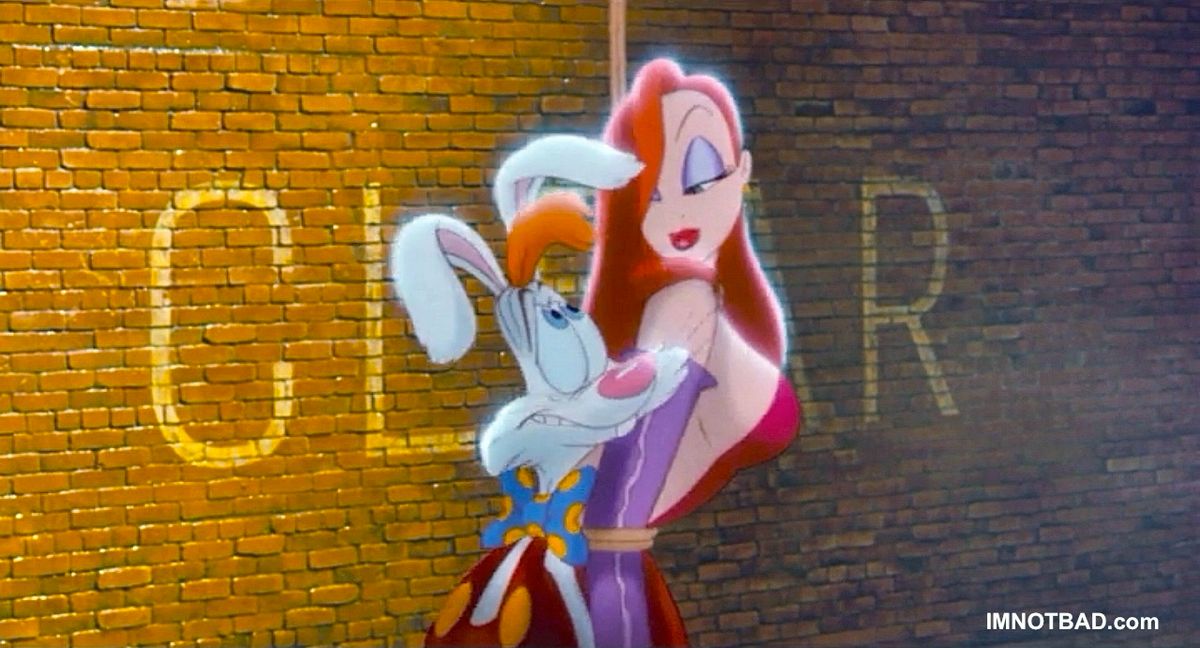 Most people at one point or another have watched the zany movie Who Framed Roger Rabbit. A detective comedy focused on a cartoon rabbit and an alcoholic detective in the 1940s makes for some interesting encounters with evil toons, famous characters, and the now famous Jessica Rabbit. While many believe that Jessica is only in the story for T&A, there is actually so much more to this now iconic cartoon woman. Here are a few reasons why Jessica Rabbit is a highly underrated character.

She Is the Best Wife Ever

Perhaps one of the most charming and admirable things about Jessica is her devotion to her husband Roger. She thinks the world of him and knows just what to say. She calls him "better than Goofy" who happens to be his idol. She also offers to bake him a carrot cake. She also puts herself into a less than satisfactory situation with Mr. Acme so that her husband can keep his job. In the final scene, Roger is the bravest hero in her eyes, the only one she cares about. Jessica defends her bunny to the end. When Eddie cracks a joke saying Roger must be a better lover than a driver she pokes him in the chest and retorts "You better believe it buster."

But She's Also Her Own Person

Just because Jessica is a good wife, does not make her simply Mrs. Rabbit. She has a thriving singing career at a local night club. The headliner and even the envy of the iconic Betty Boop, Jessica seems to enjoy her job and is pretty damn good at it. While some may argue that being a seductive singer is not a good job, Jessica shows that harnessing and expressing your sexuality is freeing and makes for good money. We can also conclude that she works because she doesn't want to sit around at home, or she is willing to help out her husband with the expenses. Either way, we think you're pretty great Jessica.

She Realizes You Shouldn't Judge On Looks

Jessica Rabbit doesn't judge a book by it's cover and neither should you. When asked what she sees in Roger she quips "He makes me laugh," showing she values things far deeper than the superficial. She is also aware that she is more than her appearance, an wishes others would see past it. She says it all with "I'm not bad, I'm just drawn that way."

If you watch the movie, you'll realize that Jessica is a smart woman who always seems to be one step ahead of Eddie. She knows who is blackmailing who, and even figures out some of the evil plot before the seasoned detective. Not to mention she was able to hide Roger in her car without Eddie finding out.

Who carries a bear trap in their cleavage just in case some pervert touches her with out asking? Jessica Rabbit does. She refuses to be anyone's victim and makes sure she can handle herself. We also see that she's not afraid to use a gun and shoot the bad guy.

And Of Course, She's Just So Gorgeous!

You have to appreciate the artistry in Jessica Rabbit. While she is designed to be oggled, her proportions are so past realistic that she offers no real threat to what women's body standards. Not to mention growing up, she even made me feel better about myself. Jessica has a very wide and thick back, and a rather large rib cage under her assets. As a fellow large chested female, she actually made me feel less insecure about the way my similar features appeared.

All in all, Jessica Rabbit is an iconic and secretly amazing character. This classic movie certainly wouldn't be the same without her.

QueenRadhi
The State University of New York at Stony Brook
3074