Why It’s Pointless To Make A Musical Bucket List

And what we should all do instead. 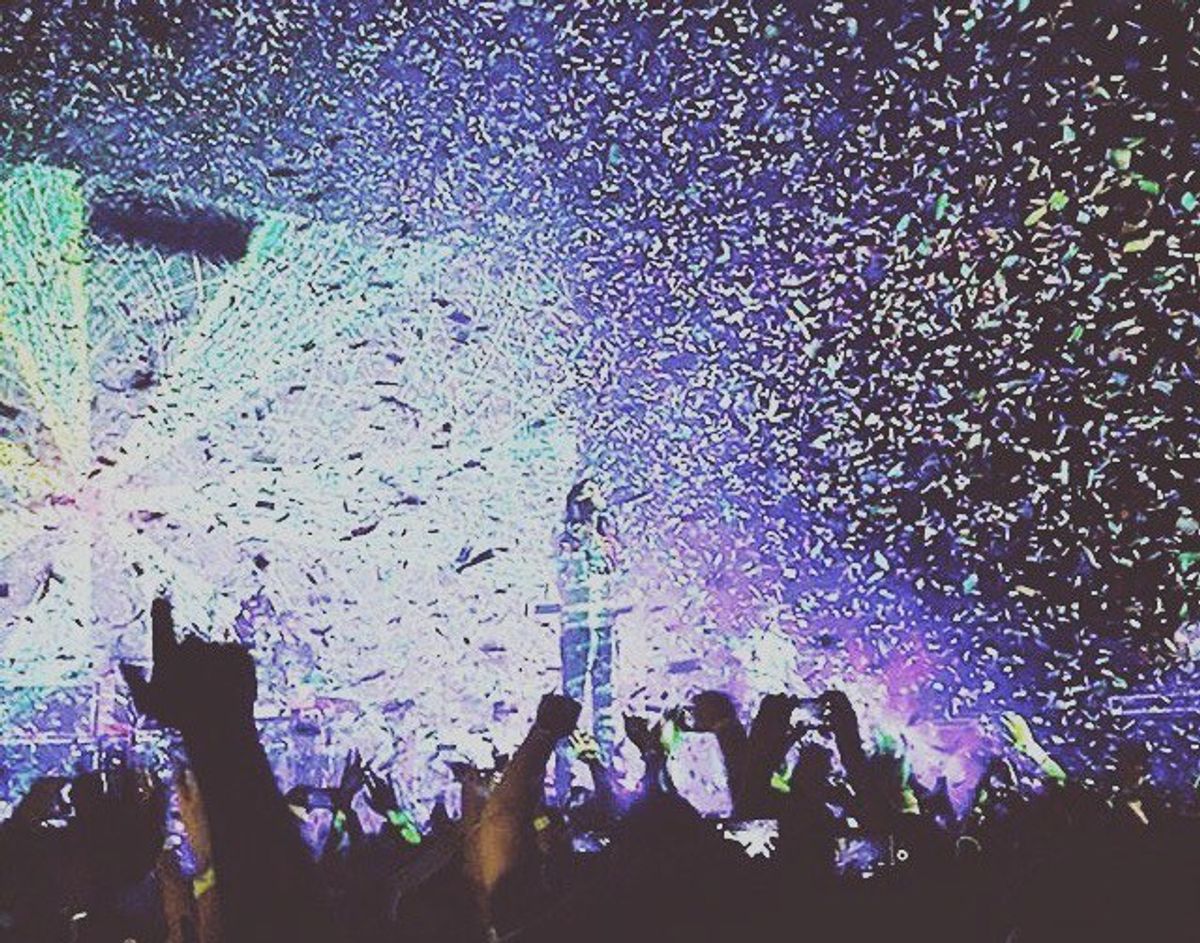 Here’s a little recap of my first Bonnaroo experience and what it taught me about myself and music:

When I first saw who was going to be playing at this major music festival, I knew I had to go. The lineup was full of artists who were at the top of my musical bucket list. I spent hours, no, days, pouring over the lineup, planning out my schedule so that I could fully maximize my time on the farm and conquer a vast majority of the bands I wanted to see in my lifetime.

I even made an excel spreadsheet.. don’t judge me, it’s just who I am.

What surprised me is how many bands I saw that I didn’t put on that spreadsheet. The Bonnaroo environment caused me to forget about my meticulously thought out schedule and go with the flow, for lack of a better phrase.

The first couple hours I was there I just ambled around the tiny arenas seeing the bands that weren’t big enough to make it to onto the actual stages, and I have to say, I found some certain up and comers. I’ll save them as a surprise for my music monthly playlist.

I’d say the most impactful set I saw was Tame Impala, a band I hadn’t put on my schedule because they were going to be on the same time as The Chainsmokers. Funny story, I actually thought I was at The Chainsmokers’ stage up until Tame Impala started playing.

**I probably sound a little dense here, but I should note that the farm that Bonnaroo takes place on is huge. I always use the sun as a point of reference. During the day I could figure out my way from Which Stage and What Stage to This Tent, That Tent, and The Other Tent. That’s actually the names of the stages… confusing, right? However, when the sun went down, I was in 100% wanderer mode because trying to navigate was overwhelming, especially being on my own**

So, I’m in line to get into the pit with a bunch of really mellowed out folks, thinking to myself, “hmm.. this isn’t the crowd I pictured for an EDM show.” When Tame Impala came on stage it all made a little more sense. I didn’t leave to go find The Chainsmokers stage because Tame Impala was literally entrancing. I can’t find any better word to use for the experience than psychedelic. I don’t know if it was because the entire farm was essentially hot boxed, or if it was the bass guitar, or the brilliant light show and confetti, but their set left me feeling surreally euphoric.

Misterwives is another band I didn’t intend to see but am happy I did. St. Lucia ended a little early so I drifted over to their stage with a couple new friends.

I was skeptical, since the only songs I knew from them were pretty commercial, (really, I had only heard of their music from a commercial). I was so surprised at how energetic and improvisational they were. The lead singer, Mandy Lee, has some impressive pipes (I don’t know where she keeps them either because she is so small).

A band that I was fully intending on not missing that exceeded my high expectations was Chvrches. I’m always a law abiding citizen but in the case of seeing Chvrches up close, I snuck around a security guard to hop over a fence and get into the pit (if you know me well you’ll be shocked by this). I’m not trying to brag about how BA I am, (jokes) I just want to illustrate how amazing and magnetic the show was!

I was also really excited to see Halsey; her lyrics really resonate with me. You could call it a girl crush I suppose, but I feel like she took the lyrics for Hurricane, Gasoline, and Colors right out of my head. Her show was vibrant and electric, but also sweet and poignant. I have to admit, her cover of Fleetwood Mac‘s "Dreams" made me tear up a little bit.

All in all, what I learned from my first Bonnaroo experience is that a musical bucket list is a completely redundant thing for me to make, because every time I see a band, I just bump them up the list instead of crossing them off. Like a catch 22, the more live music I see, the more live music I need to see.

It’s also a transferable life lesson too, isn’t it? We could map out exactly what we want to accomplish with our degrees and career and come up with a perfect answer for the “Where do you see yourself in five years?” question. Or, we can embrace the uncertainty of life’s infinite abyss and enjoy the journey for each unplanned turn it takes.

For now, I’m trading out my musical bucket list with a resolution to go to as many shows/ festivals as I can before I’m too old to be socially accepted at them (which is hopefully never). Who’s with me??