Why I'm Upset With DCEU
Odyssey

Why I'm Upset With DCEU

The new DCEU movies are sub-par and leaving fans upset 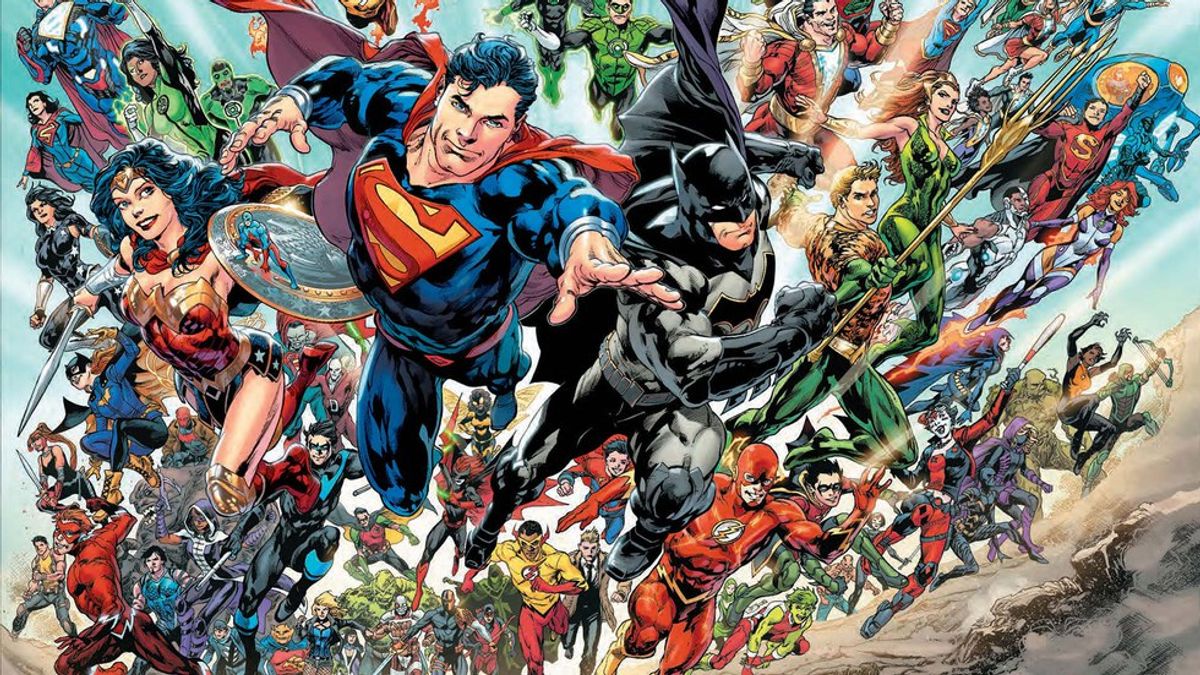 The DC Universe is my favorite, Superman is my absolute favorite superhero ever (Batman fans, I am sorry, he is awesome too, calm down). So I have pretty high standards for my DC movies, and being someone who reads the comics, I become even more critical. DCEU has been hammering out movies like crazy, but maybe they should slow their roll and try to get the stories right first. They have been upsetting fans whether they read the comics or not. You cannot just present us with costumes, origin stories, and team movies that are of your own creation because you thought your version would be cooler.

Like I said, Superman is my favorite. I am super picky when it comes to his movies. You cannot just make him be a wandering hermit who saves coworkers from a collapsing oil rig – mainly because he never worked on one! Please do not ignore the original origin story. You should also acknowledge the fact that superman has, on multiple occasions, risked his identity being revealed to save his father’s life (I know that was not in the movie, but it still disappointments me).

I have not and will not watch this movie for multiple reasons. The first being the fact that Batman’s costume looks ridiculous, in no time ever has his costume ever looked like it was made out of a tank. In all fairness, when Batman learned of Superman he made a special suit that would make him invisible to Superman. Another wonderful fact to reflect upon is the only time Superman or Batman ever placed themselves in the other’s business was during Justice League – a team which helped them form a strong bond, making them best friends – therefore, the fact that they are stepping on each other’s toes in the movie is an absurd gesture. In the trailer, they made it seem that Superman would be seen as a god, and think of himself as a god. In one scene they raise a golden statue of him. This could literally never happen; Superman often says that he is afraid that people will become too dependent on him, think too highly of him, and that is why he isolates himself in his frozen fortress. The cool part of the movie (from what I have seen), is the appearance of Wonder Woman – which leads me to my next rant.

So far, just judging from the one trailer they have put out, they have not completely botched her origin story . . . yet. What I did find strange was the use of her shield. In the original comics, Wonder Woman does have a shield, but why would DCEU use her original costume if everyone else is dressed in the latest comic book fashion (save for Batman who is wearing a tank)? Superman’s costume is actually one of the newer ones from the comics – apparently wearing your underwear on the outside went out of style. Perhaps they are using one of her earliest costumes because this is one of her first movies and they wanted her original look for her origin story. But then why would they not do that with everyone else? I do not understand why DCEU cannot just live to please us.

This is one I am actually excited to see! Although, from what I have heard I have been getting less and less excited to watch it, and am already sighing in anguish. DCEU cannot use the excuse of having the main focus on Deadshot (who was practically the Aquaman of Suicide Squad in the comic books) because it would be hard to focus on so many people at once, because Avengers manages to do it in every movie they make! May I also just point out that the Joker and Harley are the two main stars of Suicide Squad? They are basically the Superman and Wonder Woman of Suicide Squad. So you can understand how I can be super upset that they are practically side characters in the movie. Jared stated that he literally shot enough scenes to make the Joker his own movie. The producers, however, did not like the scenes because they were “too dark.” I hate to burst anyone’s bubble, but the Joker is not exactly a happy clown. I have also been reading reviews saying that the other characters got about one cool scene each but were otherwise background characters. You seriously cannot have Katana in a movie and make her an extra, she is a super awesome martial artist who has a soul taker sword. She can literally communicate with the souls of people she has trapped inside her sword (including her husband). Why was that not a thing in Suicide Squad?! The Enchantress is a super powerful sorceress. She has the ability to manipulate magical energy for any number of effects, from healing to teleportation, and can directly affect any non-living object with her magic. Did I mention she can also walk through walls?! She definitely is not a side character. El Diablo is hardly even in the movie and then killed off. His biggest scene in the movie is his telling of his tragic backstory – which no one else had. I appreciate the huge foreshadowing, DCEU, really. Honestly, there is so much more I could rant about, but I feel like I have made my point already.

Honestly, I have seen 10 seconds worth of a trailer and I already have concerns. Batman is the one who brought the Justice League together, but Superman is the leader – always was. One can only hope that this is the story they are sticking to and not just making Batman the leader because he seems to be the favorite (probably because his movies have been better so far). Making Batman the leader would throw off the entire dynamic of the team; he was not even second in command, Wonder Woman was! Do not let me down with this one DCEU, I love the Justice League! I even like Aquaman, who once kicked a soda out of a boy’s hand because he needed liquids to survive when he was only six-feet away from a water fountain. Nailed it Aquaman, let’s hope DCEU nails this movie too.

Get your crap together DCEU, Wonder Woman is your big shot. You already have me worrying about Justice League and you have not even started yet. Please stop disappointing the fans because you think you know best. It may help if your screenwriters read the comics and are fans, they would really do justice to our beloved universe.

Caitlin Marie Grimes
University of South Florida
6962
Beyond The States