Recognizing why I'm at Penn 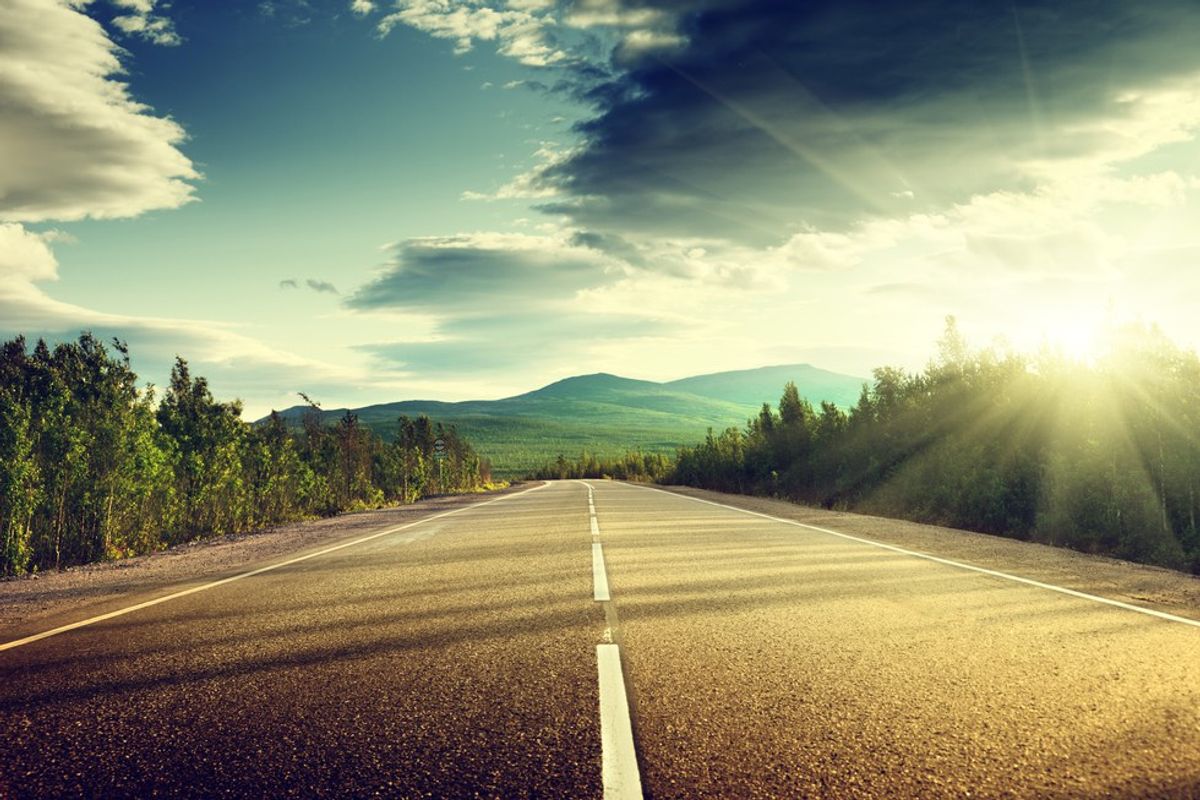 I haven’t posted in a while, and those of you who are reading this, if any, probably didn’t know I was writing for the Odyssey because I intentionally wanted my pieces to go unread. I feared letting people learn too much about me and was scared of revealing who I am in my most vulnerable state, which for me is my writing. What I didn’t realize until five minutes ago (from the time I am writing this) was that I’m also scared of letting myself see who I really am. I’ve built up an image of myself that I hold onto, instead of candidly assessing who I am and what I’m doing. Forty minutes ago I was asked to share a highlight of my life. I didn’t know what to say. I was going to mention something superficial like racing on the highway or exploring an insane asylum that would sound fun and cool, and hopefully make me look like a badass. But then I remembered something that actually was a highlight of my life, a time that sent me down a path from which I have regrettably strayed.

In August 2015 I decided I wasn’t going to go to college. Don’t ask me what I was going to do; I didn’t really know. I had some vague ideas of recreating On The Road and driving across the country in my [parents’] Toyota Camry seeing America, meeting new people, and having adventures. Maybe I would work odd jobs idown south, pick fruit on the west coast, or panhandle who knows where. Afterwards, I could retreat into the woods and find my Walden where I would be the master of my own little universe, and find some sort of peace and enlightenment. I had gotten all these vague ideas from a friend, Danny who, unlike me, actually did have a plan and was going to do organic farming with WWOOF instead of going to a university. Spoiler alert, he and I are both now in college.

You might be wondering how the future high school valedictorian, who at the age of 6 decided he was going to MIT—that didn’t work out—for the first time in his whole life questioned the presumed fact that he would attain a college degree. 12 years of the school system and 2 summers of work had convinced me that I was not getting anything out of life. In my little bubble I was excelling, but it really meant nothing. Day to day my life consisted of listening to teachers lecture about topics that now seemed irrelevant to my future, studying that irrelevant material, and otherwise wasting time on my computer or watching TV. I wasn’t living, and I certainly wasn’t free. I was caught up in the capitalist machinery that had been designed to turn me into a nice worker bee for the system. Huxley and Kerouac had convinced me that I was bred and raised to love this system which was designed to chain me, and that I needed to escape and find out who I really was. This was my moment to say FUCK YOU to the system which had always lauded me and talked about that massive potential I had to be successful in the future. Now I was about to take a giant shit all over that potential and declare my independence from average society.

This of course came as a massive shock to my parents. They tried their hardest to get me to see the error of my ways. They, however, were too logical in their ways, and any attempts to show me how irrational my lack of a plan was failed. Deep inside I knew that I had no real way of making money, that I would never stand a chance out in the world alone, and that eventually I would have to come crawling home, but at the time my optimism and confidence were elevated to such a degree that I was certain I could make it in the world alone. For me, there was no room for questioning my decision because there was no plan B, I was resolute that this had to, and thus would, work out. Even one of my best friends of 8 years, Jack, tried to understand what was going on in my head, and show me how this was not going to work. He actually knew how to survive in the woods, whereas I couldn’t start a fire, set traps, build a shelter, or do literally anything but bubble in circles on a Scantron. It was my brother Nikhil who eventually got to me, who accused me of being selfish and pathetic, and asked me what had changed inside. I used to have grand dreams of making it big, of becoming successful and now I was dreaming of becoming a bum. The beatniks I was idolizing were drug addicts who still relied on the infrastructure built by hard-working every-day-men to survive. I was trying to make myself happy by being “free”, but he contended that I wouldn’t be happy unless I achieved something in life. I didn’t immediately agree with him, but I did realize something important. I used to have dreams of doing good for the world, of improving healthcare, decreasing hunger, ending violence and I had given up all of these things for myself. The world had provided me with everything I needed to live a comfortable life for the past 18 years, and my repayment was to go off on my own and not give a shit about what happened outside of my own little bubble of self-interest.

Previously, senior year had started with me telling my guidance counselor I was not going to college, but six weeks after the school year began, I ended up applying to Georgia Tech as a bioengineer because I had realized that my brother was right. I wanted to achieve something in life, and I realized that my life’s purpose wasn’t just to care about myself, but to care about those around me, and those I had never even met before. I wanted to fabricate medical devices that could diagnose illnesses and synthesize the drugs that would cure them. “I want[ed] to save lives, reduce suffering, and fight disease. I want[ed] to become a biomedical engineer whose inventions help the ill around the world.” First semester here at Penn, I lost sight of a lot of that purpose. I was thinking about money all the time as I watched everyone spending and obsessing over the stuff. I was already becoming bred into Wharton and wondering what my internship would be for the summer and what I would say in my OCR interviews junior year. My friend Andrea called me out on my superficiality, recognizing that I shouldn’t need to save “10 million lives” but ought to be happy with just saving even one life, and that the true motivators behind my goals were fame and fortune. It has taken me a long time to realize that she was right about that, and to see that everything I spent time on first semester: cram-studying, partying, and talking about either frats or girls, had nothing to do with why I really came to college.

I came to college to gain the knowledge and experiences I need to make the world a better place. I know that sounds ridiculously clichéd, and Andrea would still be shaking her head, but in this moment it’s true. I don’t know if I’m actually going to do anything great, or if I’m just going to be another banker or hedge fund analyst jerking off to my paycheck because I’m not actually doing something substantial in my life. We’ll have to wait and see what becomes of me. I don’t exactly know why I wrote all of this;, but I guess I spent the last 5 paragraphs recognizing who I ought to be, and asking anyone reading this to remind me of this whenever I stray.