At this point, I can’t see myself being anywhere else 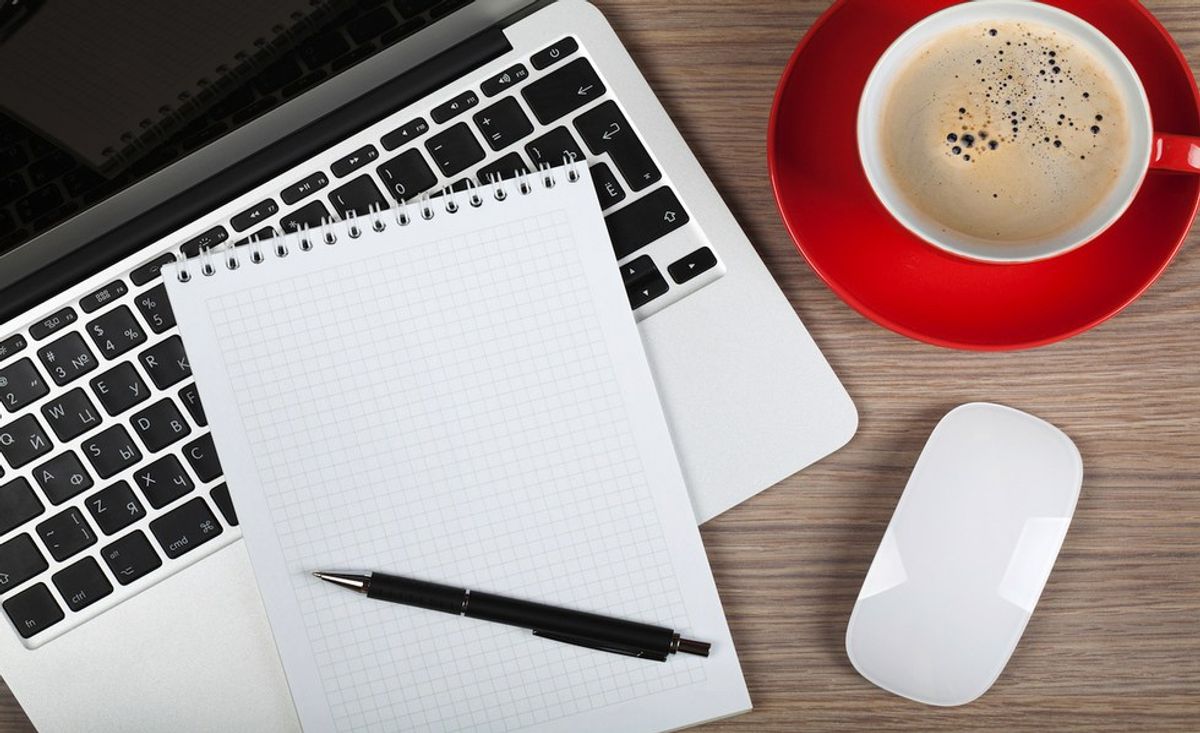 Coming into college, I was completely unsure of what I wanted to do with my future. All I knew was that college had to come before whatever my future would hold and that I needed to make a decision; and fast. Some people who are undeclared struggle with finding a career path because they may not have a passion for anything. My problem was just the opposite; I had too many. I loved to write and I loved math. I also loved all things art involved like drawing and painting. At that point, I could only narrow down my options by the things I did not like; history, science, and anything having to do with computers or kids.

Being surrounded by all my friends who seemed to have their whole lives planned out (spoiler alert: they didn’t) was putting more pressure on me to figure out what I wanted to do. “Where do you see yourself in 10 years?” I would constantly be asked. I broke down in tears every time because I just didn’t know and I wish everyone would stop asking me and let me figure it out.

Speaking with one of my peer counselors this past February put everything into perspective. “Why don’t you write for The Odyssey?” And so it was.

Over the course of these past few months, I have written 37 articles and with each one came a sense of accomplishment. I felt a rush when I saw my name published and the page views racking up. People were actually reading my articles. People actually liked my articles.

Odyssey was the gateway to my decision to declare my major as Communication with a concentration in journalism. I applied for journalism classes last spring and here I am during my fall semester taking Introduction to Journalism. I’ve never been happier.

At first I do admit it was intimidating. I’m in a class with people who have known they wanted to go into this field since they were younger and here I am newly decided. I almost felt like I was intruding into some forbidden territory. I think this week has entirely changed my perspective, though.

They say that journalism gives someone a chance to unveil hidden truths and really discover things that no one else knew before. We as journalists are able to give a voice to those that may not otherwise have one. I kept on hearing people say that they wanted to be a journalist in order to help people and I just didn’t seem to relate to them. That is, I couldn’t relate until my first interview.

The interview process has always scared me as I do consider myself to be shy, but my first interview I ever conducted just so happened to be with my EOF director, Colleen Johnson. Although I was nervous going into the interview, I felt more at ease as the time went on listening to her answer my questions. I found the stories she told me to be something that not many people would know about unless they were put into an interview setting and it dawned on me in that moment that the emotions I felt while finding out all this new information was what everyone else was talking about. I was unveiling new information that affects people in the most private way, as if it were a well-kept secret.

It took me a long time to figure out where I want my path in life to go but I’m glad it came to me in a moment such as that one. Now looking back, I can’t imagine myself being an art major or a math major. I can only see a journalist and I wouldn’t have it any other way.

Nicole Marie Nigro
Individual Creator
6836
c1.staticflickr.com
Where to start...... Let me start with the cliche that life throws us curveballs and what we do with it is what counts.